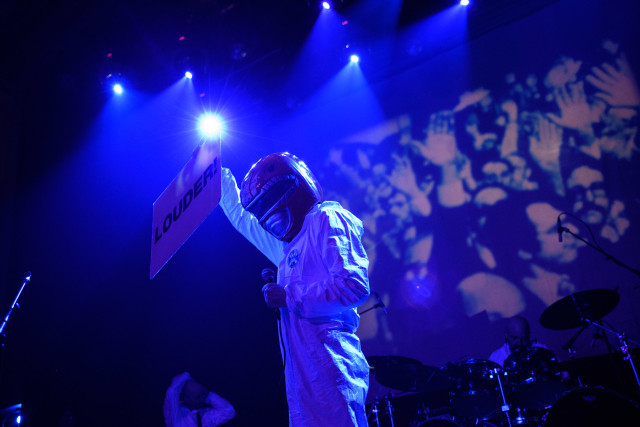 When asked if I’d like to check out Super Furry Animals, I quickly jumped at the chance. I hadn’t even realized they were still touring. As an added surprise that night, we were treated to the psych rock of Dead Meadow, whom my ears had dabbled with in the past.

My bones ached for Summer the minute they started their set. Some bands have a season, and theirs must be the heat of the summer months. I desperately wished to be on a deck somewhere, drenched in sweat, partaking in cold beers and watching the passersby.

I’m not too familiar with their catalogue overall, but was pleased to hear several jams off of the 2008 record Old Growth. Though much of the audience was well over 30, they did bring in a small pack of all-ages fans who lazily swayed back and forth as the rest of the floor filled in. 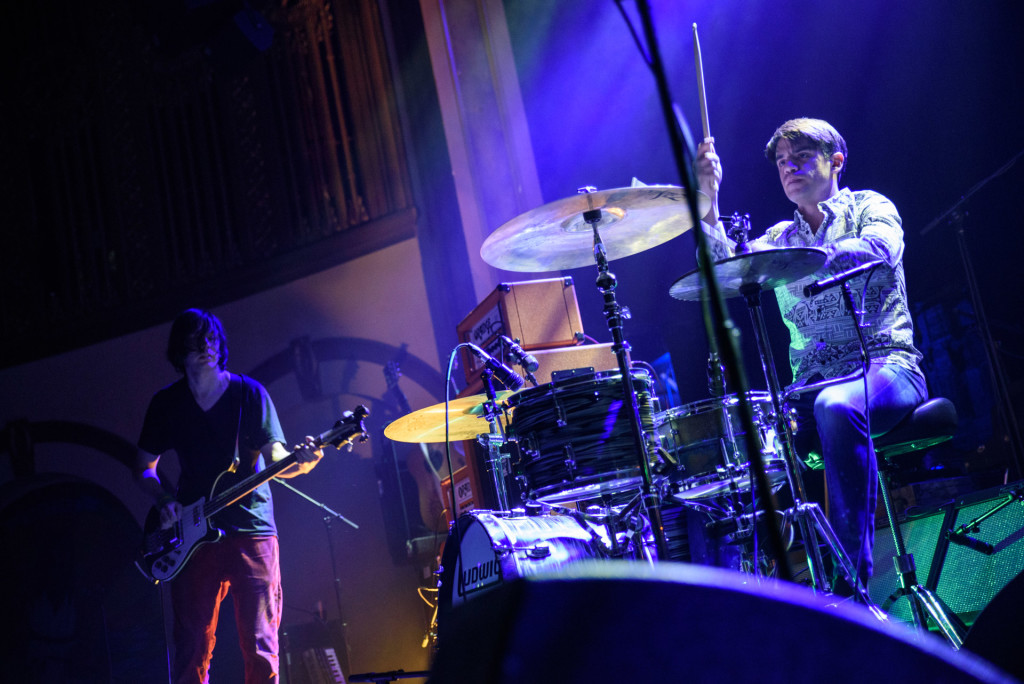 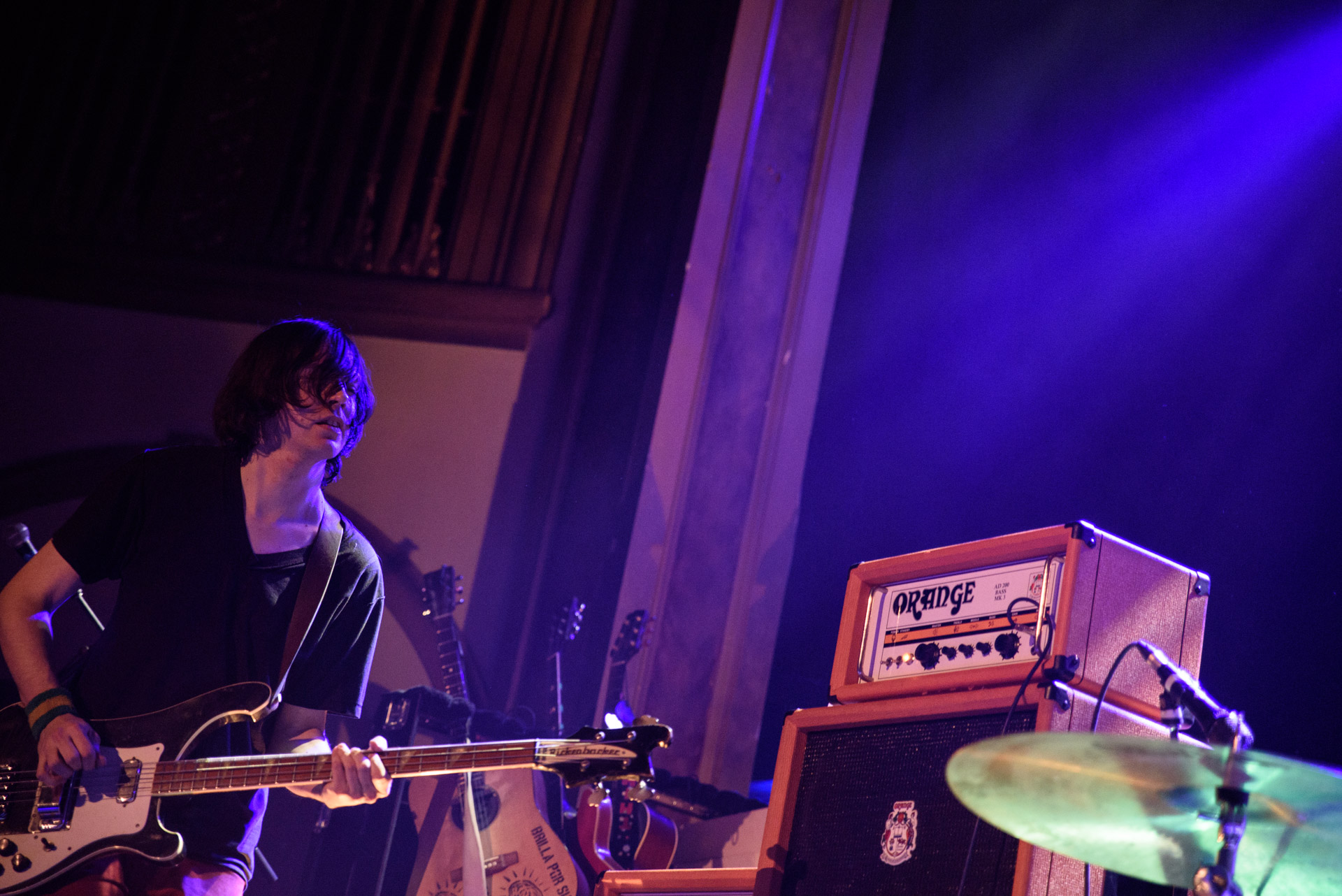 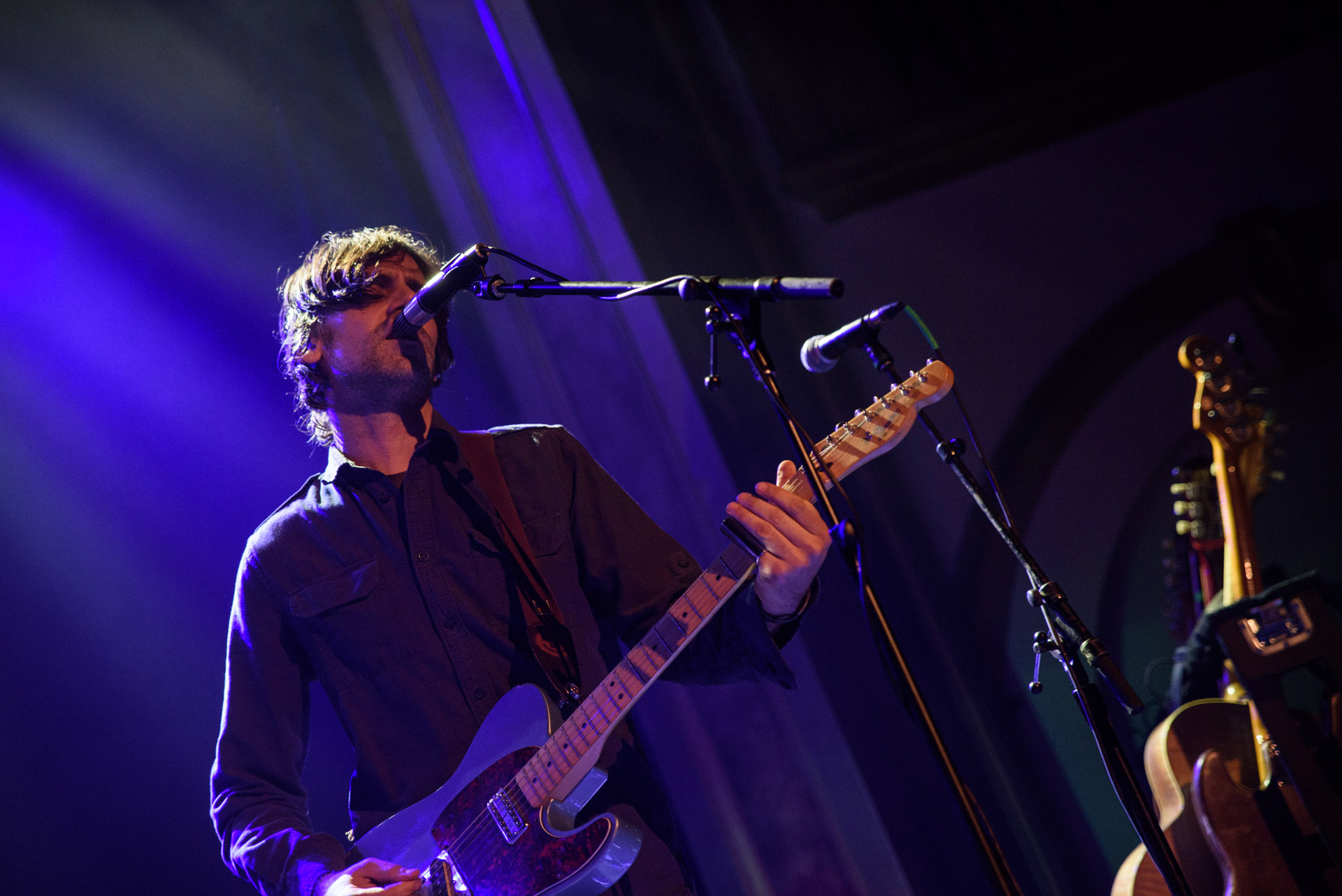 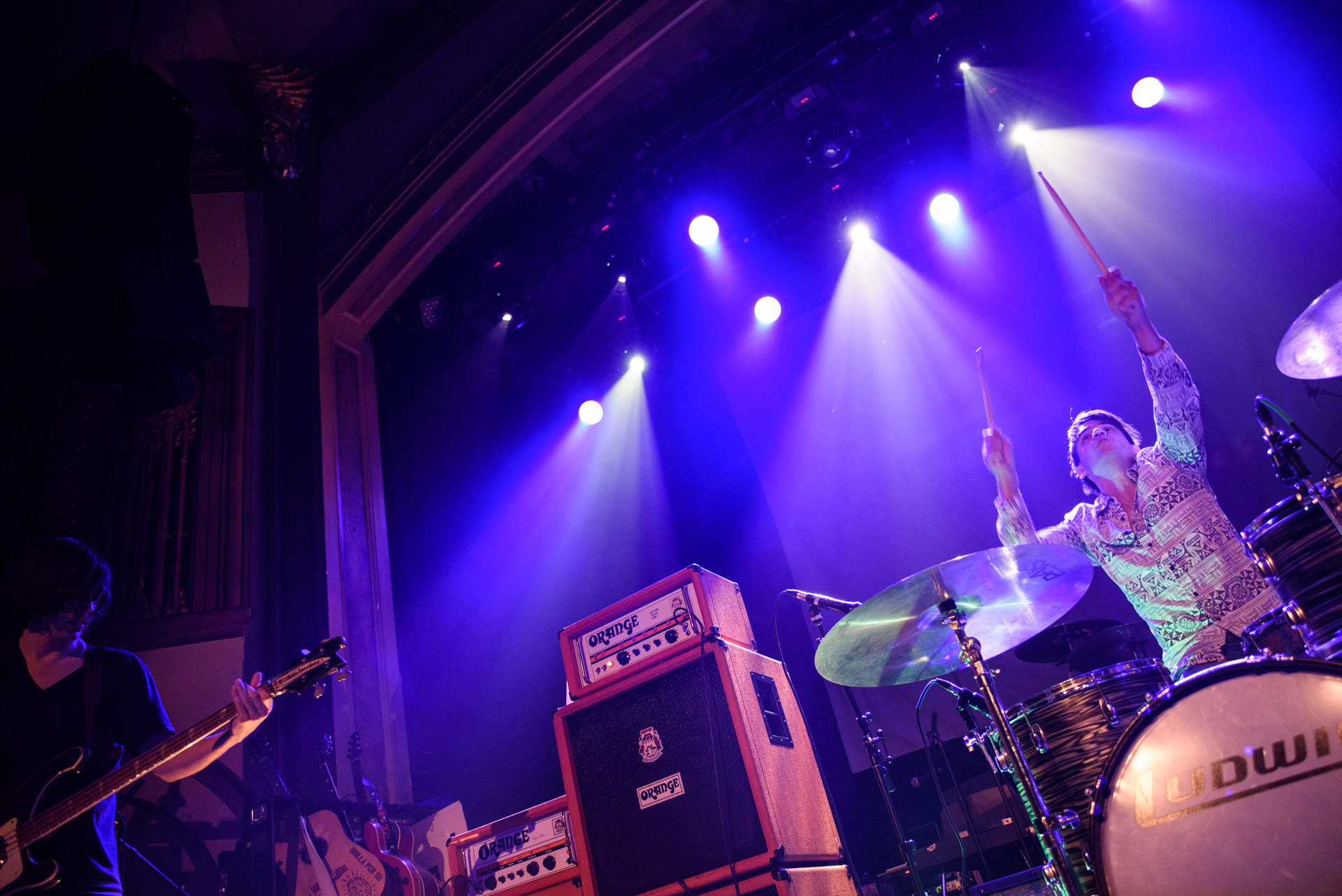 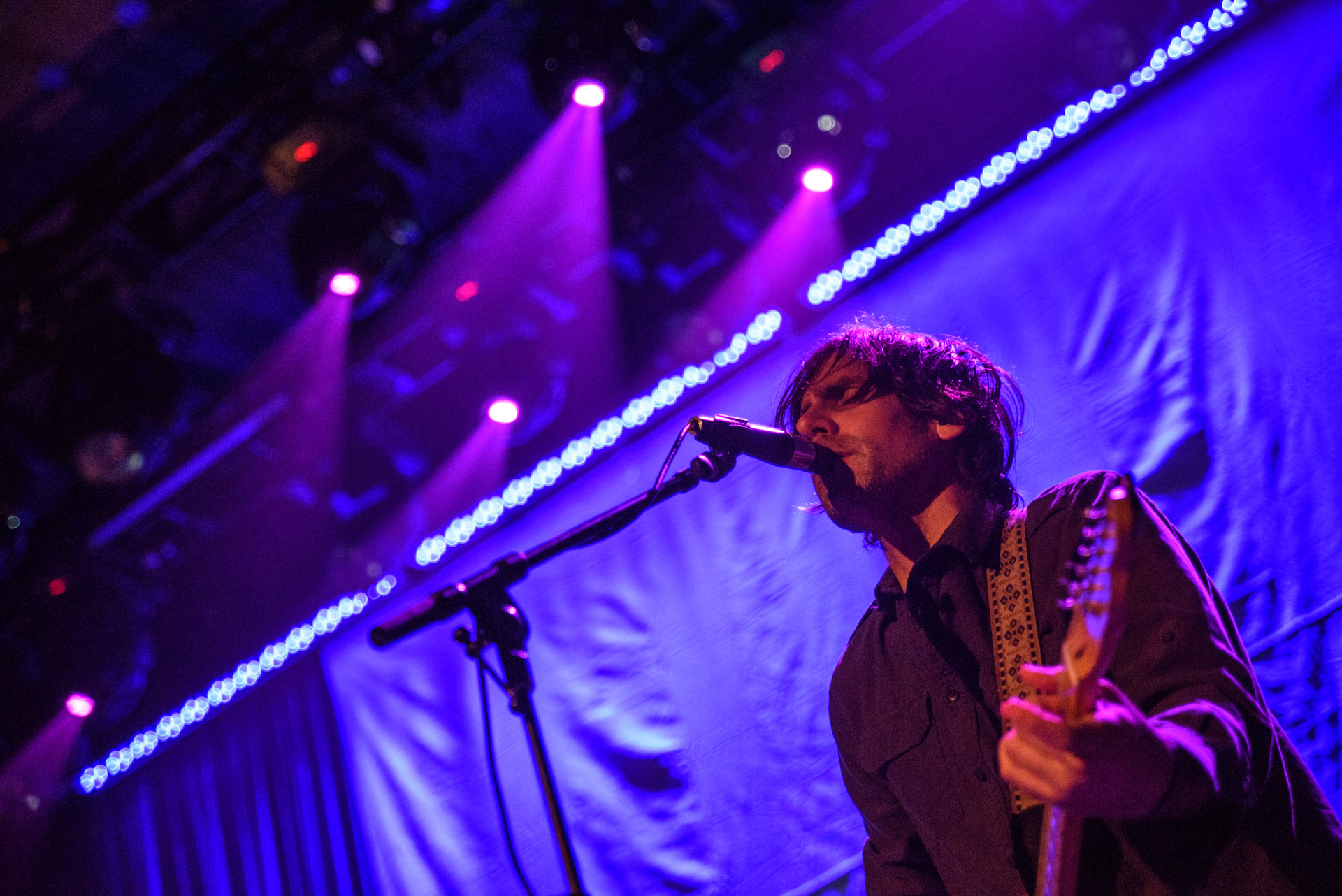 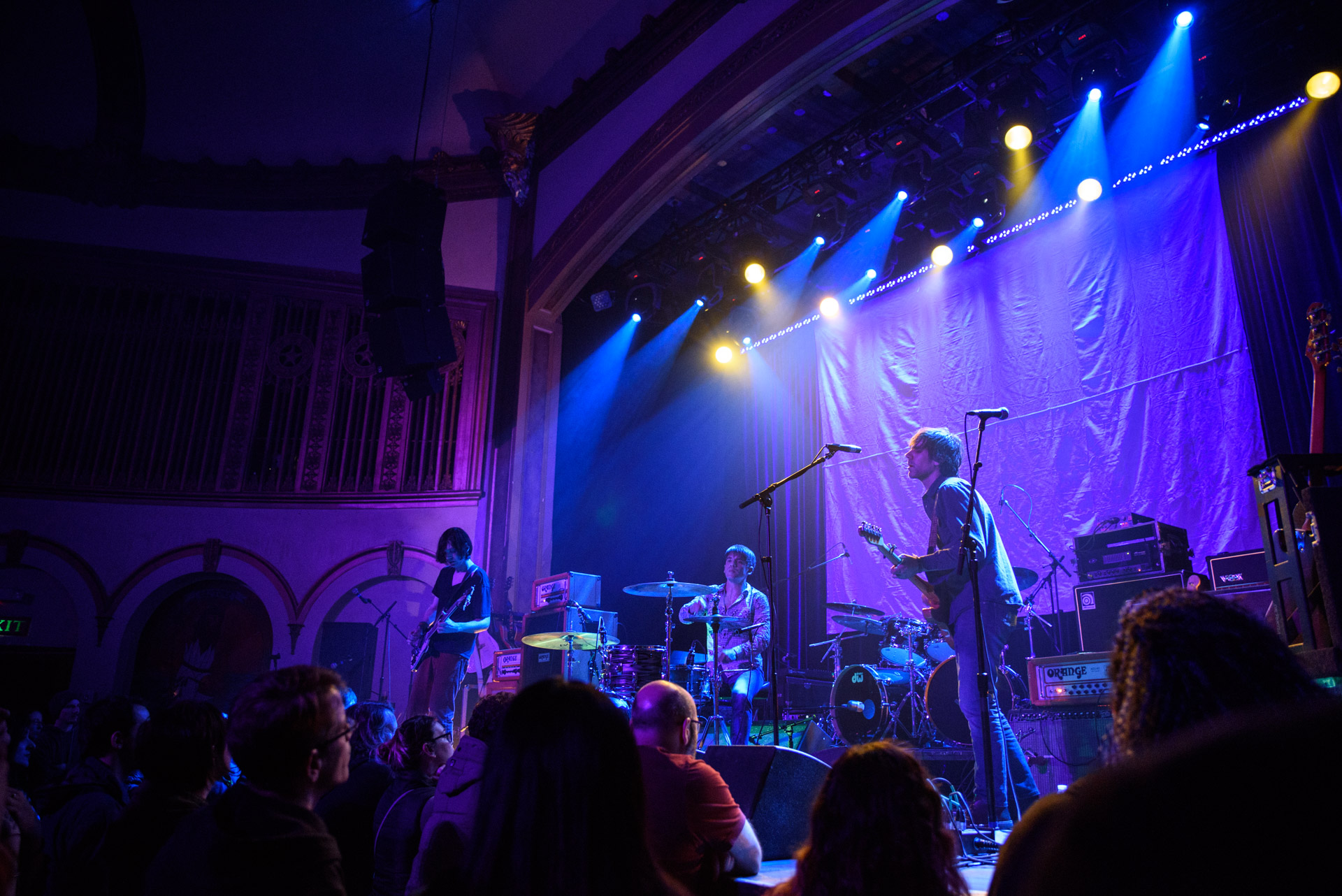 A late bloomer to britpop, I found Fuzzy Logic about 6 years too late, discovering it on an internet radio station while devouring daily online jigsaw puzzles. Totally nerdy. I know.  Fuzzy Logic is in my opinion almost too out there to be considered full-fledged britpop, but still had a ton of catchy singles on it none the less. I didn’t delve much farther into SFA, but definitely recognized some songs over the course of the night.

As the lights went out and faintly back up, lead singer Gruff Rhys suddenly appeared in some kind of over-sized Power Rangers helmet? He held up an APPLAUSE sign for the audience, and shoved the mic to the expressionless facade, hiding from view.

On tour purely to please the fans that have missed them, SFA were men of few words for much of the night. They held up signs for the audience to react, letting the music & immaculate visuals projected behind the band speak for them instead. “God! Show Me Magic,” “Bad Behavior” and “Hometown Unicorn” echoed across the walls in dazzling  four part harmonies. We were even treated to fictional rich bitch Summer Roberts’  boobs’ theme song, “Hello Sunshine.” I’d completely forgotten it was one of theirs!

As the night wore on, I realized how truly beautiful their harmonies and instrumentation were.  Super Furry Animals definitely deserve another listen, and I’ll be having a good headphone session with everything I’ve missed. 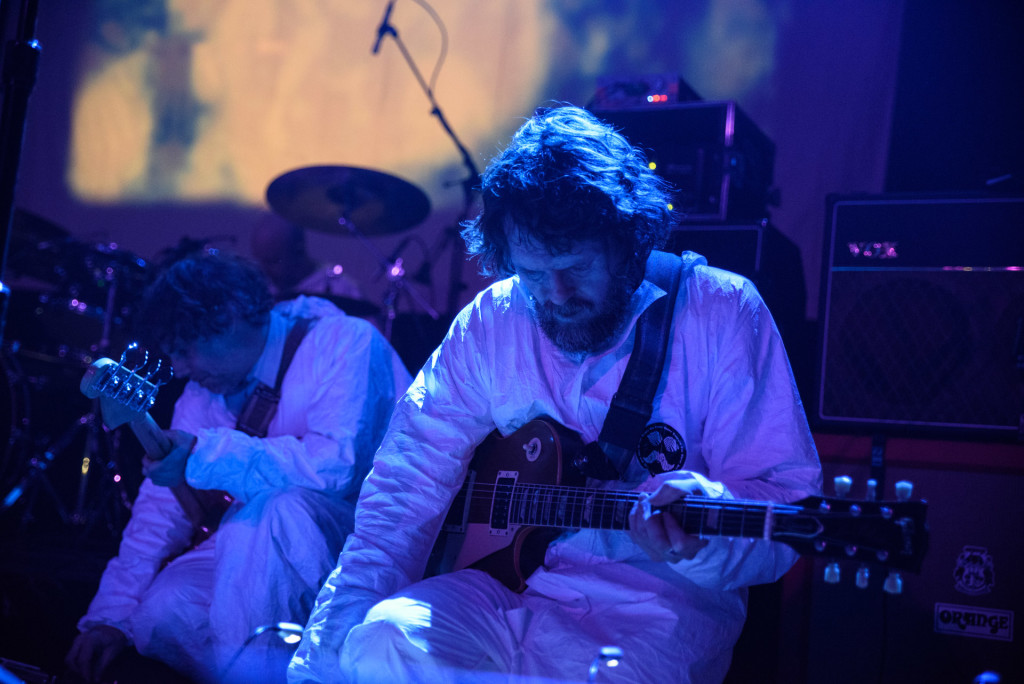 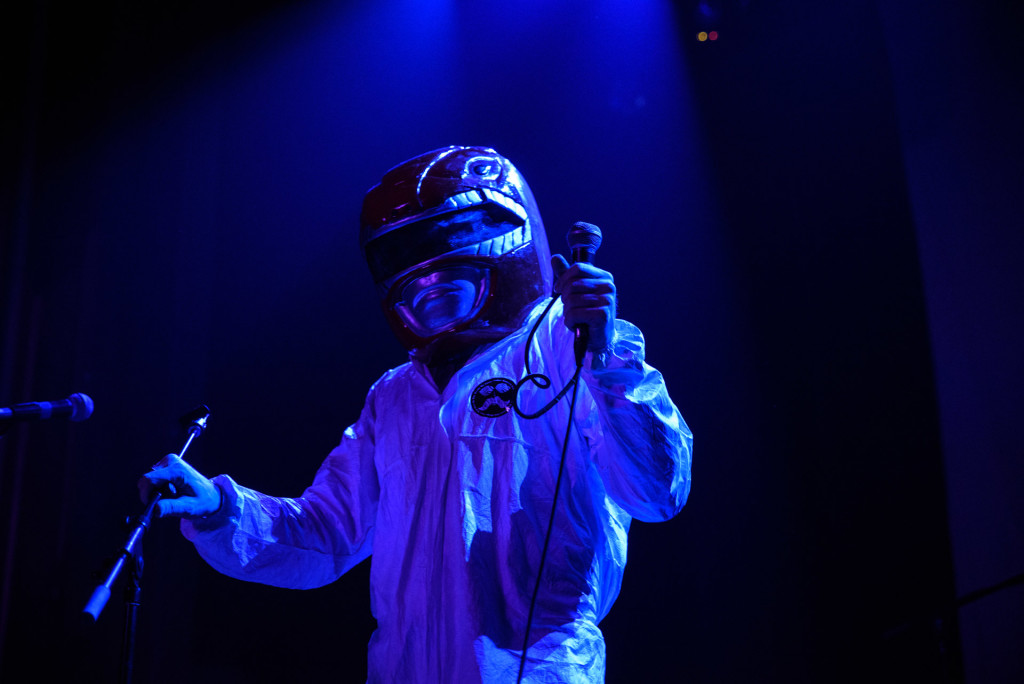 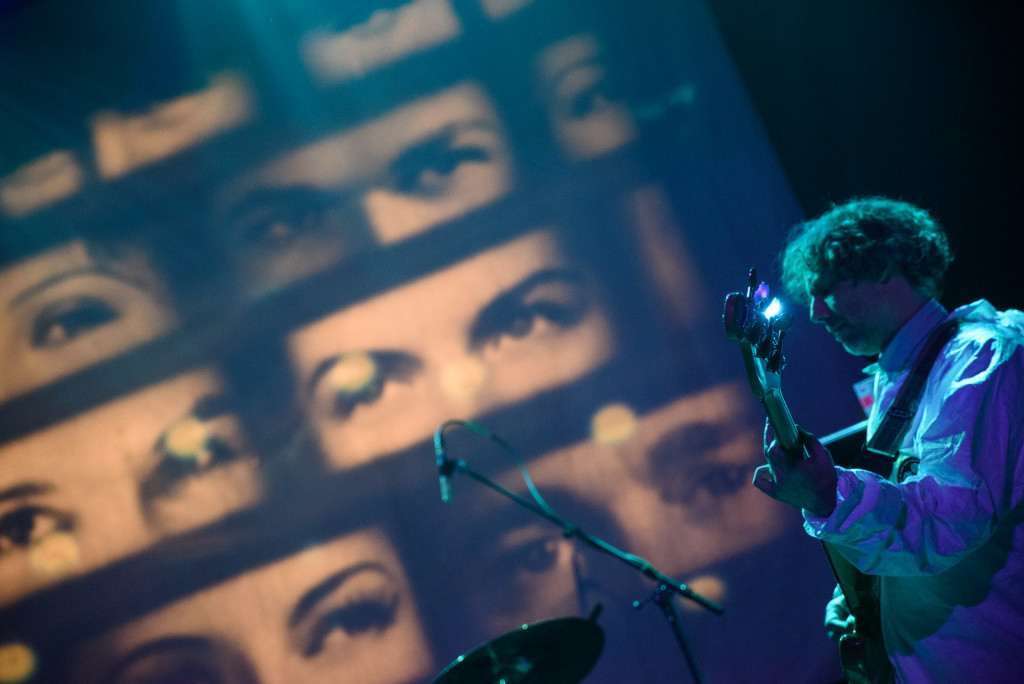 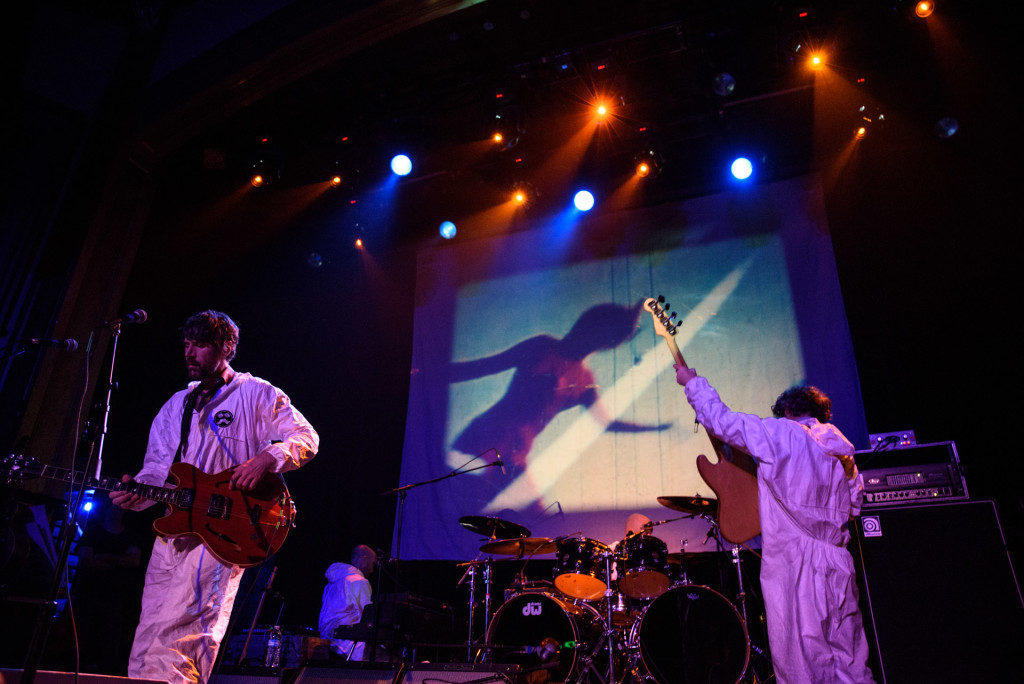 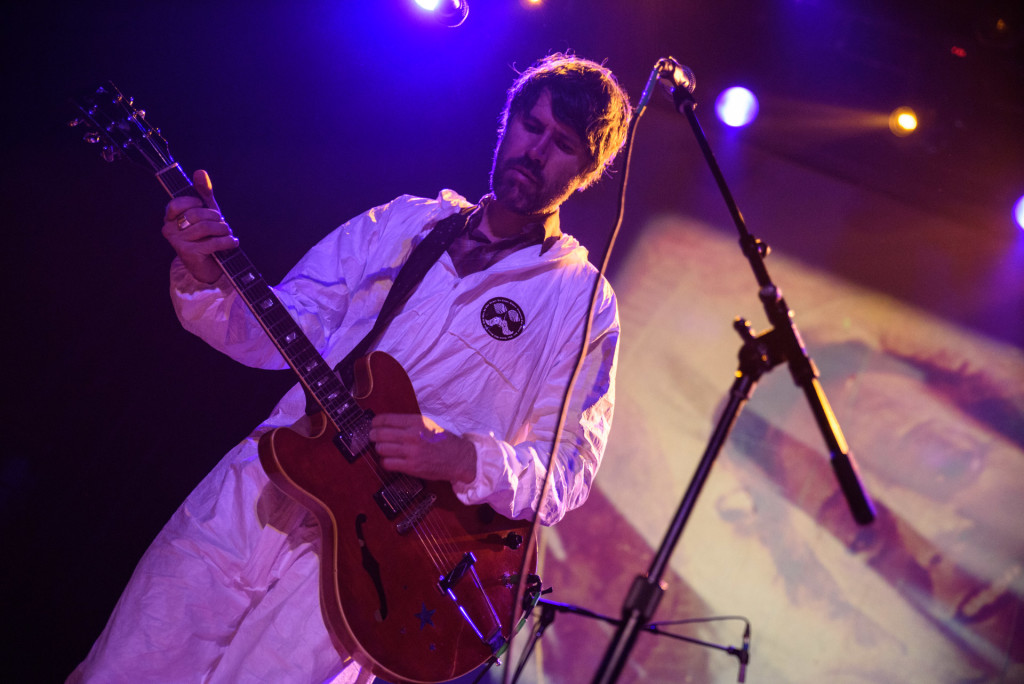 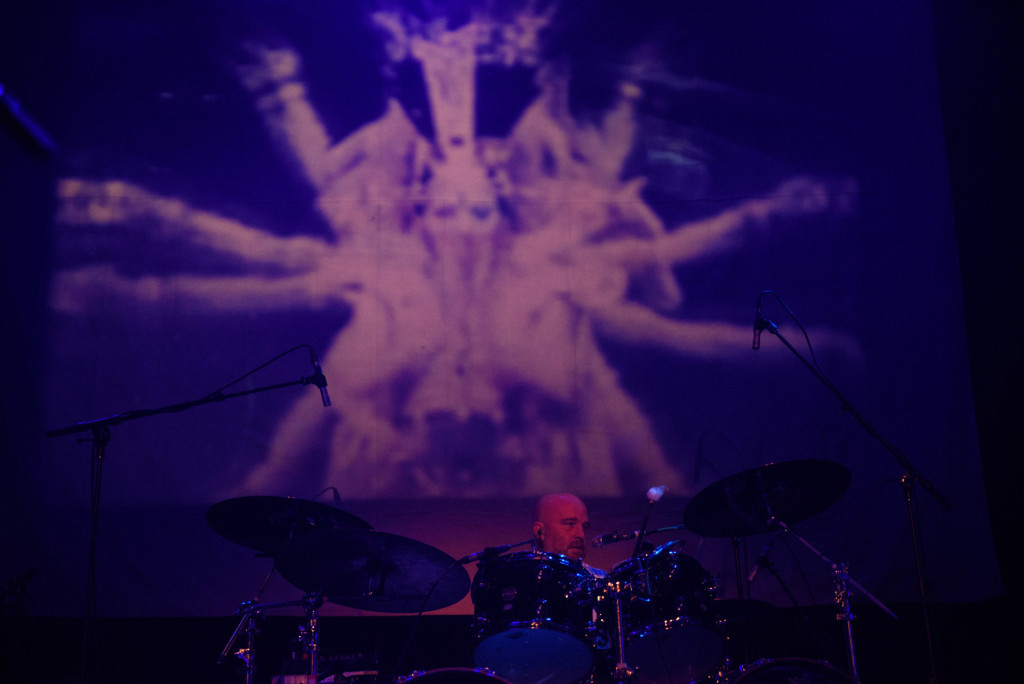 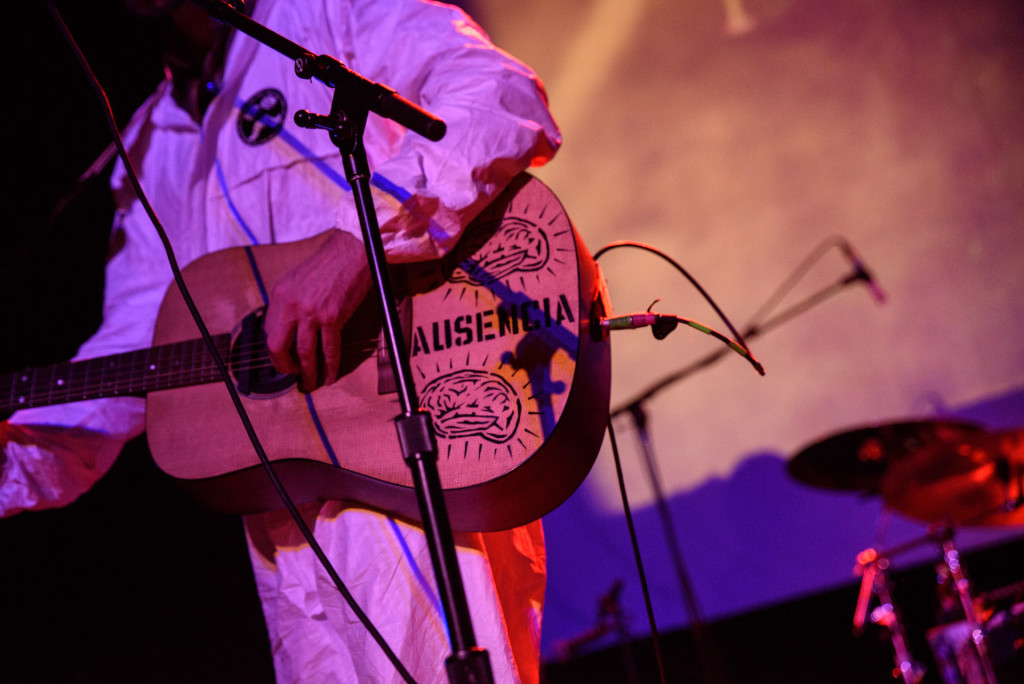 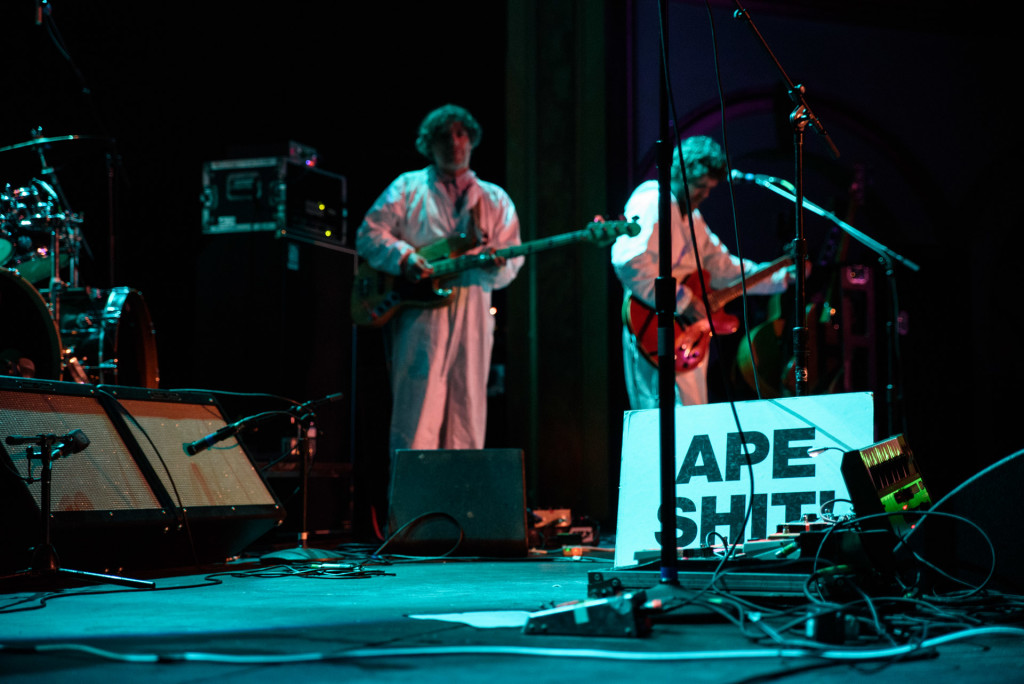 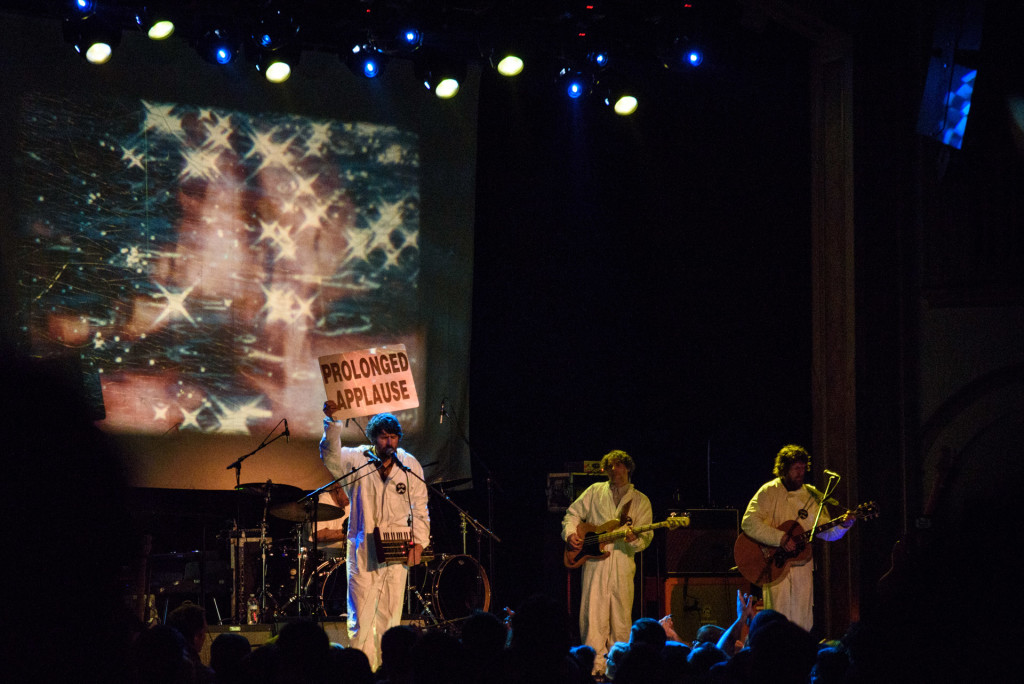