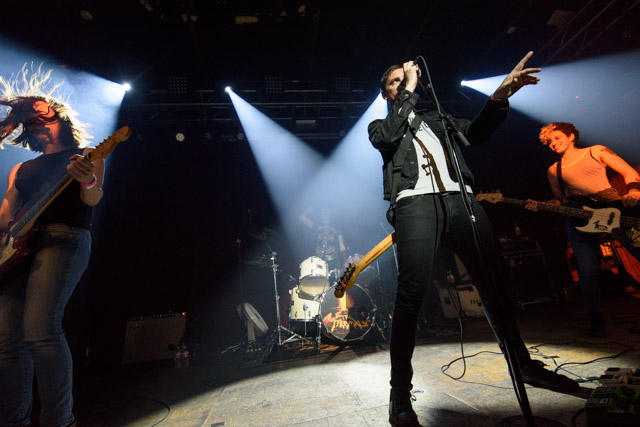 Photo Essay: The Thermals, Wimps, and Dude York at Neumos

Dude York kicked off the night with a raucous set, waking us up from the post dinner burrito baby blues. Dude York is like if Weezer and a hair band had a baby. Weezer tried to be a hair band’s baby, but failed. These guys got it right and exude rippin’ arena rock licks and punk ass tude, along with a touch of Weezer’s harmonies and thunderous drum fills. None of this holier than thou crap that so many hair bands fall into these days. What? Anyway, basically they totally party. It was good you guys. I liked it. 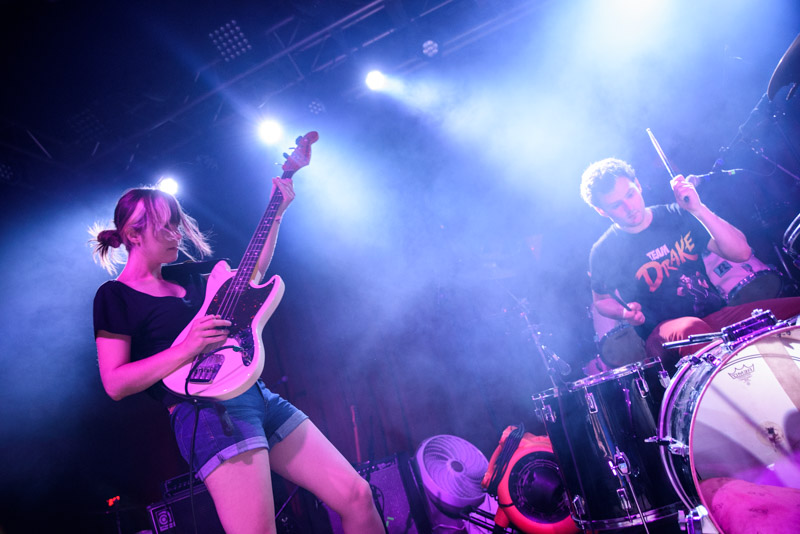 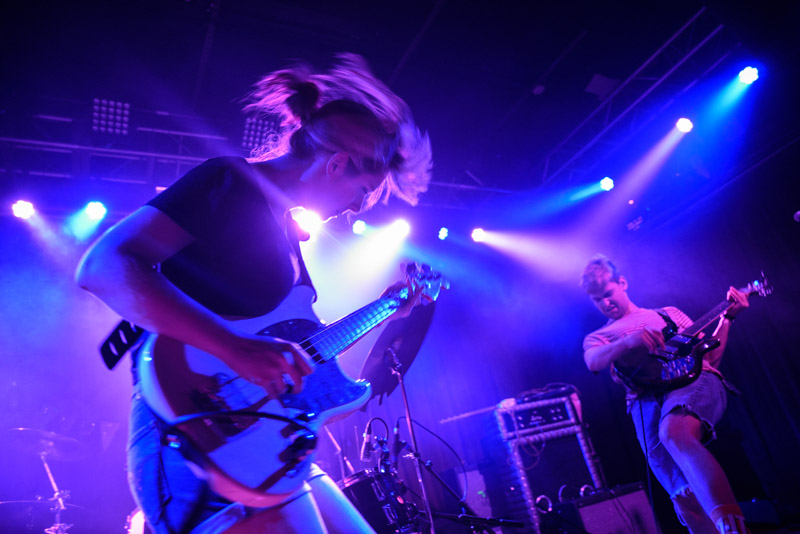 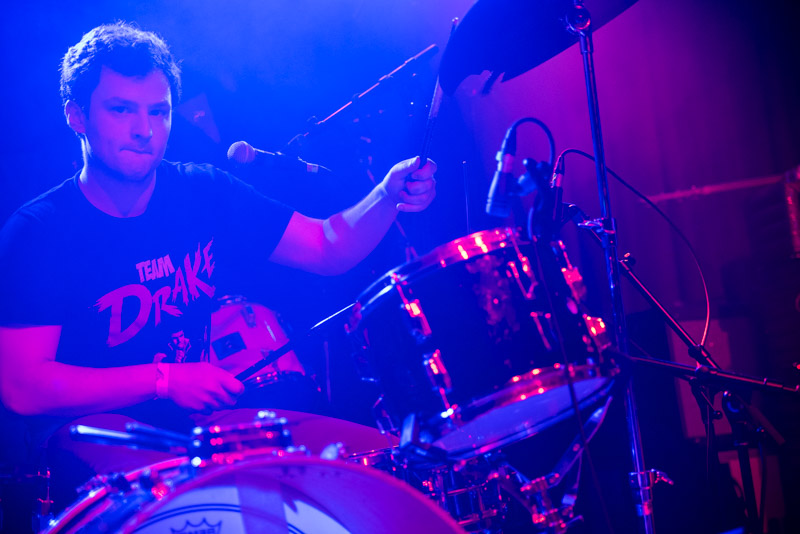 In a move that didn’t surprise me in the least, “Say it Ain’t So” showed up between bands on the speakers and the crowd spontaneously started singing at the top of our lungs. See, I was right about the baby.

Wimps showed up and pummeled the crowd to attention. Their brash punk rock seemed almost out of place in Neumos, like the venue was too…aristocratic. It felt wrong, like we would both feel much more comfortable in a basement punk rock pleb party. We could throw beer cans at each other, end up in a pile of limbs all over the floor, and wake up the next day with a headache and our ears pleasantly ringing. Eventually the kids warmed up to them and started a mosh pit so we all felt normal again. Thank the rock gods! 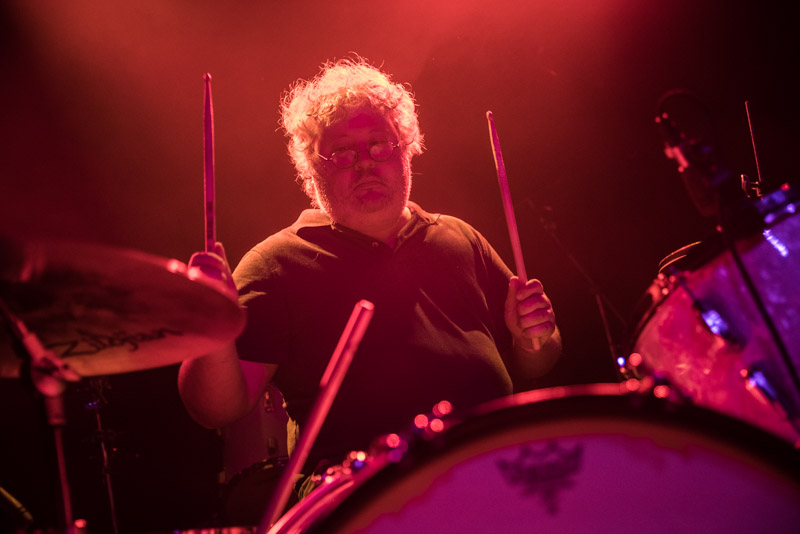 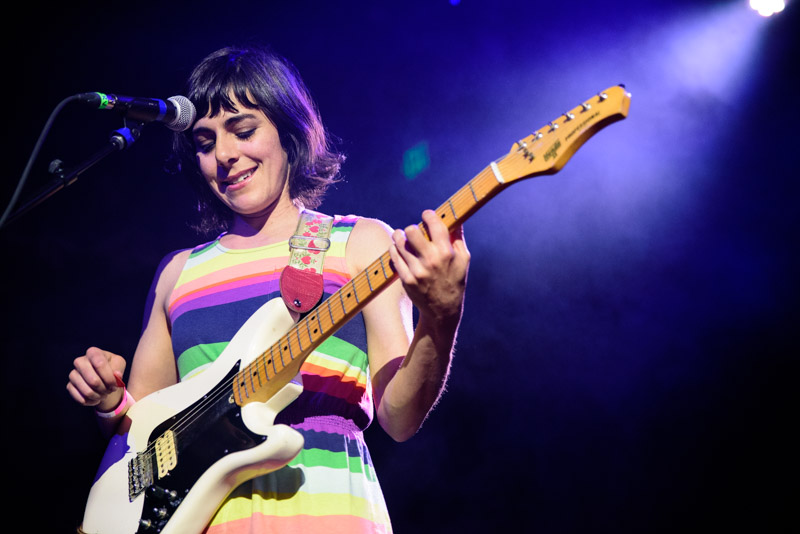 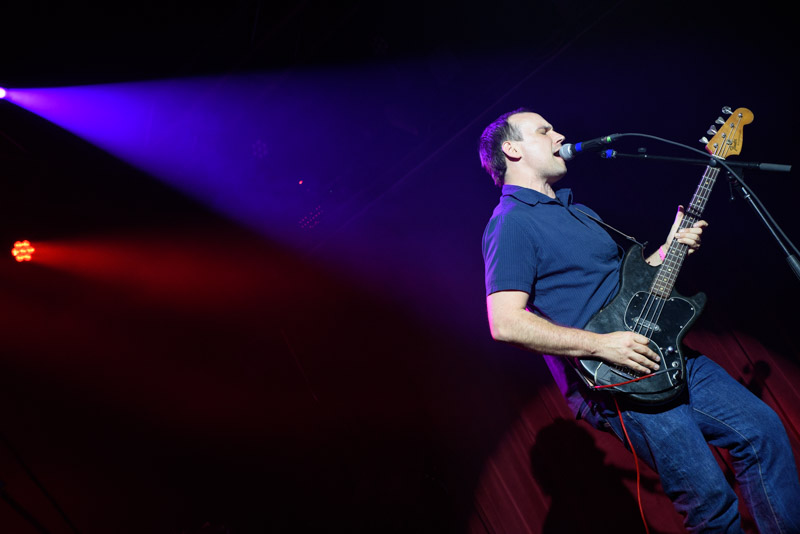 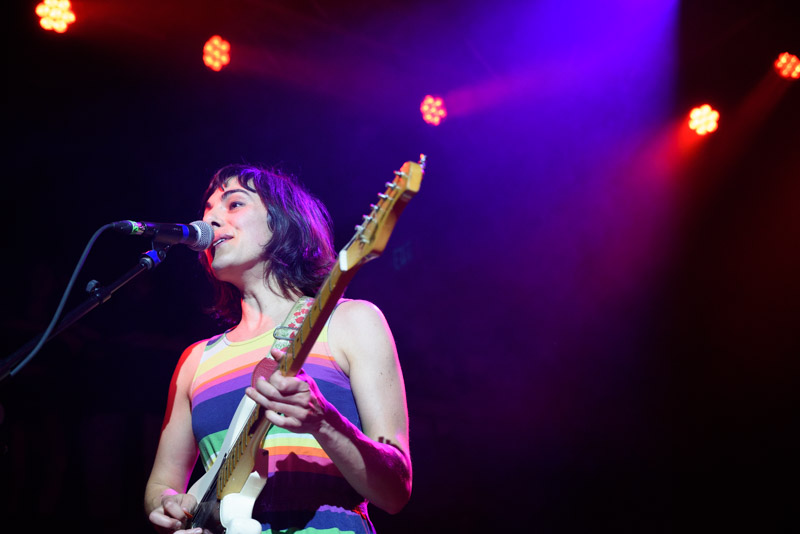 The Thermals are a band. A band who LOVES gaff tape. I immediately respect anyone who loves gaff tape. If you’ve never heard of it, get a roll. It’ll change your life baby. They needed that tape too. The minute the Thermals took the stage and started squealing through some older tunes, the crowd went four loco crazy. Arms and limbs thrashed in every direction.

After the room was sweating profusely, they started in on tracks from their new album We Disappear. Hutch Harris let his voice take center stage on these darker tracks, letting their new fourth member take over on guitar. The Thermals’ new guitarist Jessica Bordeaux (Summer Cannibals) wins the award for actually living the hair band dream with killer riffs and music video ready locks billowing in her own personal stage fan. As the new tracks skewed into an obviously different direction for the Thermals, the writhing mass still ate them up. In my opinion, it’s not a proper rock show if you don’t leave injured, sweaty or hoarse from singing along. I left Neumos with a bruised knee and covered in bro sweat so it was a pretty good show in my book. 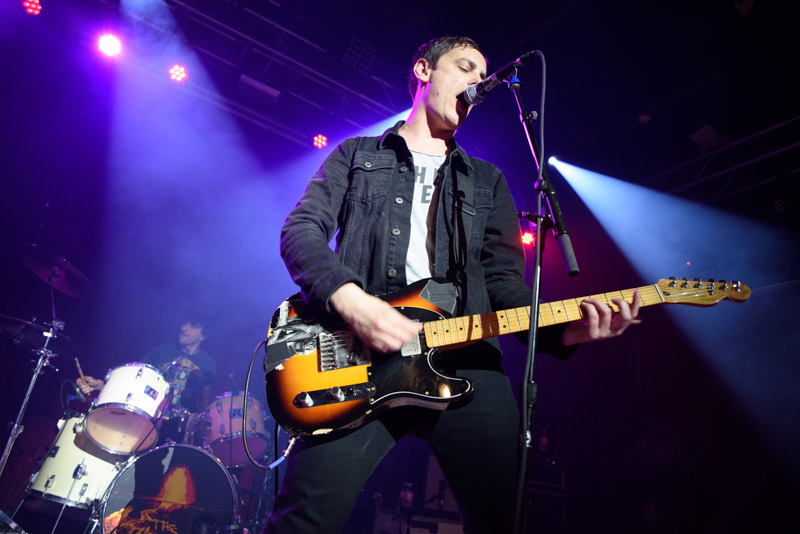 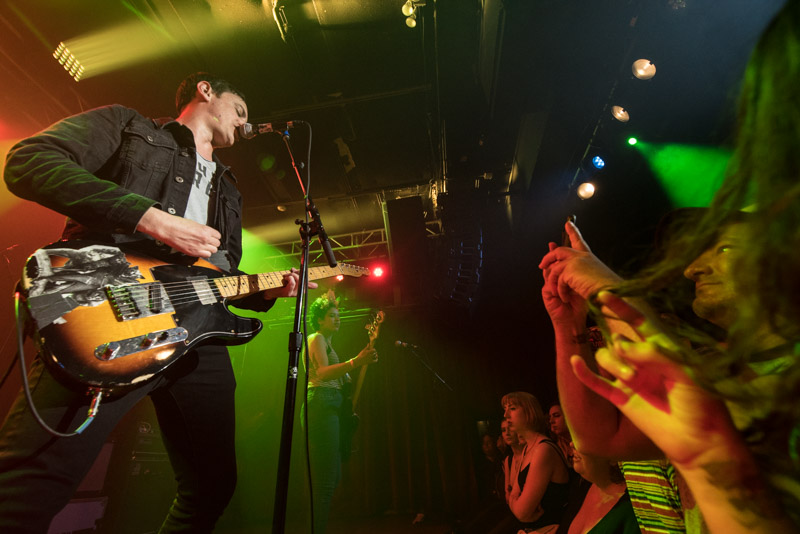 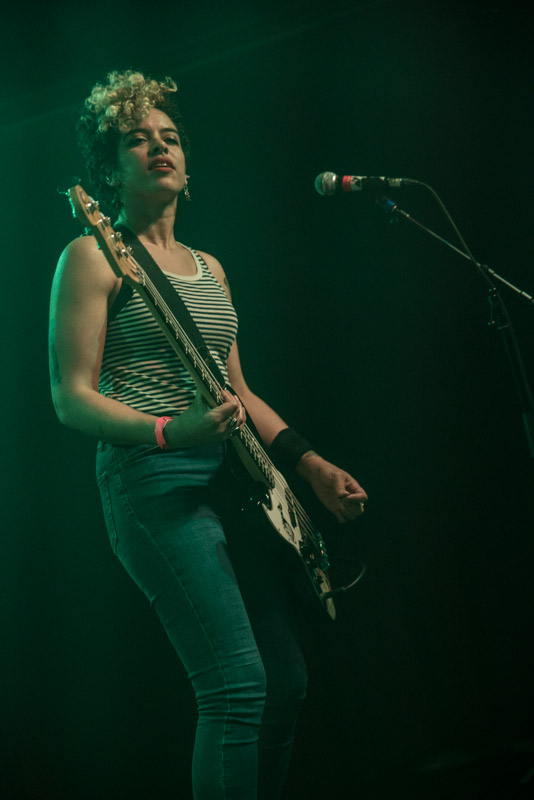 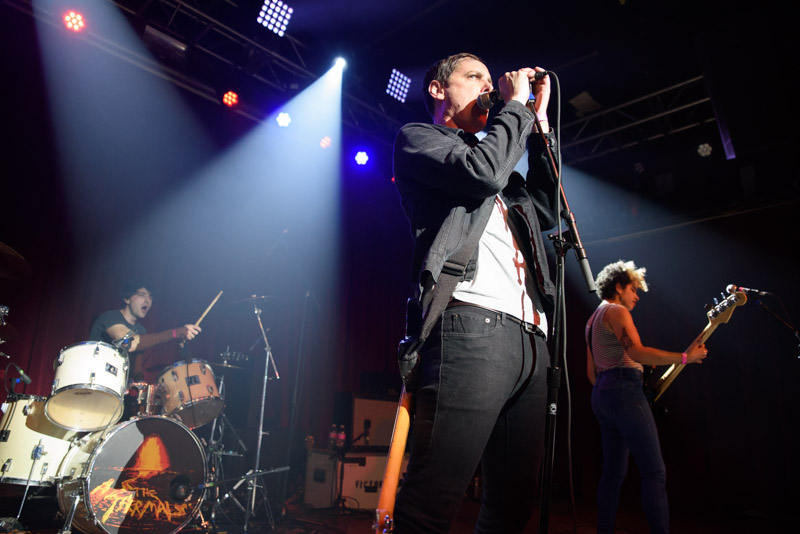 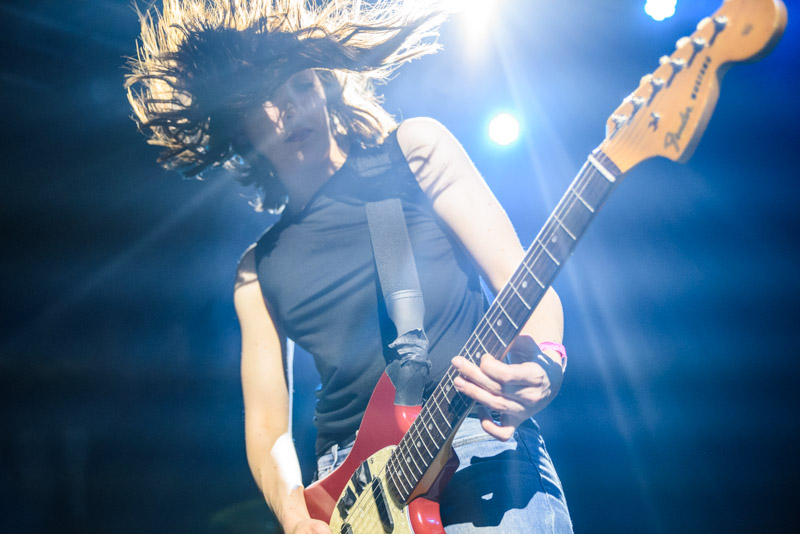