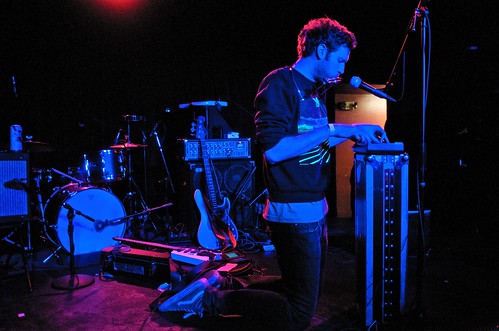 Quick. What comes to mind when you hear Calgary, Alberta? the Stampede?

oil? The Flames? Cold? Sure, all those things are distinctly Calgary when the crowd shouted out those words for Chad when he introduced himself on stage at Chop Suey. He jokingly referred Calgary as a bumhole of a town but we know what the real secret is. For Sub Pop's Chad VanGaalen, he's been secretly honing and perfecting his homemade basement recordings since 2004 with his 'Infiniheart' release to fully untangling all the beautiful sound clutter with his albums Skelliconnection (2006) and Soft Airplanes (2008). Skelliconnection was on the shortlist in 2007 for Canada's Polaris Music Prize (our annual music prize for the best full length Canadian album based on merit, regardless of genre, sales or record label). That says a lot. With Chad's influence on the Canadian music landscape he brought out label mates Women (Flemish Eye) to support him on his US tour.

The first band that played was Cataldo who played simple predictable melodies of folk pop. They lost some of the crowd's attention after 3 or 4 songs but since they played first and everyone is just starting to get their drink on, you're forced to ponder the clever songwriting sung by frontman Eric Anderson. Not bad. 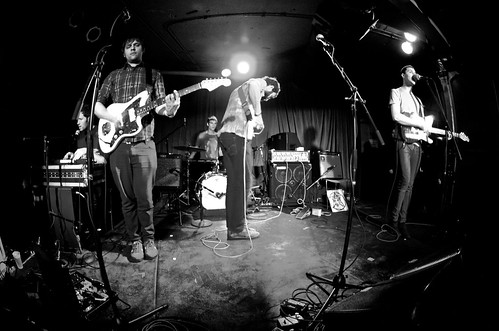 To be honest, the draw for me for this show was Women. They've had some hype when Pitchfork gave a a solid review of their debut self-titled album last year. Their song "Black Rice" was named as one of the top 100 tracks of 2008 by Pitchfork. While the above has garnered them much attention, the band continues to push the music envelope with their fuzzy noisy brand of post-pysch rock. 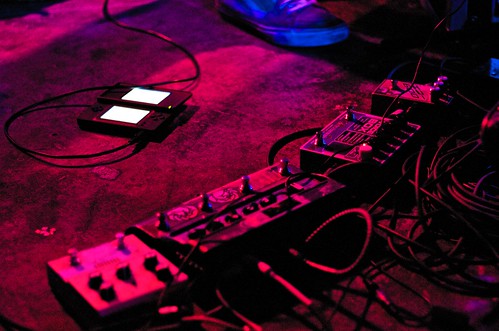 This was actually the first time I've seen Chad play live and it's only through Women that I've become a fan of his recently. He truly does have an inventive approach to his music. For example, incorporating sounds from an Nintendo DS and playing with a Steinberger guitar. With his hard to miss Neil Young-ish voice, all this adds up a unique blend of rock from the Stampede city. 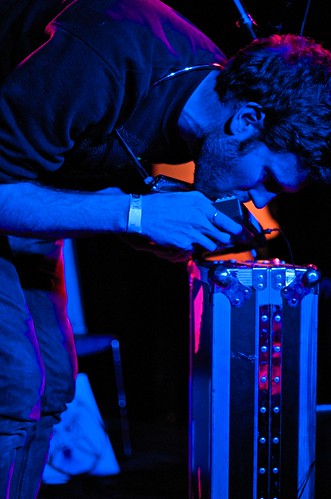