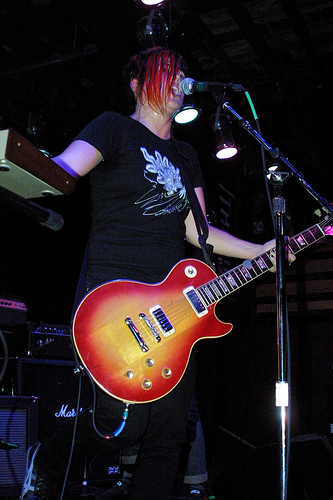 Photo of the day: The Redwood Plan at the Crocodile 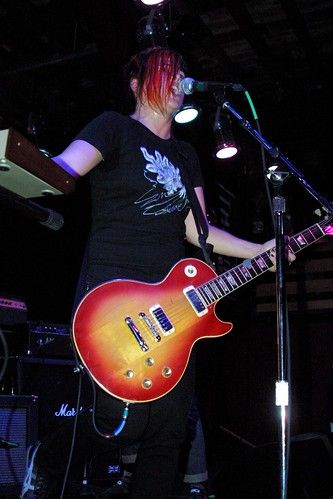 The Redwood Plan's Lesli Wood is one of the coolest people in the universe – so it only makes sense that her new band (TRP) is cool as sh*t as well.  Here's a photo from their recent Crocodile show… is she playing two instruments at once?

Thanks to Amelia Gyde for adding this photo from the recent show to the Three Imaginary Girls Sparkly Indie Pop Flickr Pool!

The Redwood Plan are playing tomorrow night (Friday) with Connecticut Four at the Boundary Bay Brewery in Bellingham (say that 5 times fast) and they'll be at the Comet Tavern (in Seattle) on May 21st.