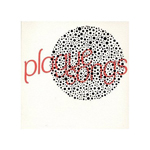 Nothing says fun like biblical plagues! I mean, I'm sure the pharaoh was having a blast (or so I'm lead to believe by The Ten Commandments), so why not make an entire album that sets the whole thing to music. Bloody brilliant! For those of us just waiting for such a miraculous intersection of indie and religion (Jeezy creezy, is this the new trend? I'm looking at you Thermals and Cursive…) here it is. Plague Song reminds us that when God gets pissed, watch out! Otherwise, enjoy the music while you can.

Alright, for those of you who didn't enjoy a rigorous Catholic upbringing, here are your plagues (all from the non-stop party known as Exodus):

Now we're all up to speed lets get to the musical accompaniment. When you talk about setting the mood, Plague Songs nailed it with Klashnekoff's "Blood", a dark, sinister track somewhere where Tricky meets Dizzee Rascal. The variety of bands here could have made it easy to start off with something a little more indie and cute, but "Blood" makes sure to make us remember, the plagues aren't much fun. They're nasty. Things settle down a little more for King Creosole's "Relate the Tale", where frogs take center stage and the plague is relayed as a more a Modest Mouse type indie track. And just when you think the plagues couldn't get much more fun, leave it to Stephin Merritt pen a dance-pop "The Meaning of Lice," that is more out of his Future Bible Heroes persona. Almost makes it seem like the plague of gnats/lice might not be that bad in the grand scheme of plagues. Sometimes, the songs get a little too mellow to feel plague-worthy, such as Brian Eno's "Flies" which sounds more like it lost its way from the Until the End of the World Soundtrack or Laurie Anderson's "The Fifth Plague" that at least has some sinister, Nick Cave/Thom Yorke-like aspects to the description of, well, dead livestock.

Cody Chesnutt (of "The Seed 2.0" fame) gets all soul meets marching band for "Boils," and it works surprisingly well, with a rich horn section mixing with Chesnutt's expressive vocals. The only bad thing about the song is its brevity at only 2:41 when it feels like it could have sprawled out into quite a barnburner. The Tiger Lillies take on "Hailstones" might be a little too quiet to really give us the impression of year thunder and hail, but the eerie vocals are frightening enough as it is. The plague of locusts gets a little too dance-rock for its own good with Imogen Heap's "Glittering Cloud" that sounds like Madonna might have wanted to record for her latest album. The song in itself is quite good if it wasn't about, well, a plague of locusts devouring all vegetation, but you feel like the song itself was reworked to fight that theme. Now, things get really odd for "Darkness". Scott Walker is channeling, hell, I don't know, a mad howling banshee in the middle of the night with Antony's lost cousin. The screeching and howling are so unsettling that you can't even imagine what it would be like to hear this if it was pitch black outside, heck, its frightening in broad daylight when it comes up on my shuffle. It seems oddly fitting that Rufus Wainwright gets to close us out for the death of the firstborn. "Katonah" has an oddly Johnny Cash feel, with a country waltz beat over Rufus' half-enunciated vocals. The song itself might not truly evoke the terror of the death of all the firstborn, well, everythings, but if the song is being told from the Jewish side, it might be more fitting.

Plague Songs as merely a compilation of indie music of different flavors is quite a lot of fun. It could be a little more focused in its task to remind that plagues are generally to be avoided, but hey, the plagues happened a while ago, so maybe we're a little jaded about it all. In any case, with the holidays around the corner, Plague Songs puts the Old Testament ass-kicking back in the season and that's what we all want anyway, right?