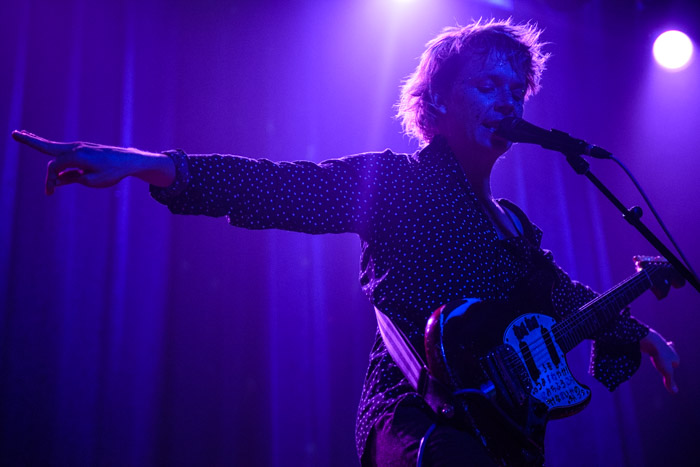 Pond + Anemone at the Neptune

Better late than never right? Last week, Seattle was treated to one of the best shows I’ve seen this entire year! Come with me now, into the past, out of this fog weather and back into LAST TUESDAY.

Montreal 5 piece Anemone woke up the crowd with their dreamy disco-infused pop, and mentioned it was their first ever show in America. Singer Chloe Soldevila was all smiles and profusely thanked the crowd between songs, clearly elated to see the audience swaying along as it trickled in. During their last track, she began on the keyboard, and later moved out to dance in front of the drumset and hype up the crowd as the rest of the band continued to jam out. Soon a whole batch of folks had joined in, cheering her along as she moved to the opposite end of the stage to bring the keyboard line back and finish up the song. They’d clearly won over their first Seattle audience.  Since I’m so late to the game in writing this, they unfortunately had ALL of their gear stolen in Portland a few days later, including their merch. They’ve started a GoFundme page where you can find info on the stolen gear and how you can help. 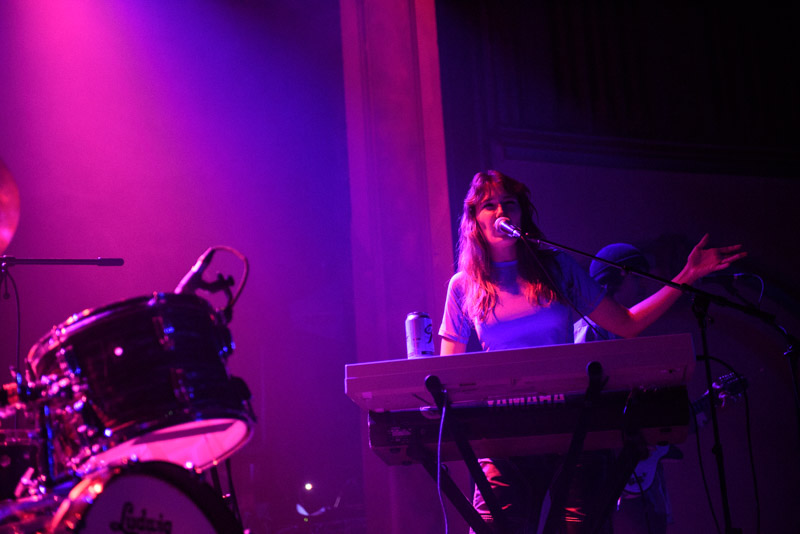 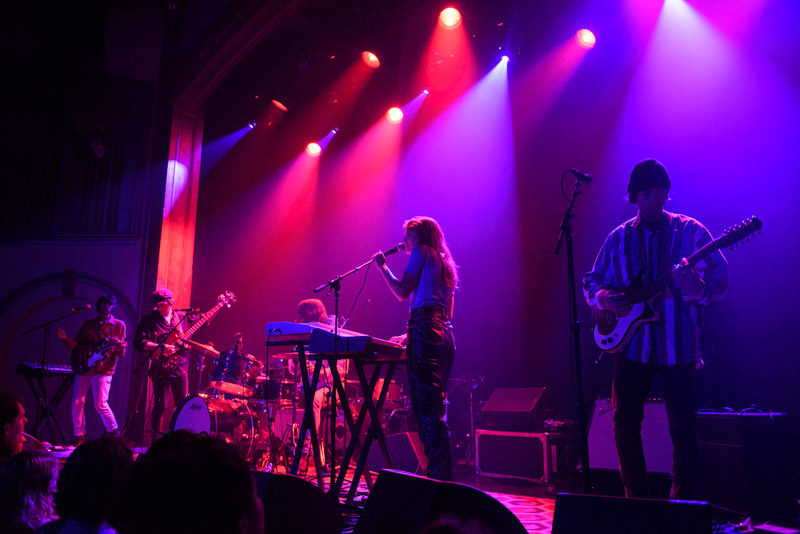 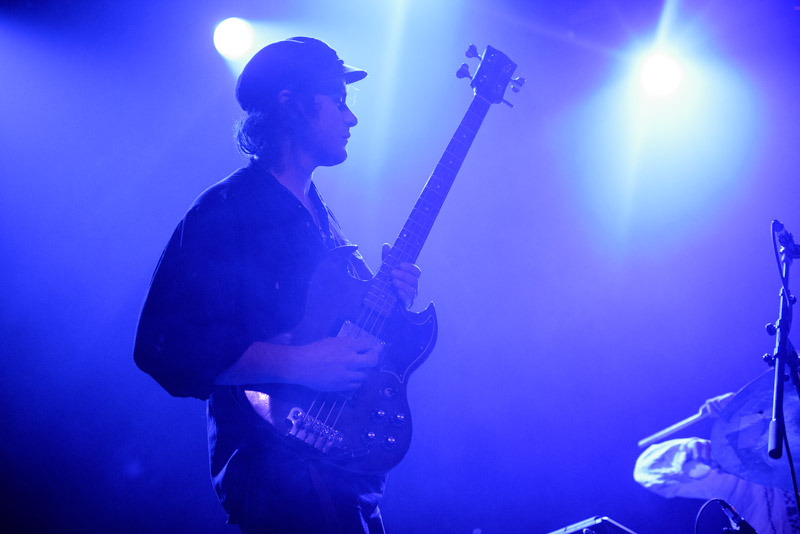 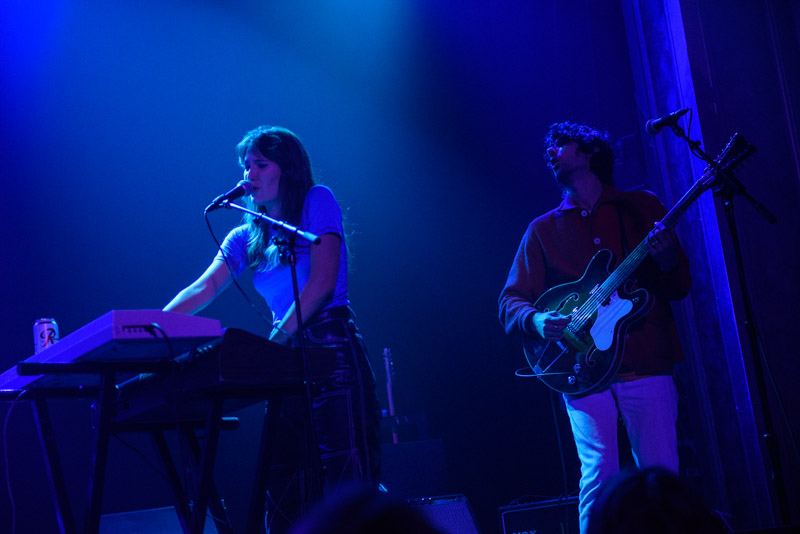 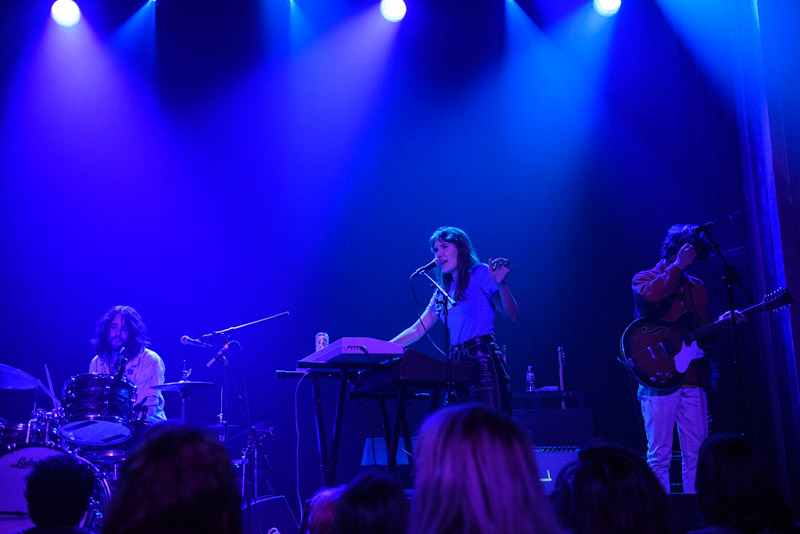 POND kicked off their set with the explosive “30,000 Megatons,” filling the room with layers of psychedelic sonic waves that seemed like they’d expand all the way into the street outside. As they followed up with the glitteringly epic sounds of “Sweep Me Off My Feet,” it was clear we were in for an exceptional show. And also clear that POND was wearing the exact same clothes they did at Sasquatch earlier this year. It was as if they’d never left. YEA HI I’D BE FINE WITH THAT. 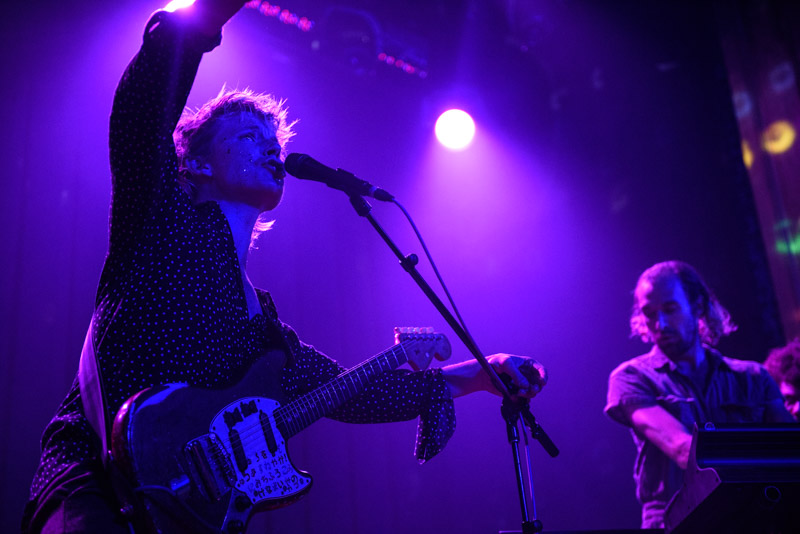 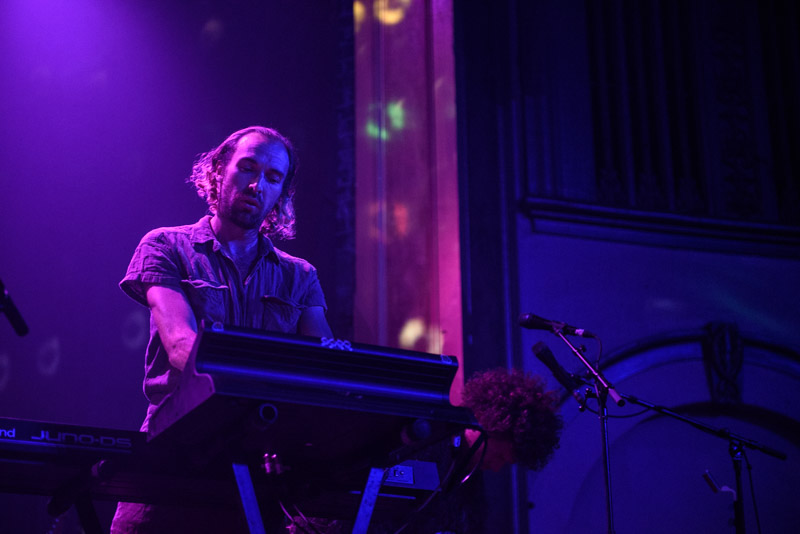 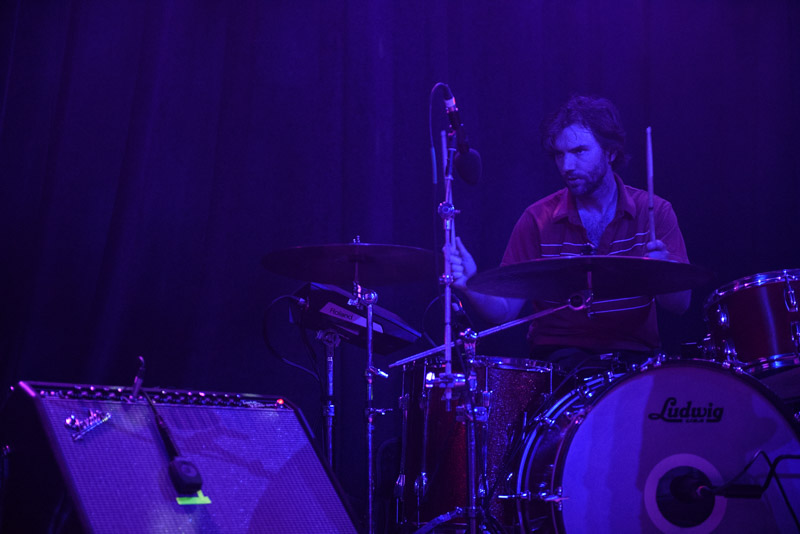 As frontmen go, there are few as entertaining to watch as Nick Allbrook. As he sang, his leg intermittently kicked out to emphasize certain beats and he often craned his body at odd angles and even backwards for maximum effect. Dude must do A LOT of yoga. He jumped into the dancing masses at one point, where we lost him for a minute in the dark before he reappeared, wiggling on a railing and cooing to the over 21ers at the bar. To top that, after he’d returned to the stage he totally ripped up several flute solos?!? 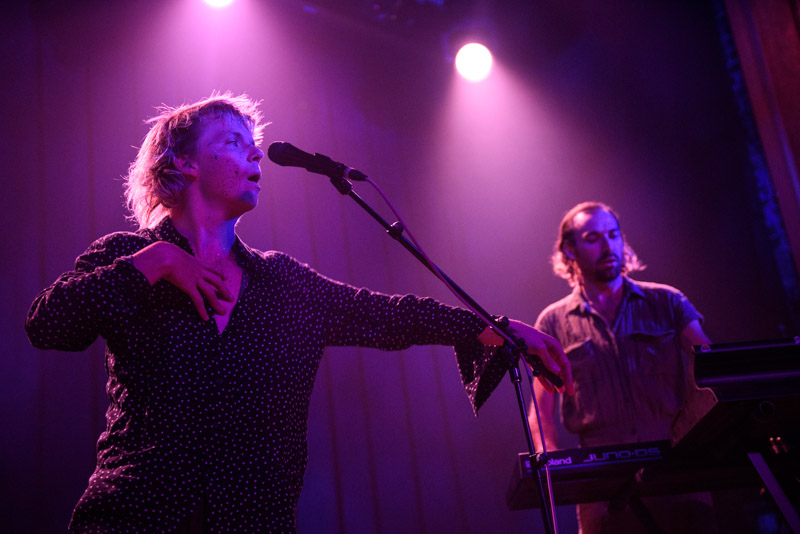 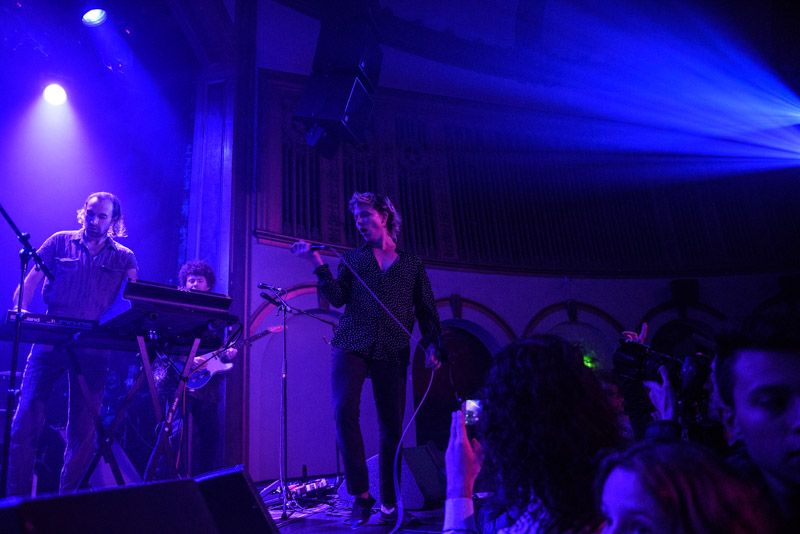 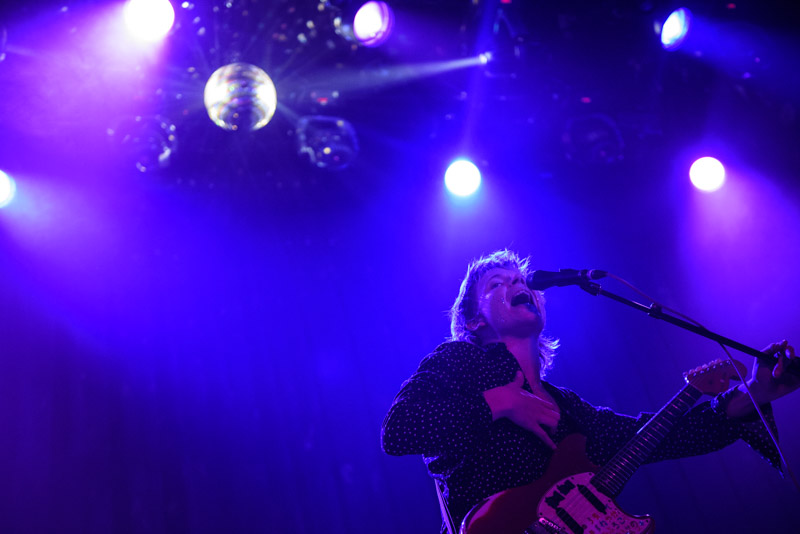 Seattle got the live debut of new song, “Tasmania,” which gave off a dancier, almost disco beat, full of catchy ear worms. Along with the newly released single “Sixteen Days,” you can bet we’ll be in for an awesome new album from POND very soon. They put on a hell of a dance fueled show and they’re a band I’ll now be itching to catch live any chance I get! 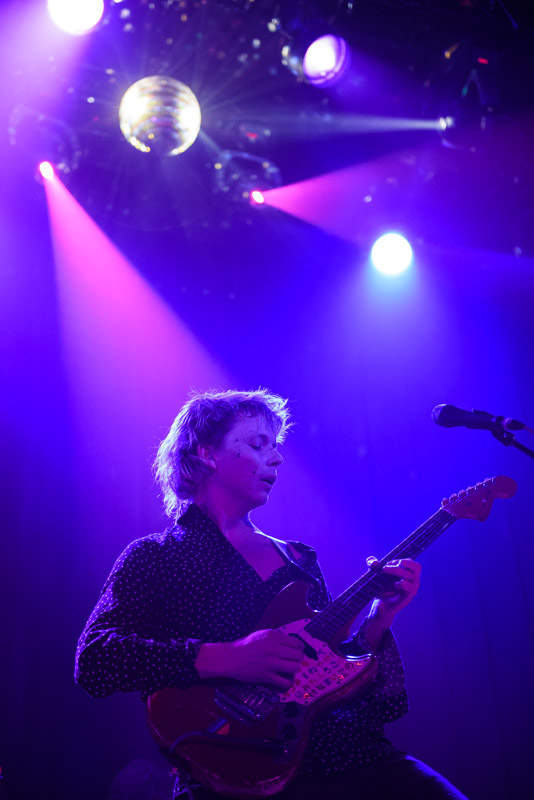 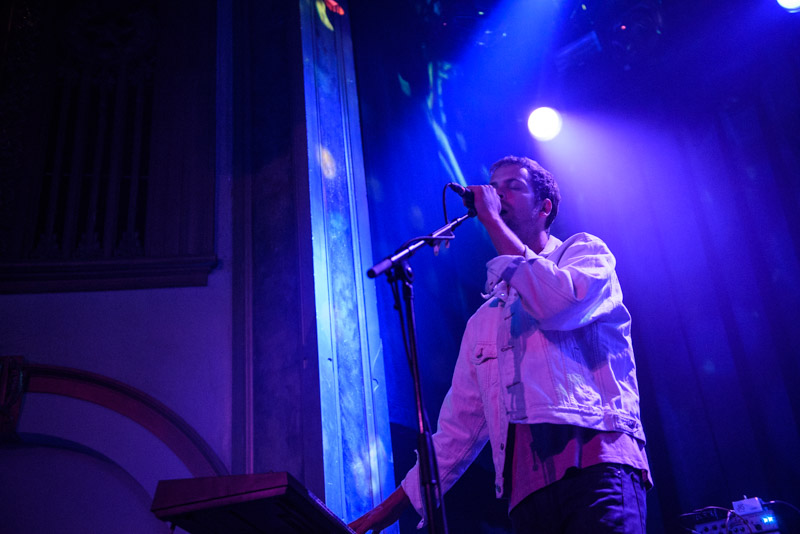 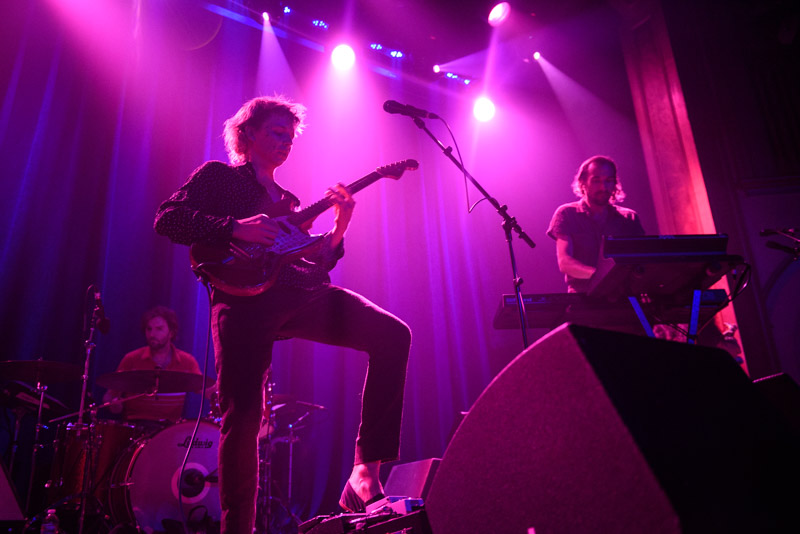