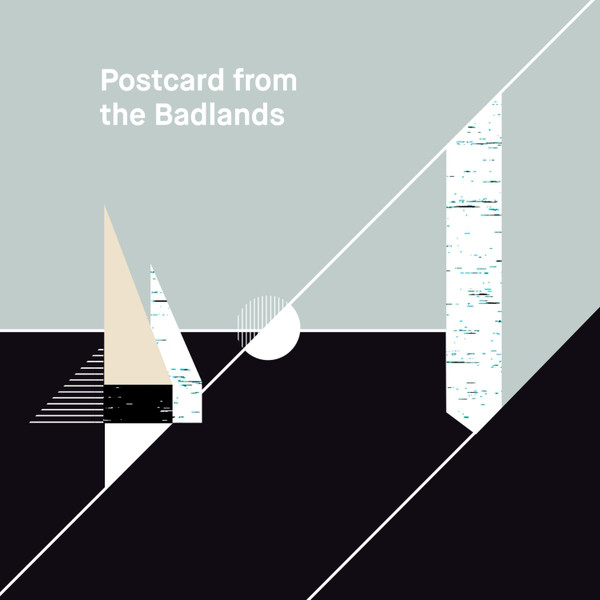 Postcard from the Badlands

Postcard From The Badlands

Consider your favorite view of the horizon and then close your eyes. Consider a desert landscape with the draconian sun blaring down as the wind comes to a standstill. Consider an empty road to nowhere in the middle of the night with countless hours to go until your destination is reached. These are but a few of the types of images that come to mind when listening to the debut self-titled album by Seattle’s Postcard from the Badlands, an instrumental quartet who create beautifully desolate soundscapes that rank amongst the best post-rock albums created to date. This is no exaggeration Their debut album is truly that good. Postcard from the Badlands was originally released in November of 2016, so this review is a bit belated, but this record definitely warrants attention and is destined, at a minimum, to be an underground classic.

The band consists of four primary members: Vince Chan on piano and bass, Christian Runge on guitar and pedal steel, Jordan Reichman on drums and Natalie Mai Hall on Cello. The ten-song album was recorded in Seattle and features a variety of impassioned cinematic opuses. Many post-rock groups use the tiresome formula where virtually every song begins slow and gentle before building into a loud, heavy and often fast crescendo, but Postcard from the Badlands instead focuses on escalating slowing from the original mood of each track, which creates a far more enjoyable experience. The songs still evolve and build from the opening notes, but not in an excessive manner like many artists in the genre tend to do. Their songs are sophisticated and melancholy, but also tend to be uplifting at the same time. Sonically, their eponymous release is warm and organic. Well-recorded and produced upright bass and acoustic piano, along with the cello, add a classical touch to the tracks. The tight, slightly jazzy drumming and pedal steel guitar compliment the classical undertones to make a memorable and original sound.

“Bird Awakens the Mountain” begins with electric piano that is accented by pedal steel, cello, electric guitar, bass and drums. The song unrolls into a dreamscape morning, much like an early day in spring where the frost has disintegrated and the fragrance of magnolias hangs suspended in the air. “Deprive” has a Morricone-esque spaghetti-western feel to it as the drums and Texas outlaw guitar style pave the way for the cello and bass guitar to weave seamlessly into the rhythm. “Untitled Landscape” features an elegant acoustic guitar and bass guitar interplay with classy drumming and cello. “New Requiem” is possibly the most unexpected sounding song on the album. It begins with a Black Sabbath sounding guitar riff and then delves into a pizzicato cello and slide guitar movement that provides an ominous overall mood. The song slowly builds from there, incorporating psychedelic electric guitar and a sweeping orchestral melody.

Postcard from the Badlands’ debut release is a magnificent work of art. Their songs are powerful and original. They certainly don’t sound like any contemporary bands that one can think of. Their musicianship and songwriting are unique and most of all, the music on this record is absolutely moving. The release is available on both CD and LP and can be found at local Seattle record shops. If you are looking for something new and worth your time, track down a copy of this record. You won’t be disappointed. Since this review is long overdue, there should be another album in the works by now. If there is, the second full-length is surely to take off.