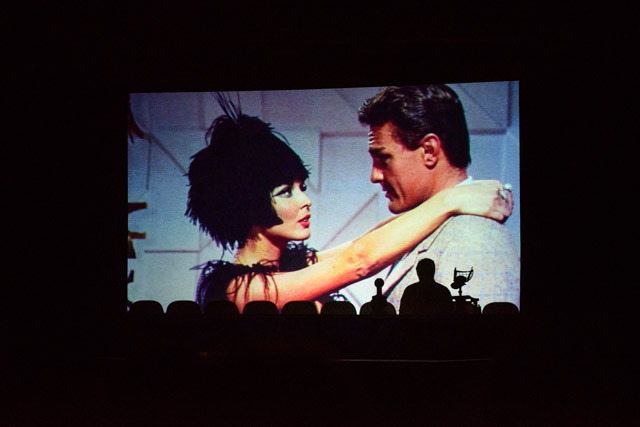 Maybe it was the notoriously traffic inducing Torchlight Parade. Maybe there was an unruly caveman still loose in the theater from the screening prior, but much of the MST3K audience was still outside in line when the show was slated to start. I took this as an opportunity to head to the bar, woefully assuming it would take awhile to get everyone inside and thus I somehow missed the entire opening sequence of the night, and therefore the evening’s premise on the Satellite of Love. GOOD JOB BUD. I did get to catch them drown an audience member in snakes though. The theater went dark as the movie sign counted down and the iconic robot crew took their seats silhouetted against the screen. I was truthfully already giggling in anticipation. Lo and behold, our secret surprise film was “Argoman: The Fantastic Superman!” Herein, I’ve typed out Jonah and the robots’ hilarious riffs (at least the ones I could remember) in italics. 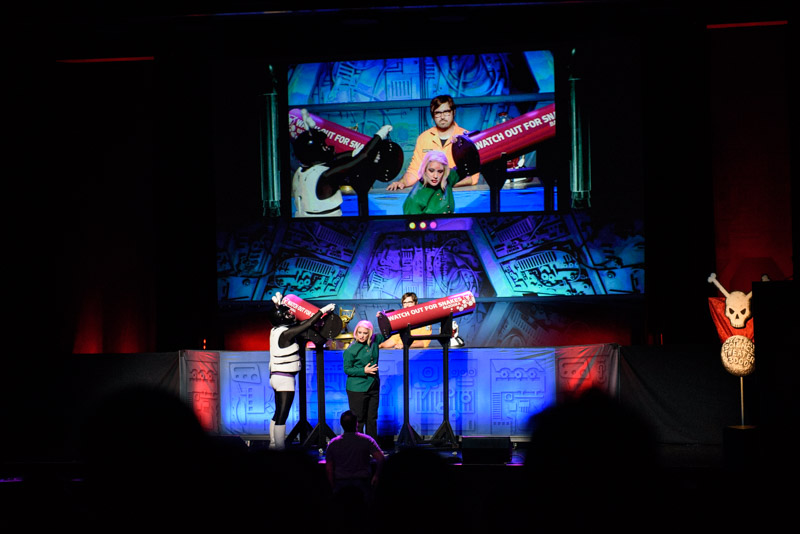 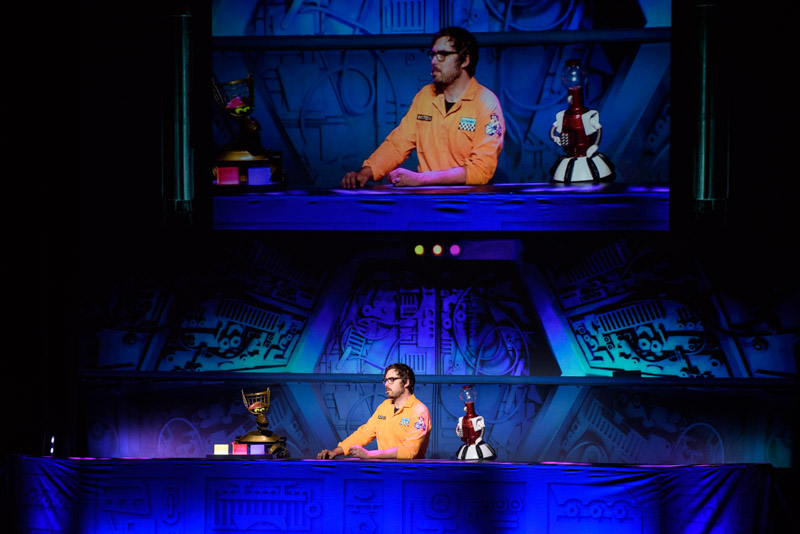 Let’s get one thing straight right off the bat. Argoman is a total D. In the first sequence, we discover Argoman’s telekenetic abilities when he’s captured by a pack of Chinese communists, whom he mind controls to “KILL EACH OTHER.” So you can’t just force them to let you go and not kill people? This jerk is rewarded for his murders and gets called in on a new case to find the culprit who stole the crown jewels. The audience finds out it was in fact the diabolical Jenebel. “What’s she after? EQUAL PAY IN THE WORKPLACE!” Shortly after, Argoman’s alter-ego Sir Reginald Hoover is lounging about in his fancyman bachelor pad, (“wait did he just change out of his robe into another robe?”) when his hovercraft spying abilities see a woman (Jenebel) in distress outside! He telekinetically removes her from her ship and soon she is also lounging inside. While offering her a smoke from his radioactive cigarette (?!,) he forces her into sleeping with him and basically ARGOMAN TOTALLY SUCKS. Oh and he loses his powers for 6 hours any time he bangs. WHAT? 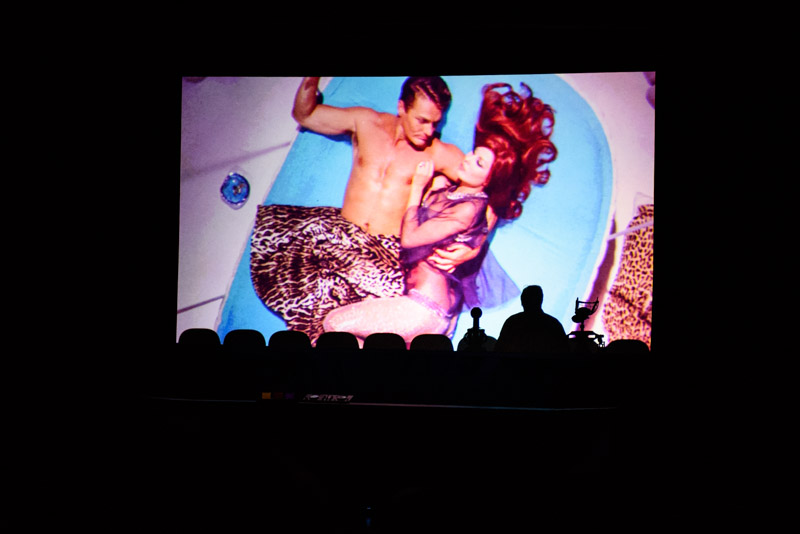 The MST3K crew returns to the stage with a fashion show starring Jonah, Pearl, and the henchman in robes specialized for various occasions. You don’t want to be caught wearing the wrong robe at a BBQ! Then the robots try out Argoman’s special helmet, which is nearly impossible to see through. Suddenly it’s MOVIE SIGN and I’m loudly counting down along with the two fellows sitting behind me. 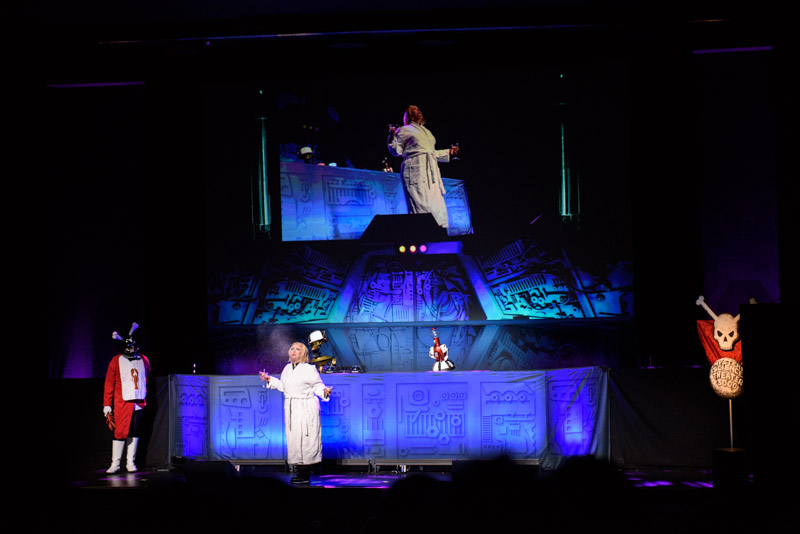 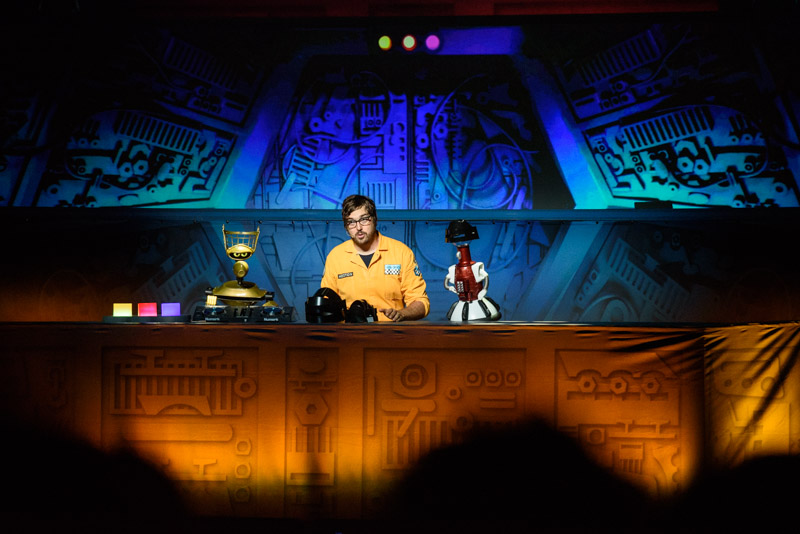 This time Jenebel is trying to seduce Argoman to be her consort, and basically hang around her space pad forever. He won’t have any of it, even when she tries wearing a dress that looks like a snake. “WATCH OUT FOR SNAKES!!!” Pearl and the henchman come out with Kinga and do a “Watch Out for Snakes” number, chucking inflatable snakes at the audience. The nerd laughter is hearty and reverberates throughout the theater. People are LOVING THIS.

The movie keeps rolling as Jenebel and Argoman continue to try and thwart each other.  Jenebel tries to rob a bank with tear gas and shoves a plug in her nose. “HEY DUMB DUMB, Altoids don’t go in your nose!” Later, Argoman swings from a pole to kick some dudes. “WEEE look at my crotch!”  In my favorite scene, Argoman simply chucks his gun away after shooting a bad guy. “Hallway, cover me!”  The entire audience is cackling their damn asses off. 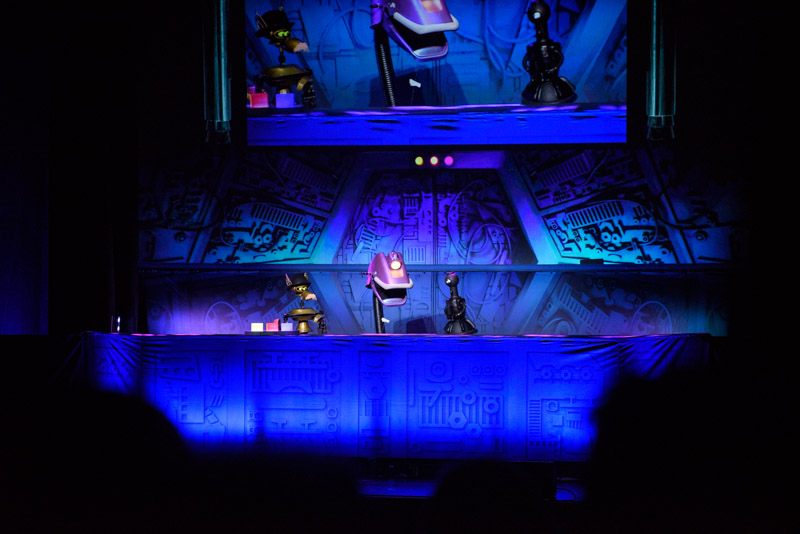 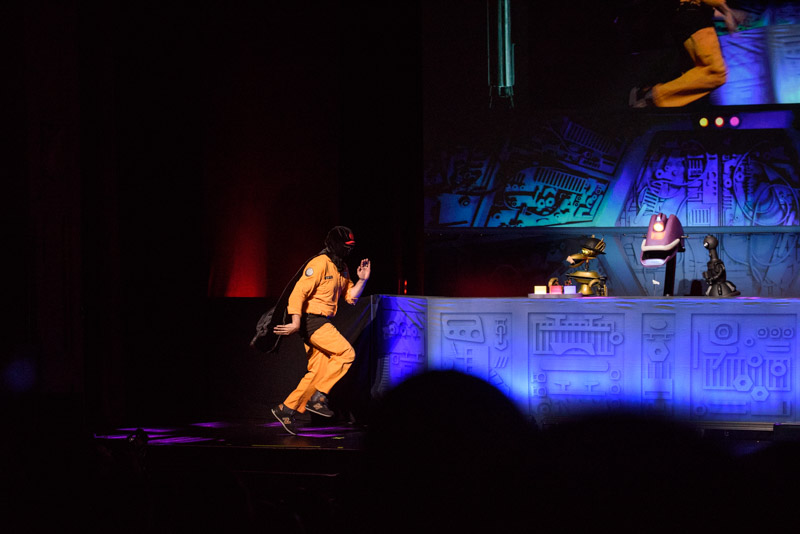 In the end, Argoman who “looks like Spaceghost in cyclops headgear,” eventually saves the day, again, causing Jenebel’s helicopter to explode while “she’s wearing a helmet made of Jiffy Pop.” He still totally sucks though. The entire MST3K crew comes out for one last song and to put the vial of movie goop in place.

Never in my life did I think I’d get to see MST3K Live, and I’m so glad I did. Laughing for two hours straight is good for the soul. I hope they keep this up and do another tour next year! 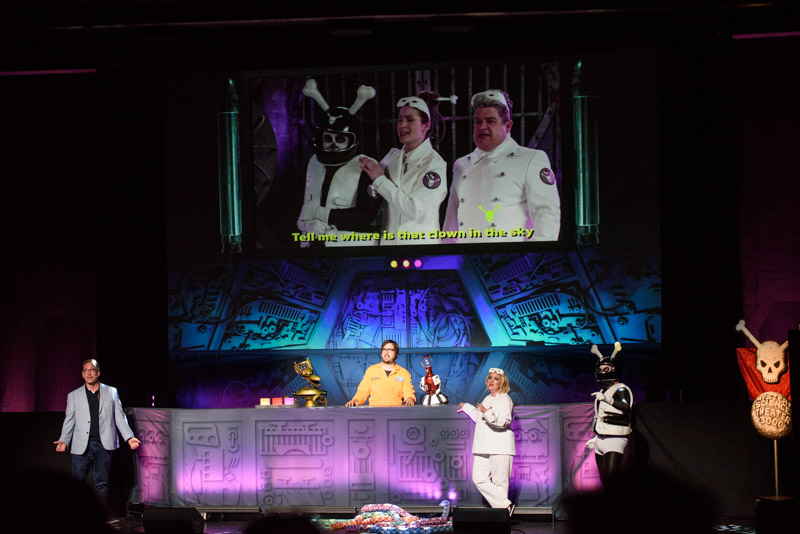