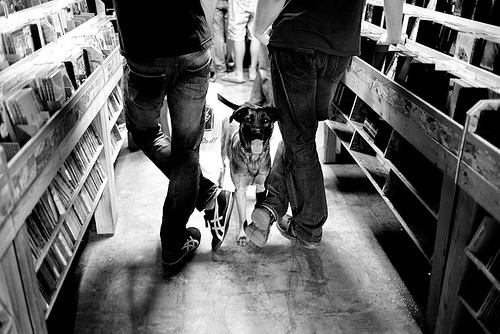 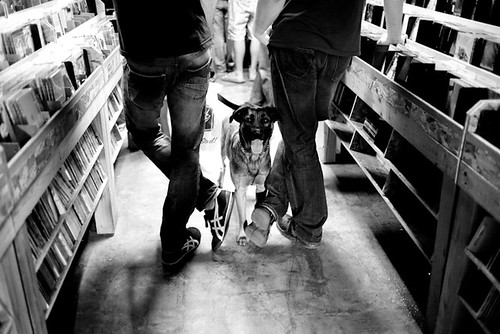 April is trending to be one of the best months ever here at Imaginary Headquarters. Among the reasons we’re kinda losing our stuff over here:

APRIL 10 and 17: Early Math & Physics Club shows at the High Dive (6p-8p)
Math and Physics Club will play a couple low key shows at the High Dive on Saturday, April 10 and Saturday, April 17 to test drive some new songs for their upcoming trip to the San Francisco Popfest their album release show at the Crocodile on June 12. Both High Dive shows are going to be early (6p-8p) and have the sweetest of openers: Eux Autres (on April 10) and The Special Places (on April 17).

APRIL 16-18: EMP Pop Conference
I always look forward to EMP’s annual Pop Conference because it allows me to sit only feet away from my favorite, most inspiring pop (and non-pop) writers and listen to them casually espouse (and if all goes well, rant) on all things music and popular culture, which confirms my obsession’s tangible significance. This year the biggest must see on my whole Pop Conference schedule is Tim Quirk and his look at “The Quiet Revolution: From the Walkman to the iPod, How Portability and Infinite Storage Have Changed the Way We Listen, and What We Listen To” on Friday at 10.45am. Tim is one of my all time favorite wordsmiths, music industry honchos (at Rhapsody), and band frontman (Too Much Joy) ever.  When I am not sitting front row at his Pop Conference sessions, I’m hanging on his every tweet.  Some studies suggest that I can link Tim/TMJ to who/where I am today.

APRIL 17: Record Store Day
Empty out your canvas bag and your bus pass, it’s time to take Seattle record stores by storm on an all day tour picking up a slew of very special limited edition releases to remind us all how important it is to support out local independent record stores.  I am most looking forward to getting to Jigsaw Records in time to pick up each release in their LTD RSD-only series (only 25 will be pressed!). (full scoop)

APRIL 17: Mountain Goats movie at Northwest Film Forum
Let’s all celebrate the DVD release of Seattle debut of The Mountain Goats: Life of the World to Come, a documentary film about our story’s hero, John Darnielle and his band of Mountain Goats. Enough said.

APRIL 21: Go Bizarro with The Wedding Present
You know how often I’ve lamented the fact that I wasn’t able to see the Wedding Present when they toured for the release of their 1989 release of Bizarro? A lot. Now, lack of time warps be damned, I can check “See the Wedding Present play the brilliant album Bizarro” off the bucket list.  Thanks to Team Gedge for making dreams come true. Join me at the Crocodile on Wednesday April 21 to see this monumental show. Three Imaginary Girls want YOU to be there so bad we’re giving away a pair of tickets to the show. Go enter to win them!

APRIL 25: The Mary Onettes at the Sunset Tavern
Make sure to catch the magic powers of The Mary Onettes as they paint the town with their lush Echo and the Bunnymen melodies and Jesus and Mary Chain melancholy. Being able to see the Swedish wonders in such a cozy setting is something we’ll blog about to our grandkids. We want to make sure you’re there to see it! Go enter to win a pair of tickets to the show!

WELCOME TO OUR NEWEST IMAGINARY GIRL
Last but certainly not least, Imaginary Baby Girl #2 has arrived! Lots of bubblegum cigars and enviro-friendly balloons have been earned by the imaginary Dana household, which includes happy rockstar big sister (Imaginary Baby Girl #1).  I haven’t heard yet what the lil one’s favorite band is, but given her foresight of showing up to the party in time to catch any of these shows, she’s got very good taste (as well as her priorities in order).

I guess it’s just as well that the Los Campesinos! show isn’t until May 4th. If it was a week earlier there’s no telling what would have happened.

What are you headed in April that’s making you all giddy?