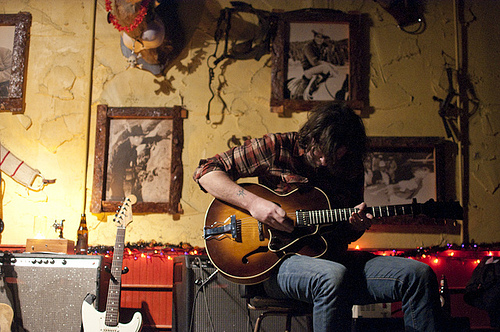 We know, we know — Pickathon? you say, with an air of disbelief. Isn't that a bunch of beardy hippies with banjos out on a farm someplace in rural Oregon? Do they even have wi-fi? Fret not, dear imaginary friends: we are here to share the good news, which is the plain and simple fact that Pickathon Is Awesome. It's kind of got everything you ever hope for in a festival — multiple stages in the open air that vibe on well into the nighttime, it's not too crowded, there's abundant camping on-site, and it's chock full of local food vendors and boasts a purposeful, sustainable green vibe. And of course, first and foremost, Pickathon's got the bands. (And ps, apparently, abundant wi-fi.)

This year's lineup has everything from sad bastards and bastardettes {like Laura Gibson, Alela Diane, and the Bowerbirds} to full frontal shredders {Heartless Bastards, Cave Singers} and back again. Whether you like the cool, sweet croon of Neko Case or the jamtastic vibe of Dr. Dog, or those multi-faceted types like Langhorne Slim — who gives us a little bit of everything, from scream to croon to a howl — you'll find your groove on Pendarvis Farm. And to sweeten the deal for you not-so-rootsy folks, the weekend is parsed through with some of the best of right now's straight-up indie.fill-in-the-blank vibes, with sets by Y La Bamba, Typhoon, Thee Oh Sees, and THEESatisfaction.

Here's a little more on the folks you already know and love:

The idea of hearing the Cave Singers rage on into the nighttime on a farm in the middle of nowhere (kind of) has got me near-giddy with delight. Imagine if they went back-to-back with Heartless Bastards? HELLO, DREAM SET. Their shreddy, full-volume indie-roots part Zeppelin, part campfire vibe is unlike anything else out there, and we are bummed out to the max that we won't be hitting town until late Saturday morning — their Friday night set is going to be a doozy. If you're up there on time, catch these guys on Friday night from 1a – 2a (hell yeah!) in The Galaxy Barn, and on Saturday on The Woods Stage from 4:30p – 5:30p. 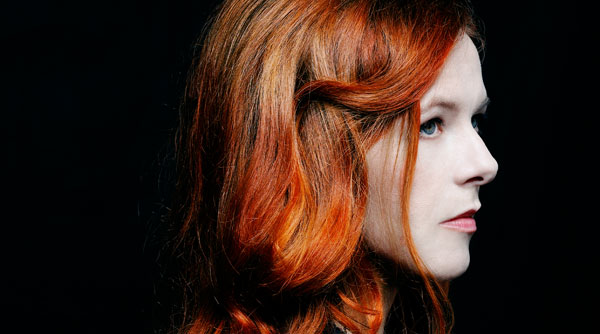 Fresh off of a well-recieved performance at the Capitol Hill Block Party, Ms. Case will be gracing us with her one-of-a-kind croon twice at Pickathon as well. Her stories are well-worn and beautifully crafted, and as her bio states, walk the line between contemporary and timeless with nary a mis-step. She'll headline The Woods Stage on Saturday from 9p – 10p, and the Mt. View Stage on Sunday from 8:45p – 10p.

We're lucky to have the folks at More Dust Than Digital and our pal Greg Vandy in our midst, creating killer artist portraits like the one above for local folkster Alela Diane. She's currently on tour in Europe (per her gorgeous recent Instagram photos) and will be making her way back this way for two sets at the festival. Catch her at The Workshop Barn on Friday from 5p – 6p, and again on Sunday on The Woods Stage from 3p – 4p.

This Blitzen Trapper track ("Furr") is the one that got me hooked, and the one that keeps me coming back to this band for a contribution on about half of the mixes I make for friends looking to be turned on to 'new' music. They're fresh off of a tour supporting Wilco, will be making a stop out at Doe Bay Fest later in August, and they'll be hitting the road in late September / early October with our pals The Head and the Heart. Short version? Get hip if you're not already there. You can take them in at Pickathon Friday on the Woods Stage from 9p – 10p, and Sunday on the Mt. View Stage from 6:45p – 8p.

Hello, jamtown. To quote Dr. Dog on recording their latest album: "It was reminiscent of when we were starting out and were these fearless weirdos in a basement, so confident and reckelss and bold." That's exactly the vibe we're hoping to catch from them up at Pickathon, as they take us on a trip from noodle-jam to gritty rock and back again. Couple their instrument-wielding talents with an at-times unprecedented lyrical prowess, and you've got a recipe for a good time. Dr. Dog plays The Mt. View Stage on Saturday from 9:45p – 11p, and The Galaxy Barn on Sunday from 1a – 2a.

Just like the Cave Singers, I am beside myself at the opportunity to spend a set or two with The Heartless Bastards out in the starry, clear nighttime. The cut above (yep, that video is about six years old) is "Brazen", off of 2006's All This Time, but still stands up strong — it easily could have been recorded last week. They'll be kicking ass on The Mountain View Stage on Friday from 8:45p – 10p, and again in The Galaxy Barn from 1a – 2a on Saturday night (Sunday morning).

In doing my lineup-sorting-out-ery, I discovered a few folks I'd heard of but hadn't given a lot of listen to, that quickly became staples on my last few rounds of playlists and mixes: bands like the Barr Brothers {modern laid-back campfire folk}, Bowerbirds {seriously, I've listened to "House Of Diamonds" about sixty times in the past two weeks}, Shovels and Rope {classic foot-stomping front-porch goodtimes with a side of ache}, and Sonny & the Sunsets, just to name a few. New roots standards like Phosphorescent, AA Bondy, and Laura Gibson pepper the weekend with sets as well, on top of another twenty bands that I'm excited to learn more about.

Of course, if that front porch stompin' banjo pickin' thing is your, well, "thing", there'll be plenty of that to go around too. Check the whole lineup out by artist here, by day here, and if you're into it, you can take a spin on Spotify and hear some of our top picks of the weekend here. Incredibly, there's still some tickets left — take a read on what's left and pick up passes here.

We'll see you on the farm! (Seriously.)

{Photo of Neko Case courtesy of the band. Photo of The Cave Singers by Victoria VanBruinisse.}