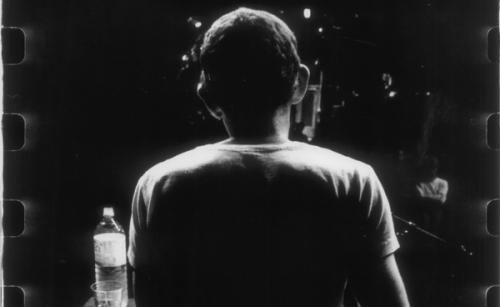 Recommended Film: I Am Secretly An Important Man Premiere at The Moore {10/6}

Head to The Moore this Wednesday, October 6 at 8pm for Closing Night of the 2010 Local Sightings Film Festival and the West Coast premiere of I Am Secretly An Important Man.

Director Peter Sillen will be in attendance to present his documentary about influential Seattle poet and performance artist Steven (Jesse) Bernstein. Don’t know who that is? I didn’t either until I started poking around a bit, and discovered enough about this William S. Burroughs-influenced artist to want to learn more.

Bernstein made recordings of his poetry with Sup Pop Records, and (like Burroughs) inspired musicians, including some guy you might know by the name of Kurt Cobain, and filmmaker Oliver Stone (who used a recording of “No No Man” in Natural Born Killers).

With an impressive resume and an hypnotic voice, I can see just from digging around on the Internets a bit why this guy was/is such a big deal, so I have to heartily recommend you hit up the documentary premiere on Wednesday.