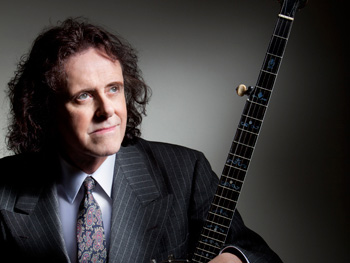 Donovan is one of the greatest psychedelic folk singers that ever lived, and you may not even know that you’ve heard him before. In the 60s he befriended and collaborated with many of the greats including the Beatles, members of Led Zeppelin, Joan Baez and Brian Jones. His songs are deeply entrenched with the flower power era sound while still somehow coming off as effortlessly timeless. Though he may not have won as much acclaim in the states as he did in his homeland of the UK, his songs still permeate American radio to this day. Check out a few of these gems below:

I’ve always found his calming songs perfect for those days when the rain is beating down outside and you want to curl up with a good book. Well guess what? With the crazy rain storm we’re about to get this weekend, Donovan will soothe you into a zen-like state at the Neptune, and you won’t really care if your power is off when you get home. WORTH IT.