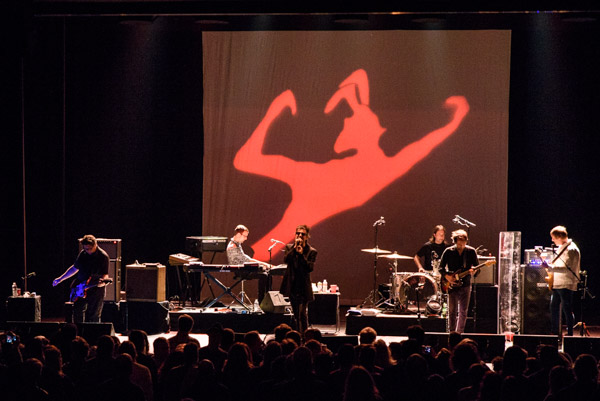 Recommended Show: Echo and the Bunnymen at The Moore Theatre

The legendary post-punk band, Echo and the Bunnymen, have just released a new album called The Stars, The Oceans and The Moon. The fifteen track record features thirteen orchestral new versions of Bunnymen classics alongside two new songs. In support of the release, the band is about to embark on a North American with a stop in Seattle on Thursday, 29th November to perform at the lovely Moore Theatre. Tickets and concert details are here.

The new disc mostly covers reworkings of tracks from the original era Echo and the Bunnymen, with selections from their first album, Crocodiles (1980), through the self-titled 1987 record. Also included are new renditions of “Nothing Lasts Forever” and “Rust” from their 1997 and 1999 comeback records, Evergreen and What are you Going to do with your Life?

The Bunnymen always put on a great show. Ian McCulloch’s iconic voice and Will Sargeant’s iconic guitar playing are instantly recognizable. Get your tickets now and bring your raincoat.