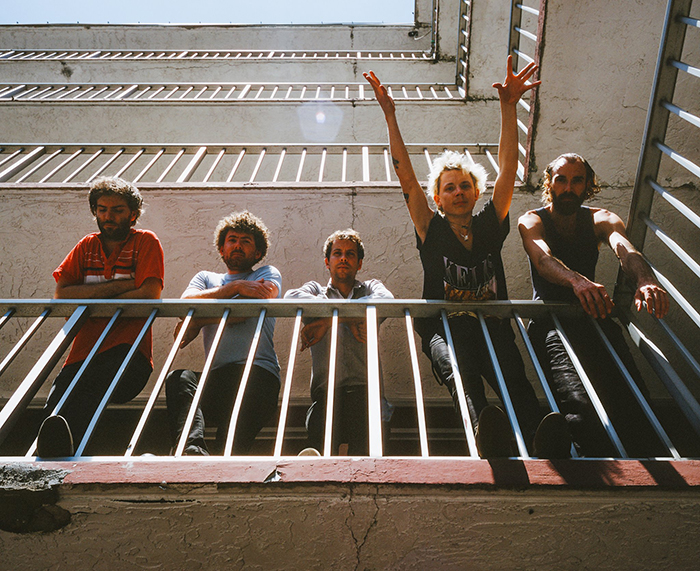 Earlier this year, at the last Sasquatch ever (R.I.P. old friend,) I momentarily lost my mind with happiness when POND performed. I was definitely more than a little late to the game in hearing about them, and thought I’d check them out. YEA HI they put on one of the best live sets I’ve seen in ages and were a highlight of the weekend. You do not want to miss them when they roll through Seattle on Tuesday!

Fronted by former Tame Impala touring bassist Nicholas Allbrook, you can clearly hear Kevin Parker’s influence in POND’s sunny Perth psych, though they’ve created a glittering glam feel that’s uniquely all their own. Epic soundscapes wash over you with every song and you can’t help but dance along. We’ll see if you actually do though Seattle, WE’LL SEE. Check out my favorite track off 2017’s The Weather, “Sweep Me Off My Feet.”

This Summer, POND released an 8 minute long track “Burn Out Star,” which takes the listener on a musical trek through multiple genres and ideas. It’s almost a mini-album within itself!

Oop and they just released another new song last week! Seems like we’ll be treated to lots of new material at the show. The comments on this video are SOMETHIN ELSE.