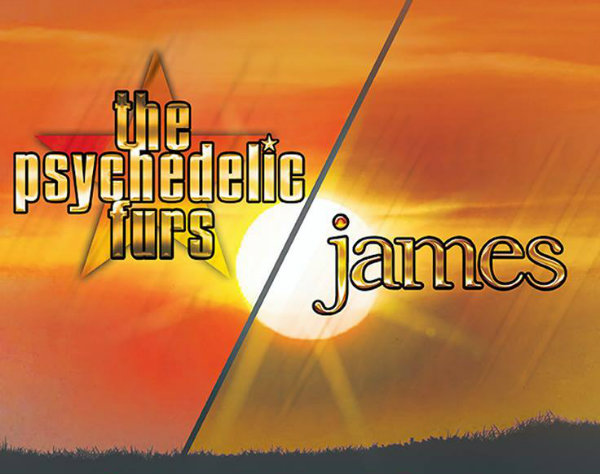 1980s legendary post-punk act, The Psychedelic Furs have been touring the states steadily for 10+ years now. Every year or two during this period, they have had a performance scheduled in Seattle. Although they haven’t released a new album since 1991’s excellent World Outside, they have been coasting on what has been becoming a never-ending greatest hits tour. Without a doubt, their eponymous debut (1980), Talk, Talk, Talk (1981) and the criminally underrated Book of Days (1989) are brilliant albums, but one wonders how bored they must be playing “Pretty in Pink,” “Love My Way” and “Heartbreak Beat” for the x-thousandth time. The fans seem to never get tired of it, since demand remains high. Regardless, Richard Butler’s raspy vocals are unmistakable, and the band were responsible for some truly indispensable records.

On the 30th of July, they will be performing at Showbox Sodo with James. This is where things get much more interesting this time around. James is best-known in this country for their 1993 album, Laid, which included a song of the same name that reached number 3 in the Billboard Modern Rock charts. The Manchester band were inactive between 2002 and 2007 but have otherwise been prolifically releasing music since 1986. In the 1990s, they were at their apex with James (1991), Seven (1991), Laid (1993) and Whiplash (1997).

The combination of these two groups should prove for a dynamic concert. James rarely has appearances in the US, so that alone will be a treat. Let’s hope that The Psychedelic Furs add some surprises to their setlist. Some material from Book of Days would be incredible, as would some more obscure songs from the first few records. Three Imaginary Girls encourages you to purchase your tickets now. Concert details and information is here.