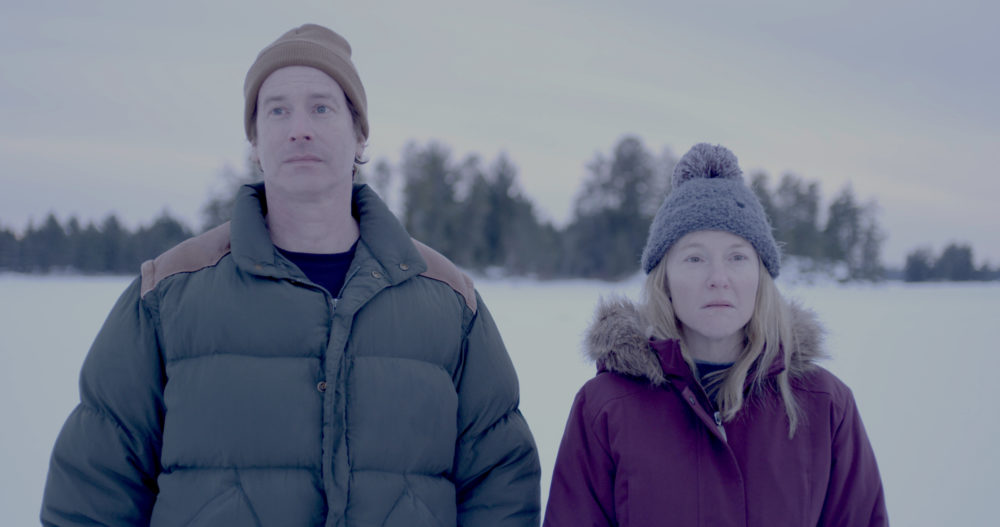 Someday I’m gonna write a long, impassioned tribute about how Rachael Harris is one of the funniest and best actresses working today. Harris is one half of what makes International Falls a delight to watch as Dee, a hotel manager in a small Minnesota town that draws comparisons to Fargo (shout-out to cast and crew for working in some winks to the Coen Brothers’ iconic film). Rob Huebel makes up the other half as Tim, a standup comic who arrives in International Falls for the hotel’s weekly comedy showcase.

Dee and Tim immediately irritate each other while sparking a connection at the same time, and it’s not long before they end up in his hotel room and have one of the most awkward sexual encounters I’ve ever seen on screen. Complications abound: Dee’s married, but her husband, Gary (Matthew Glave) is cheating on her and she has a growing desire to be a standup comedian herself; Tim is recently separated and his wife won’t let him see their kid — plus he’s suffering from depression, and just plain tired of being on the road. Together, they try to help each other get through their challenges as they bond over a few cold and snowy days.