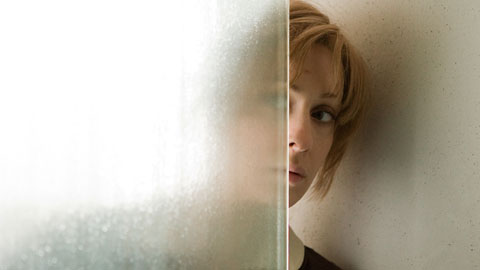 {The New Italian Film Festival runs at SIFF Cinema from Tuesday, 11/15 through Saturday 11/20. You can buy tickets online here.}

It’s no secret that I love all things Italian, so I of course jumped at the chance to preview some films from SIFF Cinema’s upcoming film fest. Single tickets are $10 a piece per film, or SIFF members can pick up a pass to all 11 films for only $35 (!!!) – non-members can get a pass for $50, which is still quite a bargain.

Opening the festival on Tuesday, 11/16 at 7pm is The Double Hour (La doppia ora), a slick thriller that will keep you guessing until the very last minute. Guido (scruffy, brooding Filippo Timi) and Sophia (bright-eyed Kseniya Rappoport) meet by chance at a speed dating night and quickly began to fall in love, but things get complicated when a band of armed men attack them and rob the house that ex-cop Guido is now head of security for. Shots are fired, Sophia is injured, and Guido is killed…or is he? Director Giuseppe Captondi yields the camera masterfully, and Rappoport draws us right in to all her suffering. This is one of the best films I’ve seen all year, and I highly recommend it.

Playing on Thursday, November 18 is the beautifully shot drama I’m Glad You’re Here (Meno male che ci sei). Allegra is an awkward teen that loses her parents in an plane crash and then discovers her father was having an affair with a scorchinginly hot chick, who’s (not surprisingly) closer to her age than his. After some initial friction, the two eventually become good friends and help each other get over their loss. It’s almost impossible not to love both of them, and I’m not gonna lie, I was moved to tears more than a few times. Director Louis Prieto gets extra props for the Dario Argento reference.

The closing night film on Saturday, November 20, is Happy Family: a comedy about screenwriter Ezio (Fabio De Luigi), who imagines his characters are talking to him as he writes their story. Comparisons to Wes Anderson aren’t far off—if say, Wes Anderson was Italian and just a little bit more clever. But I digress, the real fun of this movie starts when Ezio writes himself into the story and all hell breaks lose. The performances alone make this worth a watch. A fun choice to end the festival!

Other films playing that look great: Ten Winters (looks like a weeper), and Weddings and Other Disasters.