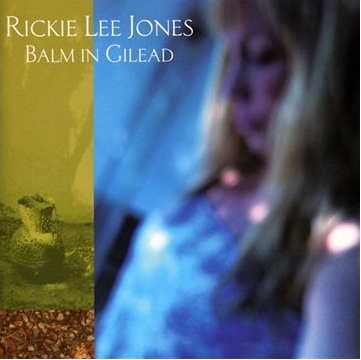 Perhaps Efterklang will thrill in the clink and clang of forks hitting plates at the Triple Door when the Danish orch-pop quartet plays the room on March 11th. But Rickie Lee Jones was bugged out by the din. “I wish,” she said between songs early in her Friday set, “that you’d finish your goddamn dinner.” The forks made a staccato difference. Jones played quietly, moodily, sometimes pixie-ish, sometimes, big-voiced and emphatic, sometimes world-weary and smoke-stained.

She’s spent her career evading the crosshairs of mainstream pop songsmithing, favoring the fractures and broken-world stories that mark the work of Tom Waits, her long-ago partner in love (before he veered from Heart Attack and Vine to Rain Dogs). She’s been a peripatetic indie road warrior, a coquettish singer of standards, and a torch-bearer for the same indie-aesthetic range that includes Cat Power, Vic Chesnutt, Victoria Williams, and umpteen others.

Every aspect came to the fore in her set, as she moved from piano to acoustic guitar to Stratocaster, while her trio-mates kept the air uncluttered. She name-checked Vic and Victoria as her trio finished the drone-splayed “His Jeweled Floor,” psychedelic and floating and ethereal; it’s the mix of their three voices that makes the tune so entrancing on 2009’s Balm in Gilead, Jones’s 14th album – and a jewel in its own right. And it’s sad to think Chesnutt made such a magical contribution, only to pass before ’09 saw its close. Jones isn’t unlike Vic: Impossible to pigeonhole, unabashed about her need for a crowd’s attention (“I’ll start singing when you stop talking,” she announced as her trio started the set at a slow, billowy clip). The set was from there, Jones played a mix of soul tunes shorn of horn charts (again: Cat Power certainly went to the Rickie Lee academy), revisited “Weasel and the White Boys Cool” and “Chuck Es in Love,” and made clear why her best-known years came when Pattti Smith, Alex Chilton, Television, and Tom Petty all seemed to live on the same street.