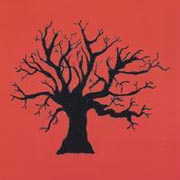 ACT I: The Past

Scene One: I'm in the Tower Records on University Ave. in the U-district last summer after a barbecue. A record on a display rack piques my curiosity. It's Dear John Letter's newest album, Stories of our Lives. The cover is intriguing, because it reminds me of the new Long Winters album's cover. So I scan the bar code to give a couple tracks the thirty-second listen taste those magic boxes in record stores allow.

Scene Two: Ten dollars and a few blocks later I am in my car, driving down 45th back to the freeway. Dear John Letters is blasting and I like it so much I almost hit a green Subaru full of nuns and orphans. (Or maybe it was just a green Subaru, it was hard to tell who was driving, what with the cacophony of Robb Benson's voice clouding my vision.)

Scene Three: Back in D.C., Dear John Letters becomes one of those bands I talk about to bar-folk whenever it becomes necessary to name-drop a band of such Mt. Vernon, WA obscurity as to establish myself as someone who actually knows what he is talking about when the only D.C. music I really know is Fugazi and the Dismemberment Plan.

Scene One: Robb Benson, lead-singer/songwriter of Dear John Letters is putting out another solo record, this one entitled The Tree Mind. Three Imaginay Girls asks me to review it, to which I reply, "It would be my supreme and utmost pleasure. NOW GIVE ME THE PROMO BEFORE I BURST WITH SHALLOWLY CONTAINED ENTHUSIASM!"

Scene Two: I listen to the album for a month, and then take three days to drive back to Virginia where I start my senior year of college and promptly forget about the review I promised to write.

Scene Three: Sitting in the College of William and Mary's library and some ungodly hour, working on a paper about the male gaze and incestual hints in the fourth episode of "Ulysses," I check my email to find one from the Three Imaginary Girls and one from the school's newspaper. The first asks me sweetly if I ever got around to writing the Robb Benson and Visqueen reviews. The second asks me, not quite as simply, where the hell my column is for the lifestyle section this week. I curse to myself, and try to ignore the bloodshot stares of fellow late-nighters, upset that someone disturbed their procrastinatorial consequences by dropping the F-bomb. An enzyme of guilt releases into my bloodstream at the left ventricle and pulses through my form.

Scene One: I set aside a Sunday to work on catching up on reviews and columns. I chastise myself for spending too much time on grad school applications and worries about future responsibilities while thus ignoring present responsibilities.

Scene Two: I sit in a Richmond, VA Starbucks after having spent half of my budgeted grocery money on used Smiths LPs. I get out my laptop and my folder of press releases, sip my soy latte, wonder why the air-conditioning is on when they have Christmas music playing, and speculate that absolutely no one on the East coast has any idea how to steam soy milk properly. I set my burnt-taste of a latte down, and begin the review.

Scene Three: I waste approximately 575 words of review on a long-winded bantering before actually beginning the review:

Robb Benson's The Tree Mind skips a few steps in the musical maturation process from where Dear John Letters was with Stories of Our Lives. The result is a well-formed exaction of a solo rock record. The title track and album-opener releases itself with the lyric "Creation is going in circles." In the last track he sings, "I have a story to tell you, but the words are undetectable." Somewhere in between the two self-consciously vague lines, Benson presents an album better than anything he has put out before, thus seemingly refuting the first statement, and leaving a modernist, wondering uncertainty with the latter.

The Tree Mind has all the traits that has made Benson so successful with his various projects of the past. The clean electric guitars with catchy riffs are everywhere, except in the tracks where acoustic guitar is accompanied by layers of vocal harmony, such as the brilliant "Melvin's Declaration to the Universe." His voice is nasally croony, his lyrics poetically lacking definition. Interpretation, insofar as what to make of the album, is left to the subjective point of view of the listener.

Many of the songs were written around the poetry of Benson's friends. Notably is the seventh track, "Il Pleut." I looked forward to this track immensely when I first looked over the tracklisting, for any song, especially any Robb Benson song, titled "It's Raining" in French, is surely something worthy of expectation. The first lines, "I trip on my shoelaces even though my shoes are tied/ Barely I catch the door with my hand/ And I try to stand up, the cool tile floor soothes my cheek" took me immediately to a memory of getting dumped by a girlfriend even though I thought things were going fine. Then I found that being single again was soothing, just like a cool tile floor. The verse ends with Benson's high tenor screaming into a falsetto, "Blurred vision leaves me in a heap," a line so apt to the life and loves of some people that I recommended the song to one friend, saying he would probably find more understanding in a relationship with "Il Pleut" than in any of his past relationships.

"Il Pleut," like most of the songs on The Tree Mind, builds out of a single foundational guitar part at the beginning. Where most solo records continue with just a single guitar part, Benson makes of these chord foundations towers of solid rock and roll. Of other solo efforts out there, I can think only of A.C. Newman's solo record as being of a comparable caliber. Insofar as to a comparable sounding album, The Tree Mind is a more poignant and emotional version of Dear John Letters' work, probably because it's a solo record, but there is also a hint of Weezer's Pinkerton, or post-"Flagpole Sitta" Harvey Danger.

Closing Scene: I leave Starbucks and get into my car, taking the new Pinback out of the CD player and exchanging it for the previously forgotten Robb Benson record I just finished writing about. I shift into reverse, and then into first, as Benson sings "We're all such creatures of habit/ but we're just where we need to be/ for the moment."