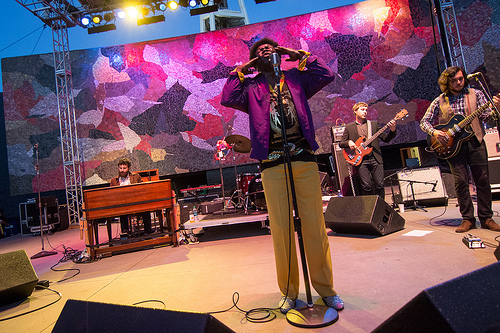 Saturday at Bumbershoot: so many Charles Bradley Feelings!

"Oooooooooooooooh." Charles Bradley and his Extraordinaires at the Mural Stage.

So, I think the Bumbershoot day with the most back-to-back Peak Experiences {Bob Mould! Death Cab! the Breeders! Patton Oswalt!} had to be Sunday — but the runner up, just by a hair, was Saturday, AKA Charles Bradley Day. He bookended my day, playing early on at the KEXP Music Lounge, and at 8pm on the Starbucks stage (at the Mural, above). I say this without hyperbole: both performances were nothing short of incredible, because every time I see him, Charles takes me straight to church. A gritty, guts-of-New York church; a dirty, funky church where no one judges me, and where I can get up in the aisle and do the robot in a crop top if I feel like it.

Performing with his Extraordinaires, the morning vibe was set off just right, wall-to-wall with killer jams and followed by a hug — quite literally — for everyone in the first three rows. 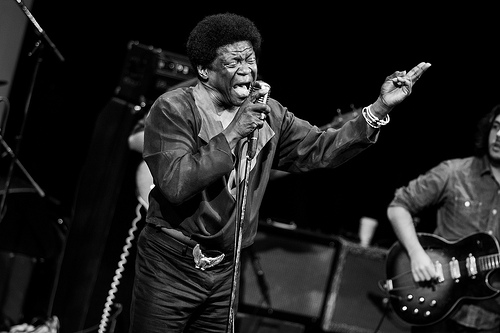 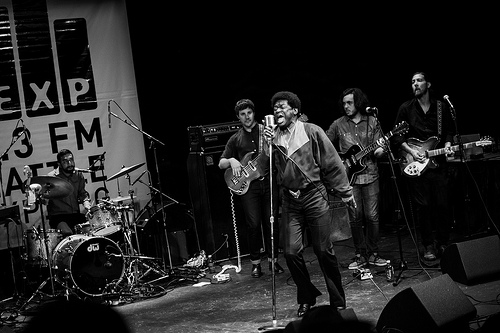 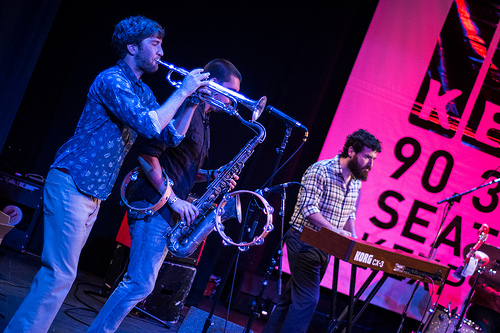 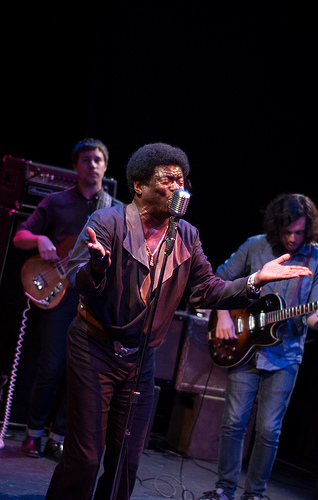 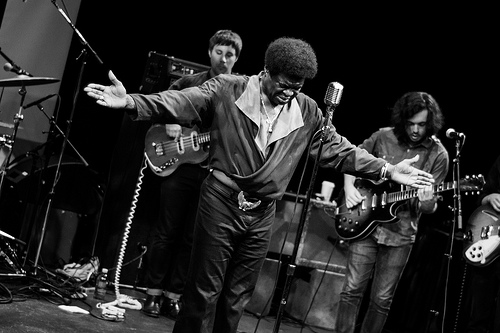 It was just as good at the evening performance, with a little more strut and a lot more sequins (photos are only permitted during the first few songs, but just imagine Charles having a sparkly jacket costume-change mid set AND IT BEING SUPER AWESOME): 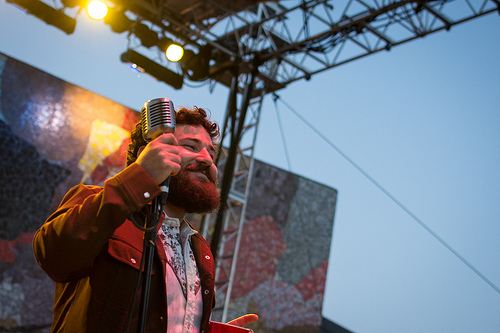 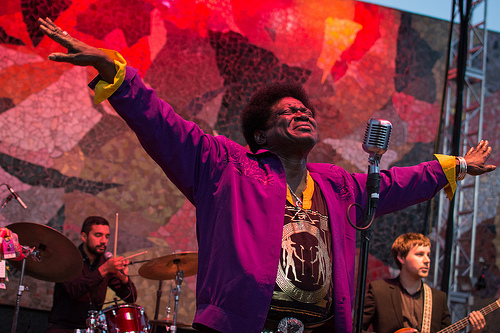 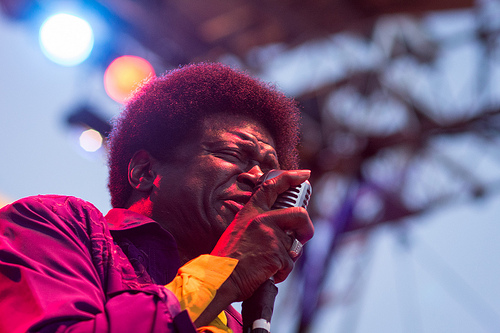 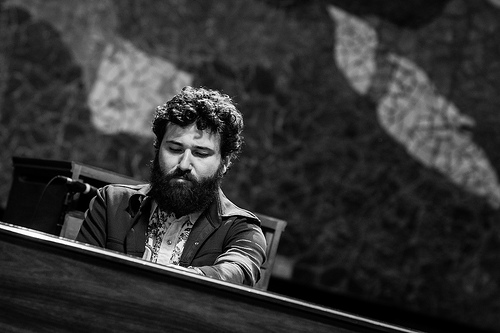 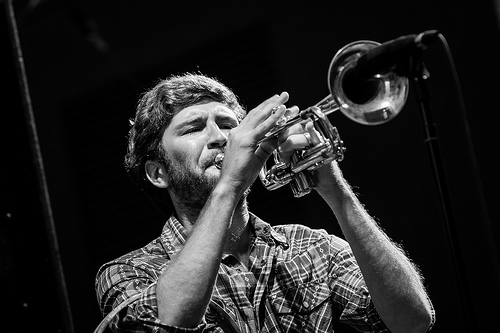 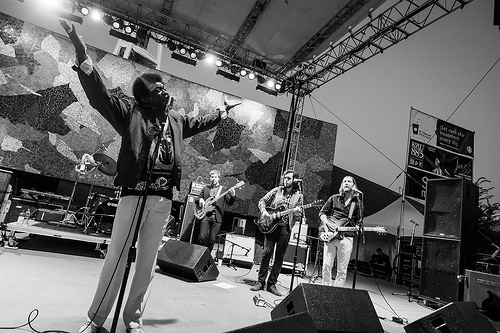 Charles was my main reason for attending the festival on Saturday, but that's not to say that plenty of other good stuff didn't go down over the course of the day. The two that stand out the most are for sure Gary Numan's set in the KEXP lounge, and the !!! set at the TuneIn stage. 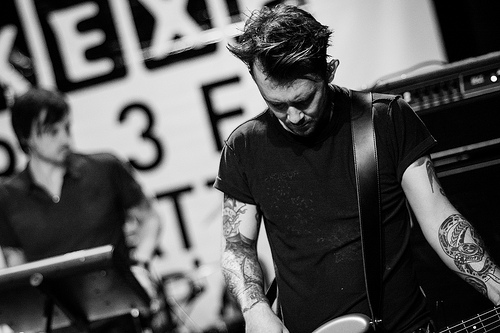 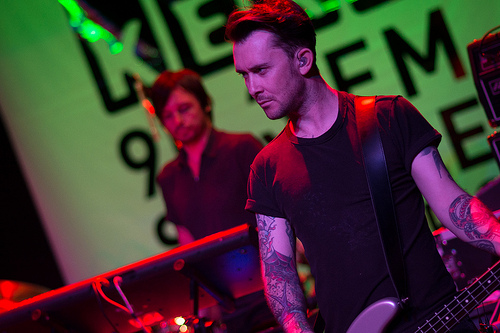 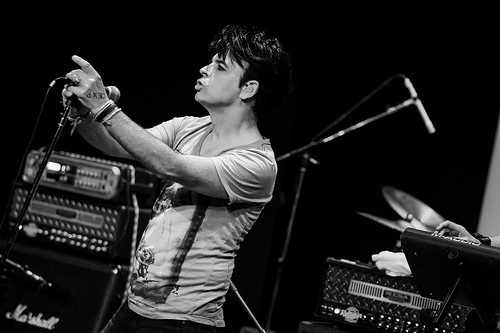 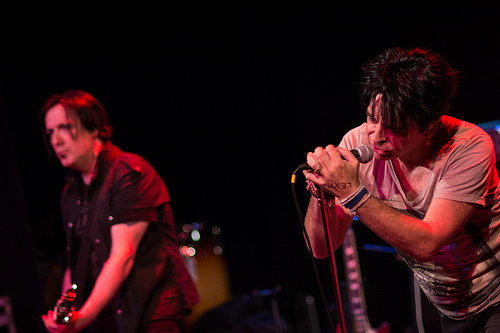 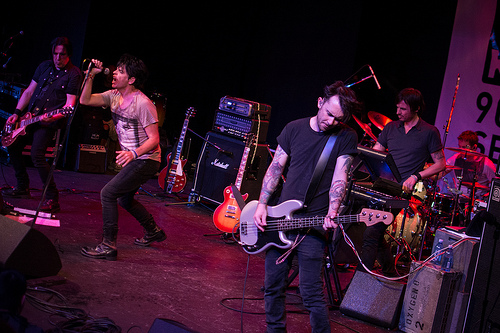 Jesus balls, Gary Numan. I'm not going to try and lie here, I was a little… apprehensive? about how good the set might turn out to be — that song about the cars was released in 1979, you guys! — but the rest of me went into the show with a confidence that if KEXP booked it, it was probably going to be good. Welp, sorry for doubting you, Gary Numan, BECAUSE YOU FUCKING DESTROYED IT. "Cars" aside, the set had a really modern Nine Inch Nails sound: keyboard-heavy without sounding the wrong kind of electronic, goth-y and dark without sounding dated. He was super approachable, too, signing autographs and taking photos with fans after the set. Bravah, Heather. BRA-FUCKING-VAH. 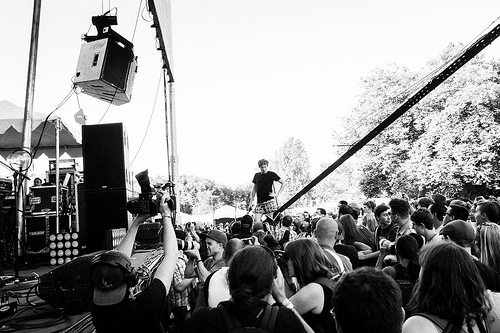 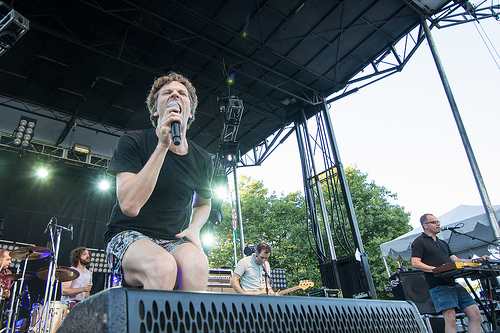 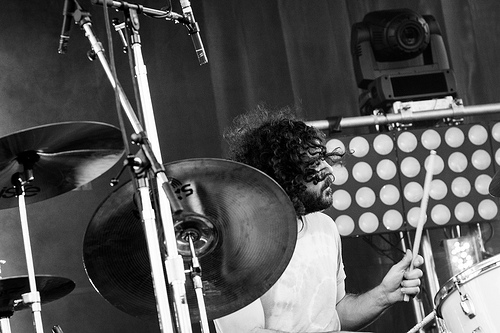 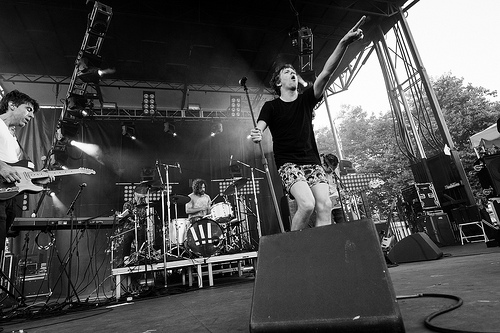 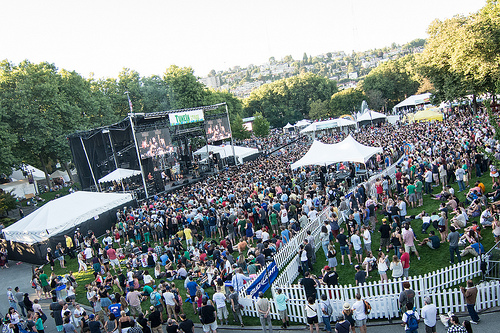 Always a solid experience, !!! (nee Chk Chk Chk) brought the dance party to thousands — was it thousands? it sure felt like it! — of fans, with lead singer Nic Offer tearing up and down the stage, out into the crowd and back, for the entire set. You just can't feel lousy at a !!! show, and even if you start off in the dumps, you'll be grinning ear-to-ear by two songs in. Thank you, Nic, for bringing the goodness! It was just what I needed!

The rest of Saturday rounded out nicely: I heard Diamond Rings, Beat Connection, and Thao from afar at varying points in the afternoon, and according to the masses, Heart was quite the experience. Pop on over to Amie's three-day roundup to read more about it (and to hear about some of the bands I missed!) over here.