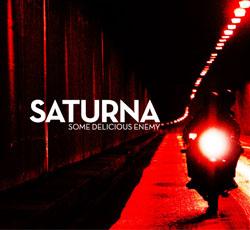 I listen to a lot of music. Shocking, I know. I also like a lot of music. That may be surprising given how much I tend to ruminate for hours on what I don’t like, but I really do like a lot of stuff, and a lot of different kinds of stuff. Gimme pop, rock, indie, new-wave, rap, country, britpop, goth, hard rock, psychedelic, funk, alt-country, twee, and/or hundreds of other genres and sub genres and I can find something, often lots of things, to like. Of all the stuff I listen to and all the stuff out there, I do have a favorite genre. The dreaded “shoegaze.” Why dreaded? Well, I clearly recall it being much maligned in its time, and much ignored in this one, though it definitely had an influence on some of us. I don’t even know that many people (outside of critics and record collector scum) are familiar with the style; of course, gentle reader, you being a frequent visitor to the site indicates you surely have an encyclopedic knowledge of music, so you know what it is, right? Of course you do. For those that don’t, and I suspect there’s more than I’d like to realize, a brief description: it’s like regular (guitar-based pop/rock) music, but with the reverb (and generally many other) pedals turned up to eleven, all adding into a mysterious sound stew of fuzzy noise that seems to come from everywhere at once. And that’s why we “gaze” at our “shoes,” so we can step on our effects pedals at appropriate times. It’s sort of like updated psychedelia, and it really started to appear in the mid-80’s with bands like Loop, Spacemen 3, and the Jesus and Mary Chain (though the term wasn’t coined until a couple of years later). My Bloody Valentine, Slowdive and Ride are probably the most common touchstone bands, there were plenty of others, too, some of which got play on U.S. college radio (most of the bands were British) and even MTV’s 120 minutes. In later years the term was generally applied more to dreamy bands of the Slowdive ilk, but give me huge walls of distorted guitar and feedback any day… that’s the way I have always, and will always, think of it. Big. Loud. Beautiful. That brings me to the modern shoegazers, and Portland/Seattle’s own, Saturna.

Shoegaze never got big, Nirvana and Nevermind saw to that as shoegaze music was peaking just as Nirvana appeared and changed the course of music history, simultaneously squeezing virtually all other genres and bands at the time out to the margins, but shoegaze never really went away. As it turns out, somewhat ironically, Seattle and the Pacific Northwest is a bit of a shoegaze stronghold with bands like Voyager One and the High Violets being long-term practitioners and genre standouts, and other bands like the Dandy Warhols and Kinski having clear roots in the style. Saturna sits snugly in this tradition, and has managed with this, their debut full-length, to reference the things that came before while carving out their own place with memorably strong and well-crafted songs, more than just mood and attitude, which help strengthen the argument that shoegaze is a genre worth revisiting, especially when it remembers to kick ass like this.

“Roll Down” leads off the album, all swoony My Bloody Valentine-guitars that open into an expansive song reminiscent of Ferment-era Catherine Wheel. The vocals, so often buried in the mix in atmospheric rock music, are right up front and help make the song more immediate and accessible to the myriad music fans less obsessed with the genre than I. The second track, “Fall,” shifts gears to a driving dance-y beat with a smoldering intensity… until the breakdown reveals a snarling guitar hook, which then fades into shimmering vocal harmonies. It’s almost like three different songs blended brilliantly together. “Just for Thrills” is just plain old dark, dirty rock and roll. “Pop Rocks” references psychedelic pop like later-era Dandys, instantly catchy, but somehow less obvious and derivative than Courtney can be, plus, it features cowbell. Drone has always been a staple of the sound and “Leader of the Western Stars” is (stepping out of the genre for a moment) like the Beatles’ “Within You/Without You” streamlined and updated to modern pop. In “Blanket of Stars,” guitars and vocals soar together and call to mind for me the epic scale and scope of one of my all-time favorite albums, Swervedriver’s Ejector Seat Reservation.

A brief aside: I cannot think of a more criminally overlooked album in the genre, or, quite frankly, any genre, than Ejector Seat Reservation. This stems in no small part from the fact that, due to the shortsightedness of US label A&M, it was an import only release here, stateside, for 8 years after it’s release (I dished out $31 for my copy back in the day), and even when it was released in the States, it was Sony doing the deed. Even their UK label Creation, the spiritual home of shoegaze music, did little to promote it and dropped the band over licensing problems days after it’s release. It’s their masterpiece, like what came before it, but more subtle, more attuned to the songs than the sounds and probably best experienced in its entirety, rather than on a song-by-song basis. A big part of the genius of the record is that it really transcends the genre… it’s just a great rock record, no matter how you’d like to classify it. Brief aside over, that brings me back to Some Delicious Enemy. I’ve probably used the word shoegaze (shoegaze… SHOEgaze… shoeGAZE… SHOEGAZE!!!) with greater frequency than any music writer in their right mind (I never make any promises…) should over the course of this review, especially given that what Saturna has given us is a plain old-fashioned great rock record, stick it in whatever genre you see fit.