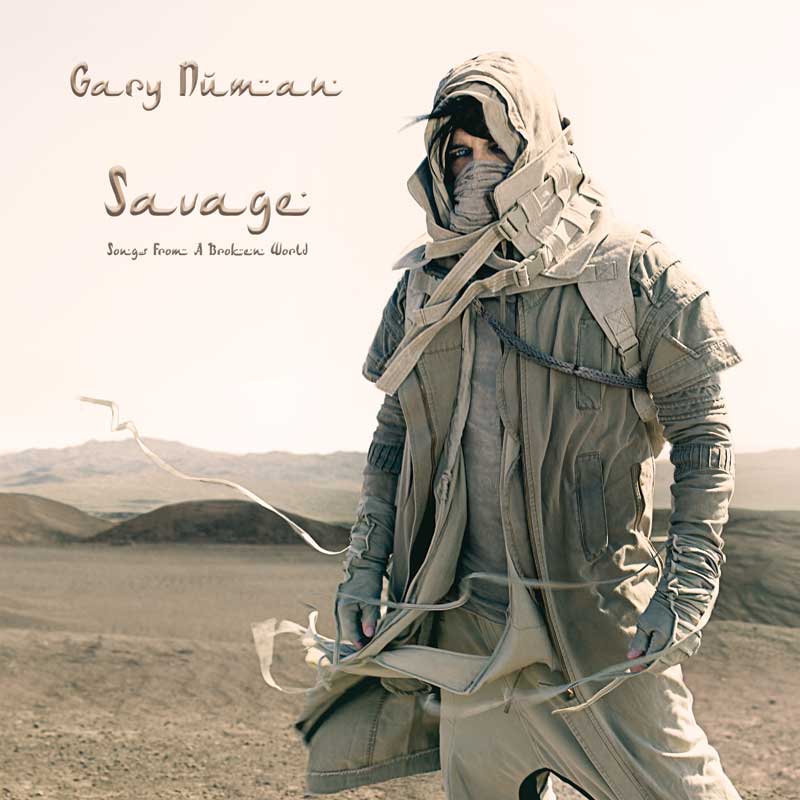 Savage (Songs from a Broken World) by Gary Numan

To say that Gary Numan is undergoing a renaissance would be an understatement. Although he has always been active as an artist and has an impressively prolific catalog, Numan has primarily maintained a cult status ever since the early 1980s when he released his classic and best-known records Replicas (1979), The Pleasure Principle (1979) and Telekon (1980). Shortly thereafter, his popularity began to decline, as is the case with most artists due to the mercurial nature of the music business. In spite of this, Numan never really slowed down. He has continued to create new records and has toured extensively over the course of his career that is now approaching forty years. He even performed live with Nine Inch Nails in both 2009 and 2013. Trent Reznor has been a huge fan and supporter of Gary Numan over the years and has helped him gain exposure with a younger audience in recent years.

In late 2013, Numan released the excellent Splinter (Songs From A Broken Mind). Around this time, his popularity began to increase once again. He also performed the three aforementioned classic records in their entirety in 2015. Musically, his records have taken on a darker, more industrial sound since the mid-1990s. Splinter is no exception to this. That album was a highly personal one for Numan and is one of the highlights of his discography. This leads us to the genesis of Savage, which is Numan’s twenty-first studio album. The record is a fictional concept album that crosses into a dystopian science fiction territory where the world has become a desert due to global warming. Of the idea and the characters, Numan says, “It’s about a desperate need to survive and they do awful things in order to do so, and some are haunted by what they’ve done. That desire to be forgiven, along with some discovered remnants of an old religious book, ultimately encourages religion to resurface, and it really goes downhill from there.”

The new album opens with “Ghost Nation,” a slow burning, modern industrial introduction that features pulsating keyboards and programmed drums that still sound warm and organic. The chorus builds up to a crescendo where Numan says, “Have you ever seen death/god/me with your own eyes?” The fact that he is still making music this incredible after so many years is astonishing.

“My Name is Ruin,” was the first single to be issued from Savage. The sound of the keyboards incorporates Middle Eastern tones that are fused with grungy bass notes. Again, the drums punctuate the rhythm with a sense of urgency and this provides an overall perfect aural landscape for the desolate narrative that unfolds within the lyrics.

“When the World Comes Apart” is one of the heavier sounding tracks on the album. There are guitars in the mix, but it is mostly the keyboard sounds that are distorted and in the forefront of the song. True to form, Savage is very much a keyboard album and one of the impressive things is that Numan uses keyboards as the primary rhythm, bass and lead instruments throughout.

Savage covers an awful lot of ground in a couple of ways. The plot behind the narrative is engaging and the soundtrack that Numan creates works extremely well. There are harsh, claustrophobic moments as well as softer, introspective ones that are packed within the ten songs on the record. It’s no wonder that his influence has been so massive upon other artists, and it clearly continues with each new album that he releases.

Gary Numan will be performing in Seattle on Wednesday, 22nd November (2017) at the Neptune Theatre with special guests Me Not You. The highly recommended show is apparently almost sold-out. To see the legendary artist live and witness songs drawn from his extraordinary career, purchase tickets soon if you have not done so already (more info).