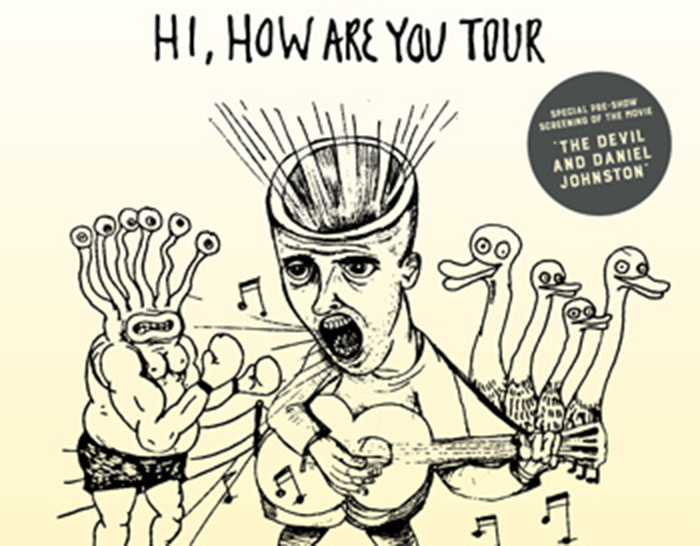 Everybody who’s been around music in the last 30 years or so has seen the strange little frog named “Jeremiah the Innocent,” with the words “Hi, How are you?” written over his head. Much like the story of his creator, his origins begin mysteriously, and have you wondering, “Hmm, I keep seeing that everywhere but I don’t know what it’s about.” You’ll see some friends post a picture of themselves standing in front of a Jeremiah mural in Austin, or you’ll see somebody wearing him on a shirt. It may even take you years to find out. By the time you realize who Daniel Johnston is and finally hear the tape emblazoned with Jeremiah’s image, you feel like an absolute idiot. You have immediately lost all of your musical street cred. In all of your previous years, you have known nothing about what makes a song great. Your internal monologue pleads, “Please, PLEASE make sure no one ever finds out that I didn’t know who Daniel Johnston was until today!”

Like Jeremiah, Daniel Johnston’s music is innocent, in that the songs live and breathe in their truest forms. When a finger flubs or the song loses time for a moment, it only shines brighter on Johnston’s pure elation for playing music itself, where other musicians would find themselves tearing their hair out and demanding another take. His true talent lies in his embrace of imperfection, and getting his inspirations out in any way that he can. Since he’s working within the confines of mental illness, the simplistic beauty of his compositions is quite a feat. A few of my personal favs are below:

It’s been announced this will be Daniel’s last tour ever and he’ll be joined on stage each night by bands who have been influenced by him. Seattle will not only be treated to the talents of Built to Spill, but also a pre-show screening of the 2005 documentary The Devil and Daniel Johnston. He’s been a huge inspiration for artists the world over, and this will be an unforgettable evening you don’t want to miss out on!