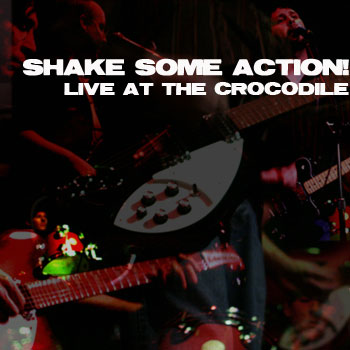 Seattle band Shake Some Action has just released a live-from-the-Crocodile CD. This is exciting because:

We're thrilled Shake Some Action! chose to record and document the show for posterity.

The CD will be available for purchase in iTunes in the coming weeks, but for a couple of weeks, Shake Some Action! will allow you to stream it for free right now from their website:

PS ~ You can also catch Shake Some Action! live and for reals this Saturday, when they play at the KEXP Audioasis benefit show at the High Dive on Saturday. The full lineup starts at 6p and goes all night, with the following lineup"