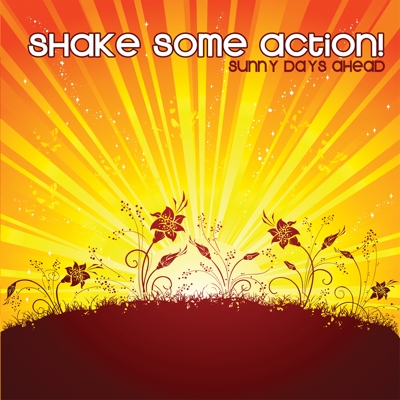 Local power-pop band Shake Some Action! have been busy working on a follow-up to their self-titled debut ({review} for some time now. The record will be called Sunny Days Ahead, and will be released on June 17th on frontman James Hall's Satellite 451 label.

Speaking of James, he was kind enough to give TIG exclusive access to a new Shake Some Action! song, months before the record officially releases. Huzzah for James!

The song is called "Looking for Someone" and I'm quite fond of it. I'd love to know what you think, so please, click on through for a listen.

Listen now: "Looking For Someone"

According to Hall, the title comes from something Cheryl Waters said during the band's in-studio at KEXP last year. (See the video below. To skip ahead to Cheryl's words, go to 3:54 into the clip. But the whole video is worth watching, as the song "Someone Else's Friend," frankly, kicks jangly guitar ass. And the video just might have been filmed by me. I'm just sayin'.)

Shake Some Action will have a CD release show for Sunny Days Ahead on June 13th at the Sunset in Ballard. Stay tuned to TIG for more info on that one.