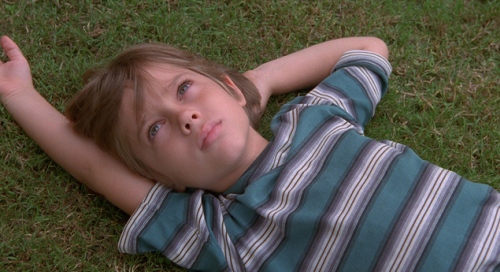 SIFF 2014 is lurching along into its final week, and there’s still time to catch up on your cinema (over)consumption if you’ve yet to partake. I can’t protect you from the well-meaning but terrible pre-film bumpers imposed on audiences at each screening — the membership and Egyptian ones are particularly egregious, more so when viewed more than one time — but I can help steer you in good directions for feature presentation choices.

Here are some hits, misses, and in-betweens coming up in the fest’s final ten days (May 30 – June 8).

Boyhood
{screens May 31 at 5pm at the Egyptian, and June 1 at 8pm at the Harvard}
Boyhood is a quiet triumph, though you may not fully realize it for a while. In tracking the evolution of a young man named Mason and his family — shot over 12 years, using the same cast throughout — Richard Linklater has achieved something quite unlike anything I’ve ever seen in cinema. It consists of 164 minutes that don’t necessarily fly by: like life, it’s sometimes boring and imperfect, and change can reveal itself so gradually that you only notice it in aggregate.

Seeds of Time
{screens June 1 at noon and June 2 at 6pm at the Uptown}
It should come as no surprise that global food production in its current state is unsustainable, and that a decrease in crop diversity is a key factor. Seed banks around the world preserve long-uncultivated plant varieties in an effort to ensure food security for future generations; the Svalbard Global Seed Vault in Arctic Norway is the most unique and perhaps the most important. It’s the brainchild of conservationist Cary Fowler, and both creator and creation are explored in this nicely-done doc, which is good for foodie types and enviro-types alike as it reveals some very inconvenient truths about the disintegration of the world’s food supply.

To Be Takei
{screens June 6 at 7pm at the Egyptian, and June 7 at 4pm at the Uptown}
From a childhood scarred by internment during WWII to Star Trek to online awesomeness, George Takei’s journey has been filled with the unusual and the unexpected. This crowd-pleaser of a doc provides fun glimpses into the public and private lives of the icon and his business-side-of-things husband, Brad, who is amusingly not really into the whole documentary idea. He’s one of many pro-Takei interviewees, the likes of which include none other than William Shatner, who speaks and more often is spoken about, and who comes out smelling like… well, an asshole.

10,000 KM
{screens June 5 at 9:30pm at the Harvard, and June 6 at 4:15pm at Pacific Place}
An intimate and insightful hetero-romance drama, freshly visualized. It begins with a very impressive 25-minute single shot in the Barcelona apartment of (hot) couple Alex (Natalia Tena) and Sergi (David Verdaguer) nearing the end of some (hot) sexytime, continuing cut-free through a tense discussion about a turning point in their lives. And thenwe don’t see them in the same room together again for quite a while — but we do spy on their Skype calls, emails, Facebook posts, Google Earth lookups, and Alex’s photos of Los Angeles, where she’s accepted a one-year gallery residency. It’s an interesting way to reveal the pair’s fraught, long-distance narrative, and it all seems very now — but only for the moment, of course.

{screens May 31 at 6:30pm and June 1 at 8:30pm at the Uptown}
So there’s this coal-miner’s daughter, see, who did well for herself and got out of her unpleasant small southern town and now works as an environmental attorney in big-ol’ New York City. She visits home and, I dunno, for research purposes or something, asks to go down in the mine with her dad and his crew the next day. Well, wouldn’t you know it, that happens to be the day there’s a damn mine collapse. Up to that point the film has the look and feel of one of those ‘90s-era USA Network original movies – I wouldn’t have been surprised to see Kathleen Quinlan in the frame at any given moment. But then the mine stuff – well, there are some decent jump-out-atcha scares, and visually the claustrophobia of the dire situation is conveyed pretty well. Otherwise, there’s not much going on Beneath the surface, but it passes the time if you’re easily entertained.

Dear White People
{screens June 5 at 7pm at the Harvard Exit, and June 7 at 3:30pm at Pacific Place}
This School Daze-y satire about racial tensions at a fictional Ivy League university centers on Sam (Tessa Thompson), militant host of a hot-button campus radio show that gives the film its title; Troy (Brandon P. Bell), her aspiration-laden, non-threatening golden-boy counterpart; Coco (Teyonah Parris), their wannabe rival in social-media domination; and Lionel (Tyler James Williams), a gay student observing it all from the sidelines. A certain smugness at times detracts from the film’s confrontational vibrancy, and very few of the characters’ romantic entanglements ring in any way true. But this is an otherwise well-observed film that’s often fun, and would have been more so with a 20% shorter runtime.

First Snowfall
{screens June 5 at 4pm at Pacific Place and June 6 at 6:30pm at the Uptown}
This frequently pretty but uneven Italian Alps-set film follows Dani, a refugee from Togo, as he enters (and of course changes forever!) the lives of his elderly employer’s broken family. With its unearned moments of jubilation, pokey pacing, and broad emotionality, First Snowfall drifts and drifts, at last landing firmly in SIFF’s ever-popular “just ok” category.

Hellion
{screens May 30 at 9:45pm at May 31 at 3:30pm at Pacific Place}
Somewhere in Southeast Texas, a dead woman’s widower (Aaron Paul) and their sons (Josh Wiggins and Deke Gardner) are dealing very differently with grief. The older son is a delinquent, their aunt (Juliette Lewis) takes the younger one under her wing at the urging of Child Protective Services, and the dad finally begins to return from a very unproductive emotional absence. Paul and Lewis are great (even when their accents aren’t), and the kid actors are all right, but it’s very difficult to empathize with many of these characters; the most redeemable ones are the most under-developed. If dour family dramas are your thing, give this one a go.

Mood Indigo
{screens May 31 at 11am at the Uptown}
French writer-director Michel Gondry tickles some Amélie-ish notes in this imaginative alt-reality tale of a wealthy Parisian tinkerer named Colin (Romain Duris) and his new romance with the elegant Chloe (Audrey Tautou). This is the kind of movie where pianos make cocktails, and where characters’ legs become long and muppety when they dance. And just when the viewer is learning the steps to Gondry’s cuckoo boogie, Chloe is diagnosed with a very strange illness, at which point Mood Indigo becomes a much different (and, in my mind, better) film. Often swoon-worthy, but not for everyone.

West
{screens June 7 at 6pm and June 8 at 11:30am at the Uptown}
In mid-’70s East Berlin, Nelly and her son Alexei, whose father went missing three years prior, escape to the West in an effort to start afresh. It’s great to see Jördis Triebel, who plays Nelly, in a lead role again — I still think of her amazing pitch-perfect turn in Emma’s Bliss way back during SIFF ’07. And scenes in West‘s first half — dealing with final degradations on the way out of the East, jumping through bureaucratic hoops to settle into a refugee center in the West — are great. But the narrative loses steam as Nelly’s paranoia and Alexei’s irksomeness begin to wear thin.

{screens June 1 at 6:30pm and June 2 at 4:15pm at Pacific Place}
Four gen-Yish NYC dwellers “explore the various states of modern day relationships”, according to the SIFF description. It helps to know that this is what the filmmaker (Ryan Piers Williams, who of course stars in it as well; he even dragged his wife America Ferrera into it) was aiming for, because what I saw was just a consistently irritating mess. Tonally disjointed and often flat-out tone deaf, X/Y‘s scenes are inhabited by characters who frequently seem to be not only in different movies but in different dimensional realities. Don’t be taken in by the improbably large apartments — unless you enjoy hanging out with self-absorbed baiters who participate in unacceptable workplace behavior, just say N/O to X/Y.