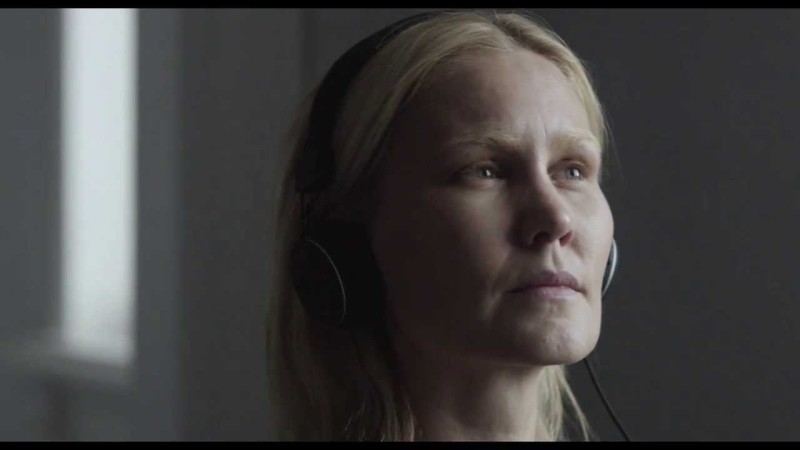 Blind
{5/26 3:30p Uptown}
This directorial debut from the writer of 2012 festival favorite Oslo, August 31 is a twisty, tricky drama about an imaginative, recently-blind aspiring novelist and the worlds she creates. And the worlds we all create, really, around what our loved ones are up to when our eyes aren’t on them. The film gets progressively more delightful each time the narrative rug is pulled out from under the characters and the viewer. (Key word: viewer.)

Short Skin
{5/25 6p Lincoln Square, 5/31 7p Pacific Place, 6/1 4p Uptown}
Poking up out of the glut of coming-of-age stories at SIFF this year, here’s one with a very interesting, um, entry point. It’s set in Pisa and follows Edo, a sensitive teen who loves books — he’s even wearing a Powell’s t-shirt at one point — and who, goaded by his lout of a best friend, feels the need to lose his virginity by the end of the summer. But that’ll be difficult, not for any shortage of eager females, but due to his titular issue: he suffers from phimosis, which means even masturbation is painful. That’s right, this is a dick movie, and it’s unbelievably frank about anatomy, (hetero)sexuality, and gender myths. Expect approximately half of the viewing audience to visibly shudder at multiple moments.

Vincent
{5/24 6:30p Uptown, 5/25 3:30p Uptown, 5/28 6p Lincoln Square}
This might be the quietest superhero film you’ll ever see. The title character isn’t really a superhero, though: he just has special abilities — increased speed and strength — but only when his body is wet. His carefully-constructed quiet life and newly-formed relationships are jeopardized the one time he actually protects someone from a bad guy. Dammit! Vincent is charming and understated, with some sly visual homages to Marvel movies — and the comparisons should really end there.

The Boss: Anatomy of a Crime
{5/24 8:45p Harvard Exit, 5/26 9:30p Uptown}
A well-made bummer of a movie based on the real-life case of a young Argentinean laborer exploited to a homicidal breaking point. Unscrupulous meat-industry practices are a major part of the story, and are explored in grisly detail: there’s literal butchery, and you literally see the sausage being made. Effectively, if unintentionally, pro-herbivore.

Dreams Rewired
{5/22 8:30p Uptown, 5/23 12p Uptown}
Tilda Swinton narrates a cinematic essay on the brief history of communication technology as corresponding early-cinema images of our (imagined / longed -for / dreaded) present and future flicker across the screen. At a half-hour this would have been the year’s best short; nearly thrice that is a strain on the electric passion.

Manglehorn
{5/23 11a Egyptian, 5/24 5p Renton}
Al Pacino plays a cranky, eccentric locksmith left heartbroken forty years ago; he finally tries to begin again with the help of his estranged son (omnipresent Chris Messina) and a bank-teller buddy (fantastic Holly Hunter). This would have made a terrific half-hour short (damn, that’s becoming a real theme of my reviews this year), but the elder Manglehorn’s unrelenting, self-sabotaging unpleasantness and all-too-frequent vocal-fry voiceover are real challenges at feature length.

Our Summer in Provence
{5/23 7:15p Egyptian, 5/31 1:30p Egyptian, 6/7 5:30p Kirkland}
After their parents separate, Parisian asshole teens Lea and Adrien, along with their big-hearted young brother Theo, are sent one sunny summer to stay with their grandparents in a remote south-of-France village. Jean Reno (as the grizzlygrand-pere) has some nice moments in this broad and frequently fromage-y film, which never really recovers from a truly excruciating Boomer-hippie nostalgia trip around the midpoint.

Senza Nessuna Pieta
{5/28 7p Harvard Exit, 5/30 4p Harvard Exit, 5/31 8:30p Lincoln Square}
Ooh, how new: an Italian mob movie. This one’s about a doormat of a thug named Mimmo, whose loyalty is tested when a violent confrontation with the boss’s son sends him on the run with a beautiful young escort. Nicely assembled, often compelling, but ultimately unsatisfying.

Sugarcane Shadows
{5/25 5:30p Uptown, 5/27 4:30p Pacific Place}
Residents of a village in Mauritius face the closure of their generations-old sugar mill and the misappropriation of beloved land. The effects-of-globalization narrative is a timely one, and the cinematography is beautiful, but creaky storytelling precludes a full endorsement.

Unexpected
{5/22 7p Pacific Place, 5/23 3:30p Lincoln Square}
Nice performances and copious amounts of unhealthy food are among the takeaways from this cute but slight message-story of a Chicago high school science teacher and the bond she forms with a bright, underprivileged student during their simultaneous unplanned pregnancies. Nothing really new here, but it might be a good candidate for season 1 of the as-yet-unannounced IFC Afterschool Special.