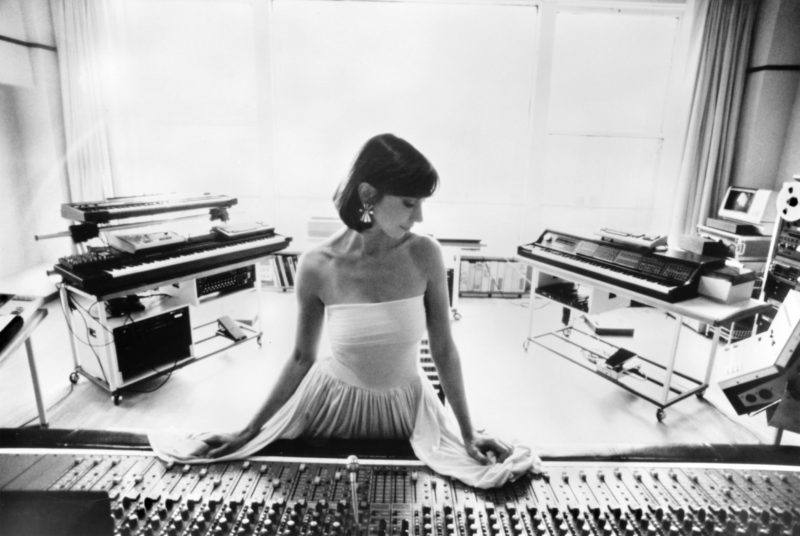 IT’S THE MOST WONDERFUL TIME OF THE YEAR! The 43rd Seattle International Film Festival kicks off this Thursday night, and TIG is stoked to see all the amaze Face the Music screenings they have lined up. Documentaries reign supreme this year, covering everything from EDM to opera—plus there’s a few incredible live events lined up too.

Let’s start with A Life in Waves about electronic music pioneer Suzanne Ciani, who used her modular synth skillz to create cool-as-f*ck sounds like a Coca-cola bottle being opened, and oh, NDB, the Atari jingle. After being told by incredulous label-ruling dudes that unless she also sang, they couldn’t sell her music, Ciani created her own label and made a killing composing commercial scores. I think I’m in love. {Screens Monday, May 29, 1pm at Lincoln Square, Tuesday, May 30, 8:30pm at SIFF Cinema Uptown, and one more time Wednesday, June 7, 9:15pm at Ark Lodge Cinemas}

I can’t wait to see the illuminating and important Rumble: The Indians Who Rocked The World, which showcases the important contributions Native Americans Link Wray, Robbie Robertson, Buffy Sainte-Marie, and Charley Patton made to modern music. The premiere on Friday, May 26 is at The Paramount Theatre in conjunction with their gallery opening of Re:definition, and followed by SIFF’s 4th World afterparty featuring a special guest DJ. Doors at 6pm! {Also screening one more time at Saturday, May 27, 11:30am at SIFF Cinema Uptown}

Just watching the trailer for A Paris Opera gives me serious anxiety so I cannot imagine how stressful it is to put on shows of that magnitude … but I guess I will after this movie shows me a whole season of what goes on behind the curtain. Also, was that a live ox I just saw on stage? {Saturday, June 3, 3pm and Monday, June 5, 6:45pm. Both screenings at SIFF Cinema Uptown}

Filmmaker Michael Winterbottom {9 songs & 24 Hour Party People} uses his musically-inclined lens to take us on a U.K. tour with indie-rock-band Wolf Alice for something SIFF is calling “a documentary/fiction hybrid that is part tour chronicle and part romance” in On the Road. SOUNDS SCANDALOUS. I’m in. {Wednesday, May 31, 7pm at SIFF Cinema Egyptian; Friday, June 2, 3:30pm & Wednesday, June 7, 7pm at SIFF Cinema Uptown}

Also on deck: Musician, artist, and prolific YouTuber Todrick Hall takes us behind the scenes of his new musical “Straight Outta Oz” in Behind the Curtain: Todrick Hall {Monday May 29, 7pm SIFF Cinema Egyptian & Thursday, June 1, 4:00pm, SIFF Cinema Uptown; Director/Producer Katherine Fairfax Wright scheduled to attend both screenings}; More than 25 years in the making, the story of how legend Chavela Vargas found her voice is detailed in Chavela {Friday, May 19, 6pm, SIFF Cinema Uptown & Saturday, May 20, 11am, AMC Pacific Place}; Who is Bill Frissel? We’ll find out in Bill Frissel, A Portrait of this Grammy-winning guitarist who has played on literally hundreds of albums {Sunday, May 21, 2:30pm, SIFF Cinema Uptown & Tuesday, May 23, 4pm AMC Pacific Place} and we’ll get a look at EDM trio Major Lazer’s now-legendary Havana concert where they performed to an audience of almost 500,000 people in Give Me Future {Friday, May 19, 8:30 pm, SIFF Cinema Uptown; Saturday, May 20, 3:30pm, Majestic Bay & Friday, June 2, 9pm, Ark Lodge Cinemas}

Two live events at The Triple Door round out SIFF’s musical offerings this year: the dreamy du-wop band – or is that DOOM wop? – Prom Queen will provide a soundtrack to trippy Something Weird video clips {Thursday, June 1}, and Austin band The Invincible Czars will create their own live score to accompany the 1920 silent adaptation of Dr. Jekyll and Mr. Hyde {Thursday, June 8}.

One more thing: GET OUT YER AQUA NET AND BLUE EYESHADOW. Even though it’s not technically part of Face the Music, I totally have to mention this super radical The 80s Teen Movie High School Reunion, in which there will be 1980s music videos, sing-alongs, a scavenger hunt, staged readings from iconic 80s flicks by Ian Bell’s Brown Derby Series – aka MY FAVORITE THING EVER – and of course, dancing to live music by 80s Invasion. This is our time to dance. It’s like, totally, fer sure our time. Y’know? {Friday, May 26, 9pm at Neptune Theatre; 21+}