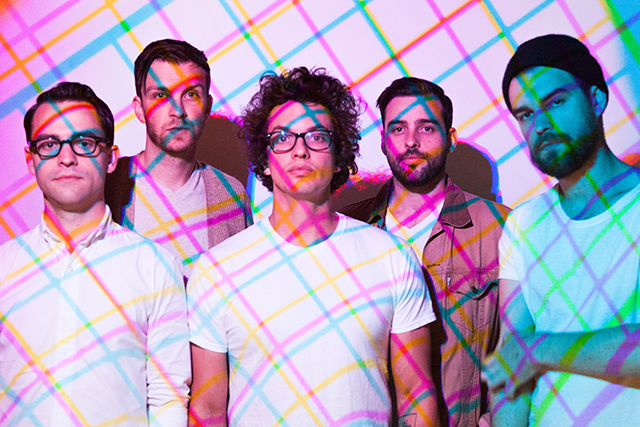 We’ve got a delicious treat for your Tuesday! We’re excited to have an exclusive track premiere from Seattle’s own Pickwick, called “Light It Up (Let It Burn).”

The track features a spooky organ and a low riff with a sinister bent, joined by a dancing, delicate chorus in falsetto from singer Galen Disston. It’s definitely a departure from Pickwick’s previous sound!

After nearly completing a pop R&B record in 2016, the band was exceedingly frustrated with its musical direction, scrapping the album entirely and losing a band member in the process. It was time for a rebirth, to remember what motivated them to create music in the first place. This led them to their new album LoveJoys, and a carefully cultivated sonic change in collaboration with prolific producer Erik Blood (Shabazz Palaces, Tacocat and Moondoggies.) They’ve transitioned from R&B to shined up Space Soul that’s sure to be a favorite at this Summer’s pool parties and BBQs.

Pickwick assembled a crew of noteworthy local talents to join them on LoveJoys and I can’t wait to hear the rest of the album!  It features performances from: Tendai Maraire (Shabazz Palaces), Sean T. Lane, Marquetta Miller & Jeremy Shaskus (Breaks and Swells), Taryn Rene Dorsey (Wiscon) and Alina To (Passenger String Quartet.)

You can pre-order the record now before its official release on June 7th.

We’ve got two tickets to giveaway to their record release show, June 10th at Neumos!  For a chance to win, email us at tiglovesyou {at} gmail {dot} com with the subject line “Pickwick? Pick ME!” anytime between now and 5pm, Monday June 5th. We will choose a winner and email them that evening.