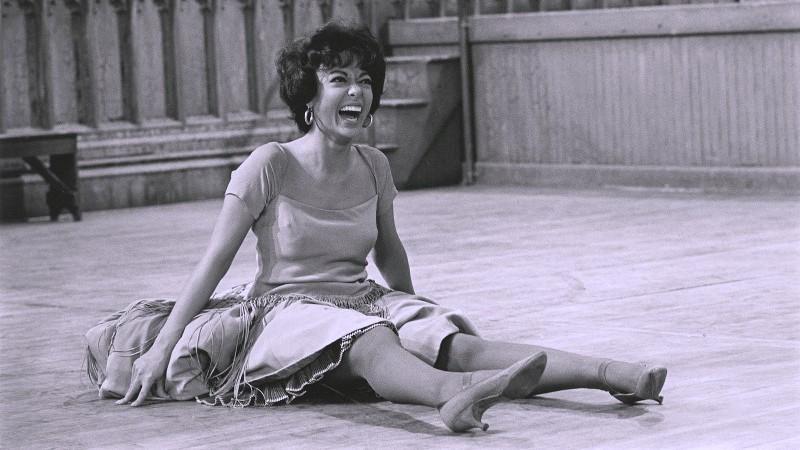 And as Amie has pointed out, there are 100ish feature-length films and shorts programs to peruse and view by EOD April 18. Definitely not the daunting lineup of SIFFs past, but not scanty either, and I’m here to help you choose.

I’ll be writing short reviews of the films I’m able to check out (or have already seen, by way of other recent online fests), and updating this list a few times up to closing weekend. And since we’ve all survived a lot lately, I’ll be keeping it all positive – just the can’t-misses and the solid bets. More than a year into fulfilling your cinematic needs near-exclusively via streaming services, you know when to call it quits on something you’re not jiving with. Life is literally too short.

First up, 4/11/21: Censor, Mother’s Milk, The Pink Cloud, Strawberry Mansion, This Town, and Truman and Tennessee.

• Chuck Connelly: Into the Light
Nicely compact documentary about the surly neo-expressionist painter Chuck Connelly, who came of age in NYC in the ’80s next to Basquiat and Schnabel but eventually pissed off too many gallery owners and stopped being shown. Today he avoids that scene and most everything and everyone else, as he’s at least a borderline agoraphobe. And while he still works profusely, he hoards his own creations – his house in south Philly contains thousands of paintings, most of which have never been shown publicly, but much of which is truly stunning: a montage about midway through the film dazzles with several paintings per second, a bombardment that stirred my insides like not much else lately.

• Little Girl
Hopeful and heartfelt documentary about Sasha, an eight-year-old transgender girl whose family guides her around obstacles of old-school gender norms in her rural northeastern French town. Sasha realized she was a girl by age 3; her mom Karine speaks poignantly and frankly about her own internal struggles with this reality, and about the institutional blocks that threaten to hinder Sasha’s childhood. The film does a great job exploring the family’s dynamic – dad and siblings come around in their own ways, but all find themselves learning to navigate the world on Sasha’s behalf. Cannes winner Sébastien Lifshitz has crafted a marvelous film that reminds us we’re only seeing a small portion of one child’s experience, while grandly asserting optimism for similar journeys to come.

• Mother’s Milk
Writing in response to the pervasive and heartbreaking stories that seem to be fixtures in American news cycles, director/writer/actor Larry Powell shared his stage play Mother’s Milk with a community of artist-activists to translate through a variety of cinematic viewpoints. The story of Sparrow, a young Black man on a metaphorical quest to “meet his mother and find his way home,” became a “film quilt” – a collaborative effort shot by nine filmmaking teams and edited into something magical, jarring, and unaccountably moving. The astonishing editing of a melange of styles works wonders in covering a hell of a lot of narrative and emotional ground in just over an hour. It absolutely knocked me sideways.

• The Pink Cloud
This Brazilian film was conceived as speculative fiction – and shot well ahead of the coronavirus pandemic – but eerily predicted a lot of our present. The story concerns two people who wake up after a one-night stand to learn of an environmental threat that will force them to quarantine together. For more than a few days. Or weeks. Or… well, I won’t go into how prescient some of the particulars were/are. The performers are terrific, and debut filmmaker Iuli Gerbase quietly stuns with visual strokes of light and color. I was riveted.

• Rita Moreno: Just a Girl Who Decided to Go For It
The subject of this exemplary bio-doc is one of the few actors from Hollywood’s studio era still working today, and she’s created a new iconic role for every decade she’s been in the biz (while, of course, earning EGOT status in the process). Hilarious and heartbreaking by turns, Just a Girl… doesn’t succumb to a lot of docu-tropes, and even puts a clever spin on the gap-fill original animation so commonly seen in today’s on-screen nonfiction. Like Miz Moreno herself, the film is personable and stylish and genuine and complex; its interweaving of past and present elements gives a remarkably effective “eternal now” quality in charting an exceptional journey through the business of making art.

• Street Gang: How We Got to Sesame Street
1969: Nixon inauguration, Apollo 11 moonwalk, Stonewall demonstrations, Woodstock festivities… and Sesame Street. This marvelously assembled, HBO-produced documentary centers on the first two decades of a TV series that at the time was considered highly experimental, if not downright weird, and would of course prove itself to be revolutionary. Unlike other recent Sesame docs, this one gives due focus to Joan Ganz Cooney, a socially conscious media executive working in the then-fledgling world of public television, and the eventual matriarch of the Children’s Television Workshop. The film also showcases the New Yawkiness of the whole enterprise, demonstrates the series’ fundamental belief in the power of representation (decades pre-wokeness), and treats viewers to tons of exclusive ’60s-’80s footage (including some rather blue muppet outtakes – and I am not just talking Grover or Cookie Monster here) that is funny and moving and thoroughly sublime.

• This Town
It’s been a while since I was so amused by a film that didn’t make me laugh once. This first Kiwi movie to premiere in NZ cinemas after they re-opened (in mid-2020!) does the mockumentary thing in following a young man suspected of, um, murdering his family, as he tries to reenter the dating scene (!) while dealing with his nosy small-town neighbors. Droll quirk to spare, with poignant moments that manage to shine.

• Under the Open Sky
Richly layered and textured Japanese drama about a lifelong Yakuza (the great Yakusho Kôji), faced with an unfamiliar world after a long prison stint, who tries to move beyond his criminal past and find the mother who abandoned him as a child. The narrative meanders sometimes, but thanks to wonderful performances all around the film bustles with compassion, and is never less than compelling. Maybe a bit long, but frequently stunning.

• Wisdom Tooth
Originally programmed in SIFF’s (aborted) 2020 edition, having racked up a slew of festival prizes around the globe, this spellbinding drama concerns an undocumented hotel maid, her fisherman half-brother, and a wealthy young woman who may have ties to organized crime. The twisty and indefinable narrative moves so deftly and confidently among points of view that the viewing experience would be jarring in lesser hands than those of rising-star debut feature filmmaker Liang Ming, who makes the slippery-cold northeastern Chinese setting a fascinating character all its own.

• Censor
In the midst of the ‘80s “video nasties” moral panic, a British film censor named Enid previews splatter films that are seeking rating certification for home video release. One such film shockingly mirrors the experience of her sister’s disappearance years prior, prompting Enid down a very weird rabbit hole. Period style and mood are spot-on, and it all spirals into something I don’t think I’d want to try putting into words, even if I were only talking amongst myself.

• Charter
Separated from her children and worried her assholish ex is poisoning them against her, a woman named Alice (expertly portrayed by Ane Dahl Torp) rolls into the northern Swedish town where they live and whisks the kids off on an impromptu Tenerife resort vacay. Maaaybe not the best idea for someone whose emotional stability has been questioned in the midst of a bitter custody battle. After the excitement of the escape/abduction, a lot of arbitrary withholding (particularly from the kids) worked my nerves, but I was very glad I stuck through a bit of act 2 dragginess.

• Strawberry Mansion
In this film’s gleefully low-budget sci-fi future, people’s dreams are recorded, assessed, and monetized as they sleep. The narrative follows a “dream auditor” (codirector Kentucker Audley) arriving at the titular home of an aging eccentric with a massive VHS archive of a lifetime’s worth of her dreams; as he sifts through them, he perhaps finds a chance at love. An easy, light, not-too-long outing that feels like a mid-‘90s indie-fest deep-cut, and mostly in a good way.

• Sweat
Polish drama (by a Swedish director) about a fitness celeb and Instascam influencer named Sylwia – both the energetic and vivid public persona and the darker, anxiety-plagued version that lies not too far beneath. As she works toward the realization of a big goal – a spot on national morning TV – interference comes from internal and external forces. I dug the film and its excellent performances a lot, but there’s a particular squirmy bleakness about the proceedings that might not be for everyone right now.

• When I’m Done Dying
Striking animated sequences punctuate this thoughtful and beautifully-shot Turkish drama about the underground hip-hop scene in Istanbul’s slums. The story – one that won’t be unfamiliar to anyone who’s seen any harrowing drug-addiction tale on any screen, ever – concerns a poor aspiring rapper whose budding love interest (a not-poor young woman who can afford to donate books and dabble in EDM) may or may not inspire him to get off the street junk. Given everything going on with the mostly unmoored characters (many of whom are portrayed by non-pro actors), the film’s not-quite-finished quality actually works.