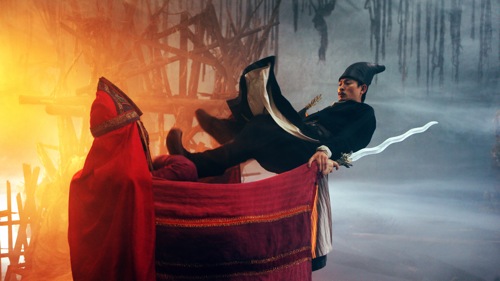 I have two SIFF recommendations today at the complete opposite ends of the cinematic spectrum. Detective Dee and the Mystery of the Phantom Flame is a non-stop Chinese action fantasy involving spontaneously combusting diplomats, masters of disguise, a whip-weilding female warrior, and so much CGI it looks like the characters are walking around inside a video game. Still, watching how it all unfolds is nothing short of delightful – if this is the kind of thing you like, that is.

After a few dudes catch on fire (from the inside!) while building a giant buddha, the evil empress of China gets clued into the fact that someone is probably trying to kill her. Naturally she decides to let her greatest enemy out of prison – the formidable Detective Dee (yay, Andy Lau!) to help her solve the case. There are sword fights and horse chases and over-the-top battle scenes, but what’s really thrilling is the way the plot twists and turns to throw your suspicion in a different direction every 5 minutes. LOVED this and highly recommend.

{Detective Dee screens at SIFF Wednesday 6/1, 7pm at the Neptune and again Monday 6/6, 9:30pm at the Egyptian} 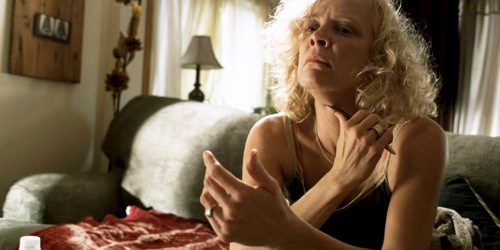 If you’re looking for something with more of a slow-burn, the ultimately depressing yet brilliant film Marrow also screens this evening. Seattle Director Matt Wilkins filmed this haunting drama in the forests of WA state, so there’s plenty of familiarity in the scenery – but the subject matter is…something else.

A single mom (why I have not seen Frances Hearn before? She’s awesome!) living in a house inherited from her father starts having hallucinations about *something* living in the walls while she’s renovating the property, and also has to deal with her very troubled teenage son. Frequent flashbacks to conversations with her dad reveal several traumatic episodes, and the realization that his mental illness may be manifesting in both herself and her son. Marrow is beautifully shot and powerfully acted (yeesh- there’s some severely disturbing emotional stuff going on here), and definitely worth your time.

{Marrow screens at SIFF Wednesday 6/1, 7pm at the Harvard Exit, and again on Saturday 6/4, 3:30pm at the Admiral Theatre}