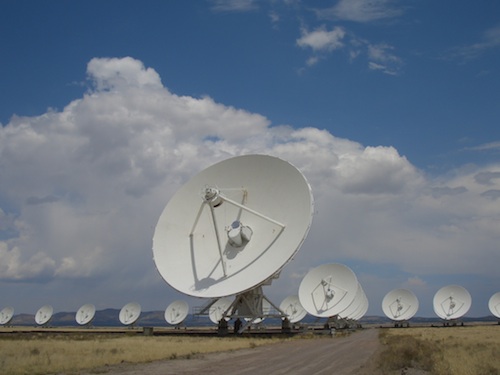 You may want to believe – but in what exactly? That aliens are among us and engineered the creation of our species through DNA experiments on early primates? Or maybe that the government has been running a focused disinformation campaign to spread stories of UFO’s to distract the public, flummox the Soviets, cover up advanced technology programs, or perhaps just to goose Hollywood box office numbers? And don’t forget about the possibility that these government coverups are muddying the waters – hiding our dealings with the aliens by spreading half truths about aliens.

Yep – if you thought the final years of the X-Files was all over the place, brace yourself for Mirage Men. This documentary delivers access to the players – from UFO researchers telling tales of good men turned mad by the NSA, to the OSI agents who told the lies.

By the end, it’s just as impossible to know what to believe as when it started. On the negative side it’s not really the intense mind-fuck I was expecting. Partly because after the most intense story of government manipulation early in the film, everything else seems tame. And secondarily because the picture never really establishes the bonafides of the talking heads convincingly. Everyone seems off (possibly delusionally off) and lacking in gravitas – to put it mildly. So by the time the snake starts to eat it’s own tail, it’s too easy to start wondering if you’re watching a modern daySasquatch… a film whose documentary provenance feels shakey (which in that case, it was, as apparently anyone but seven-year-old me knew it was a dramatization – of probably absolute fiction). The whole picture has the production values (likely purposefully) of what I’d imagine the X-File’s Lone Gunmen would deliver, and at times could stand to use some exposition beyond the talking heads. If you’re familiar with, and deeply into, this UFO space I doubt it breaks any new ground. For me, it whet my appetite to understand what exactly the government was spending out tax dollars on. It’s reassuring that the story isn’t about how the military was killing off people to keep their secrets, but whatever was/is going on, it’s hard not to wonder if folks could have come up with less elaborate ways of handling things. I’d be down for watching a deeper and more involved take on this material. For this version of Mirage Men, I’ll vote “moderately interesting with some significant flaws.”

{Mirage Men is screening at SIFF on 5/20 at AMC Pacific Place, and again on 5/21 at The Egyptian}