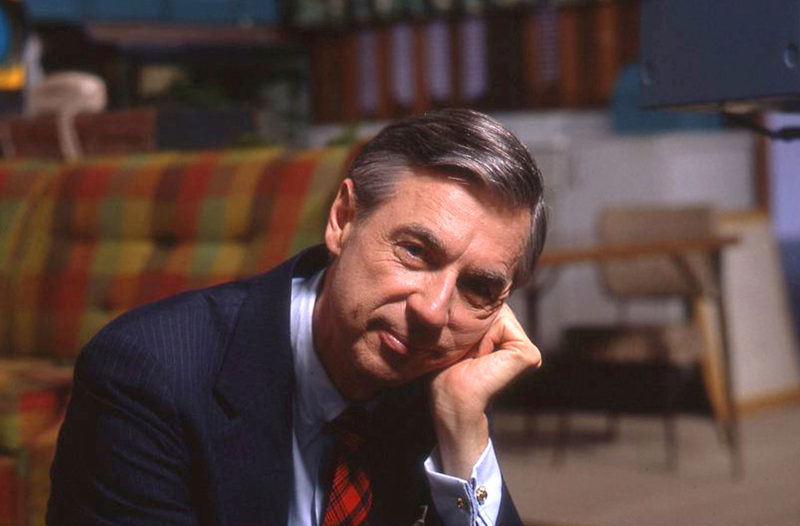 SIFF Review: Won’t You Be My Neighbor?

When I was a little-little in the early ’70s, I loved Mister Rogers’ Neighborhood SO much, I declared to my mother that I was going to marry Mister Rogers. While I don’t remember everything I learned during those 30 minutes of excellent children’s television, I do remember feeling safe and comforted, and like Rogers was an adult who really understood me.

Flash-forward to 2018, with me sitting in a press screening for Won’t You By My Neighbor, sobbing my way through an entire box of tissues while clutching imaginary embracey’s arm. Information which is probably no surprise to you — if you, too, were a devoted watcher of MRN and are full of warm fuzzy memories of cardigan sweaters and tennis shoes, Daniel Tiger, King Friday XIII, meow-meow kitty, Lady Aberlin, and more.

What I didn’t really remember from my childhood, and what caused more of those tears than the pure nostalgia of it all, was just had radical Fred Rogers’ was. His steadfast opinion that children need help processing all the scary stuff in the world just like adults do, and his belief that EVERYONE is deserving of kindness and acceptance is nothing short of mind-blowing. Rogers talked about the Vietnam War, guns, death, segregation, and so much more with the aide of puppets, neighborhood regulars, and one very endearing little trolley.

The film also brings up some pretty incredible Nixon/Trump parallels, including the President’s recommendation that the government slash public television funding — in which, Fred Rogers makes an argument so compelling and touching that even the hard-ass Senator who could’t be bothered to hear “one more argument for it” melted into a puddle of emotion after Fred was done reading the lyrics to a song he wrote about what children need.

What I’m saying is, y’all NEED to see this film. Just be prepared to get emotional and mourn the loss of a man who devoted his life to being kind.

{Won’t You By My Neighbor screens at SIFF Saturday, May 26, 6:30pm – tickets on STANDBY – and Sunday, May 27, 1:30pm, at SIFF Cinema Uptown. Director Morgan Neville is scheduled to attend both screenings}