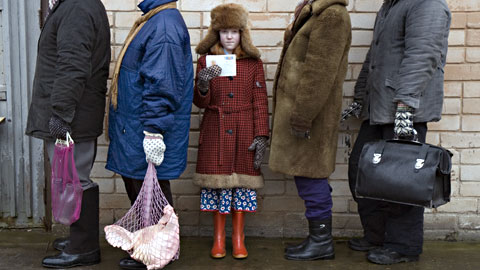 Estonia was once part of the Soviet Republic, when such a thing existed. Its location in Northeastern Europe gave Estonian leaders a big problem during the Cold War: their people were able to access television programming from the western world (from neighbor Finland). Disco and Atomic War is a fascinating documentary about the Estonian and Soviet governments efforts to keep out western television out of Estonia – and equally great lengths the Estonian people go through to keep it in.

The film ends (spoiler!) with the collapse of the Soviet Union and while it would be a stretch to say it failed specifically because of the Moscow’s attempt to keep western television out, but the point remains: organizations that try to suppress basic human desires through force won’t win in the long run.

{Disco and Atomic War screens at SIFF on Thursday, June 3 at 7pm at SIFF Cinema, Monday, June 7 at 9:30pm at the Egyptian and Wednesday, June 9 at 7pm at the Kirkland Performance Center.}