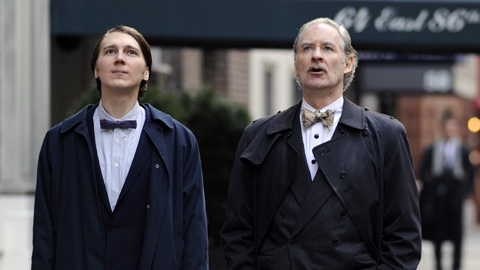 Kevin Kline isn’t just an “extra man,” but an “essential man,” as he likes to boast. He’s a guy brought in to charm little old ladies with lots of money and their friends at fancy parties in the most maxbialystockian of ways. His roommate is the young, naïve Paul Dano, a dismissed literature professor who is trying to make it in Manhattan. They’re a regular odd couple, Dano is idealistic and liberal and Kline’s character could accuse Glenn Beck of ACLU membership.

The film is often quite funny and succeeds in spite of itself. Each character has enough personality quirks to make for its own Wes Anderson miniseries. Kline, though, can be hilarious (as can John C. Reilly) and that is ultimately what makes the film work. Each person on screen probably needs to resolve their issues on the couch of a good therapist, but if they did that, there wouldn’t be much of a film left.

{The Extra Man is the opening night gala film, which screens Thursday, May 20 at 7pm at Benaroya Hall. Tickets and more info can be found here.}