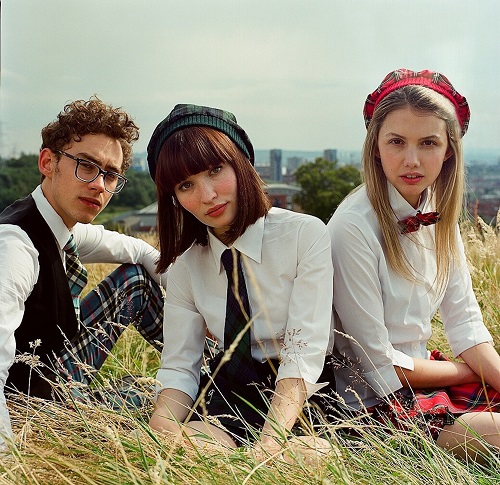 Prior to seeing God Help the Girl, I’d only been a somewhat-interested fan of Stuart Murdoch and Belle & Sebastian—hearing their most popular songs in passing. Sure, I listened to plenty of friends rhapsodize about The Boy with the Arab Strap and agreed with them that it sounded great; I just never cared enough to scrape up enough pennies to buy it in the pre-download era 90s.

But ALL THAT HAS CHANGED now that I’ve seen the glory of Murdoch’s directorial debut, based on his 2009 album of the same name, in which he wrote a story-telling album about a troubled girl and hired a bunch of relative unknowns to sing his words. Wait. What? Why I had never heard of this before? I am clearly WOEFULLY out of touch and desperately un-hip. Liz Riley, I am sure this must be something you have a copy of on vinyl, correct?

But anyway, let’s get to the film. Murdoch wins the award for best casting ever in everything, because Emily Browning is PERFECT. Man, that girl can SING. And also ACT, which is equally as important, given the multi-layered performance required. Browning plays the title “girl,” Eve, who escapes the boredom of her treatment facility to attend a rock show one night and falls into friendship with adorable guitar player James and his piano student Cassie. Summer fun times lead them to form a band together, but Eve’s fragile mental state threatens her relationships with the only people in her life who have ever provided stability.

Olly Alexander & Hannah Murray also do an excellent job as James & Cass, and the trio’s hipster-perfect outfits and video-cammed antics make you want to jump in and join the fun. But don’t be fooled: what looks (and sounds) like a twee pop rock musical actually dives into some seriously deep issues. Look past those bright pop montages, watch Browning emote 1,000 things with just her eyes, and really listen to the lyrics to get the full picture. Short story: God Help the Girl is simply gorgeous, and I can’t wait see it again.