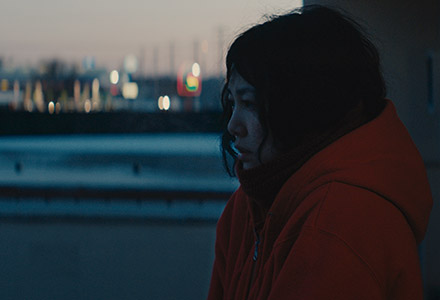 Kumiko, the Treasure Hunter is based on an urban legend that a Japanese woman mistook Fargo for a documentary and came looking for the treasure so cleverly buried by Steve Buscemi under an inch or so of snow. Director David Zellner and his brother and co-writer Nathan imagined what might have driven someone to seek something so ephemeral and came up with Kumiko.

At first it seems that Kumiko is disaffected in a Daria-type way, layering herself under a comfortable blanket of disaffected cynicism to protect herself from the shallow drudgery of her days and the ceaseless disapproval of her mother. But it becomes clear after a while that she probably suffers from some serious mental and emotional problems, including depression, social anxiety, and disassociation. Knowing this makes it harder to root for her as her quest becomes increasingly quixotic, if not thoroughly hopeless—she’s clearly in danger she simply doesn’t, won’t, or can’t comprehend, no matter how many well-meaning people try to help her. Rinko Kikuchi does some impressive heavy lifting keeping us interested in her journey, and the cinematography is unwaveringly gorgeous, with shades of Kubrickian symmetry boxing everything in in Japan contrasting with an almost claustrophobic vastness of the frozen North country, but ultimately the movie gets buried under the weight of Kumiko’s delusion, like the unconquerable snows of the Minnesota fields.