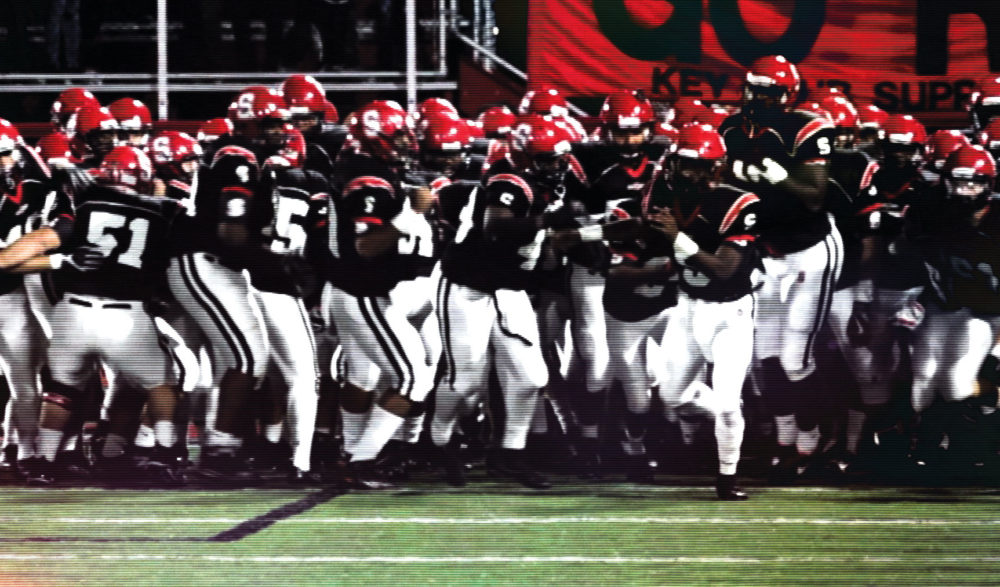 In 2012, I remember hearing about the Steubenville rape case via Twitter, and as I started following Alexandria Goddard’s tweets and blogs about, I became more and more sick to my stomach. That same sick feeling followed me through Nancy Schwartzman’s documentary, Roll Red Roll.

Schwartzman leads with the evidence Goddard first discovered: social media posts that document the two high school football players dragging an unconscious girl down to a basement party and assaulting her. Footage of police interviews (interviews, it’s important to note, that only took place after all this evidence was brought to light) reveals the toxic truth: most of the town believes it was the victim’s fault. We also get to hear from Alexandria, who has been barraged by death threats and even a defamation lawsuit just for posting the truth.

It’s important to recognize that the Steubenville case and Goddard’s illumination of it helped bring national attention to rape culture. See this film, and then keep watching; keep talking; keep thinking; keep hoping. I believe that’s the message Goddard and Schwartzman would want us all to take away from this horrifying story.

{Roll Red Roll will screen at SIFF on Tuesday, May 28, 6:30pm, and again Wednesday, May 29, 4:30pm at SIFF Cinema Uptown. Director Nancy Schwartzman is scheduled to attend both screenings}