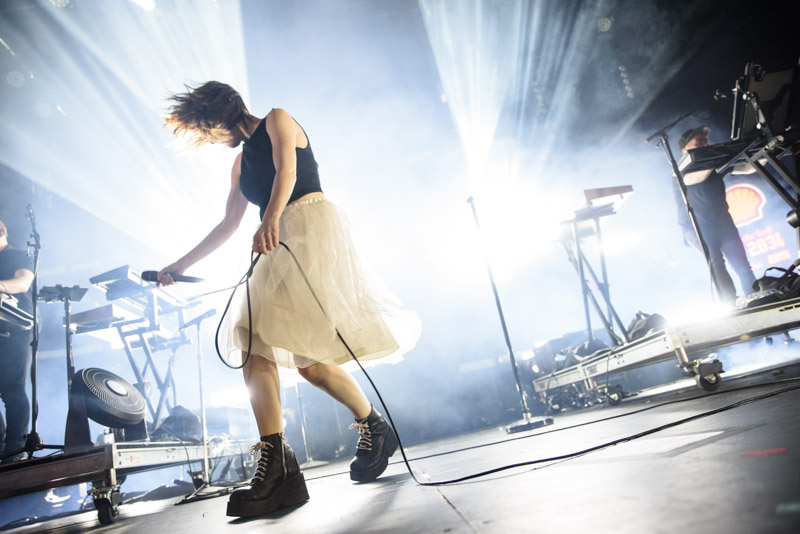 By day 3 I realized how much more I need to make exercise a part of my daily life. We leisurely strolled from stage to stage (because I could not do anything but be in leisure) in our Sunday best as we enjoyed these final hours of CHBP.

A big thanks to CHBP for the fun weekend! Can’t wait to see you next year, when we are even older. Team Birthday out.

No More Weak Dates is my anthem lately. The tracklist is seriously too accurate, detailing the weird spaces humans make around each other in love, dating, and the vague gray. I was so excited to see SassyBlack in action being, well, sassy as F. Even though we only did a quick drive-by viewing of this hypnotizing lady, her opening call of “I’m so sassy” felt like a declaration of independence.

Joy Formidable is a band that no one can disagree with you for liking because they don’t particularly offend anyone’s tastes and if you were stuck in a car with someone for six hours you could at least pop them in and both of you would probably not hate each other and maybe even find some common ground on what car game to play while you’re stuck in traffic and you would make an effort not bring up that One Thing you shouldn’t bring up because Politics. That’s their charm, y’all! They bring all kinds of people together! But they also rock really, really hard. The live experience of Joy Formidable is so different than the listening–in a good way. While their big sound feels like it’s fighting its own confines in their latest album Hitch, on stage Ritzy Bryan and co. cavorted so hard I’m surprised they didn’t get whiplash.

If you weren’t at CHARMS you were in the wrong place. Like a harbinger of what was to come, they started their set by blowing a fuse, which was appropriate because there was so much rock happening I thought I was gonna get MY FACE BLOWN OFF.  A lady mosher started the party in the pit and it seemed like the only encouragement the crowd needed at a time when they were aching to jump in. Yeah yeah, lady mosher! At some point E.J. Tolentino noted how much Block Party tickets are selling for these days which was a good reminder of how lucky we all are in Seattle to catch these same bands around town for (usually) a fraction of the price. Coincidentally you can catch CHARMS play again on Tuesday, August 2 at Chop Suey.

At the end of the set, we all wanted more, including the real real white guy next to me screaming “UNO MAS! UNO MAS!” as he fist-pumped toward the heavens and I gave him extreme side-eye. Okay, guy. They played “Gold Statue,” which was one of my favorites of the night. A final note: they just joined Killroom Records, so a big congrats to them!!

Even though STRFKR has been here a veritable buttload of times I’d never been to a show until this day, which is a shame, because if I had known about the confetti I would’ve been there way sooner. Even if it was kind of Flaming Lips Lite in terms of the theater (as in, less baby dolls being cradled), just dang! Those flamingos! The astronauts! A floating human raft!

The 2016 headliner Chvrches was just so goshdarn cute. Lauren Mayberry is one of those tiny people who look good in anything so that even when she was talking about a bird shitting on her earlier that day I still responded with “Awhhhhh.” They played all the hits, including “Never Ending Circles” and “Leave a Trace.” The set was accompanied by killer light show that was the perfect, uplifting end to a weekend full of great music.