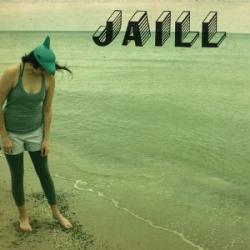 That's How We Burn

Underground veterans Jaill (made up of lead vocalist Vincent Kircher, along with unexplained players Austin Dutmer, Andrew Harris, and Ryan Adams) make a strange connect between shared hometown Milwaukee’s alternative daddies Violent Femmes (think fast songs on the first, frat-loved album), and wordy garage art-rock bands like The Shins. The latter is the major discernible influence on the second and third tracks here, “Everyone’s Hip” and “On The Beat” (the second sounding much like something from Chutes Too Narrow).

Strangely assertive-riffed first song, “The Stroller”, deludes the listener into assuming things might get almost kind of metal on That’s How We Burn, the axe-grinding seeming a little too broadly melodramatic in an opener for a band more at home with crunchy compositions guys like Scott McCaughey (Minus 5, Young Fresh Fellows) create.

Sort of how like the smoking girl with the shark hat on the beach on the cover might mix someone up into thinking this is the next batch of Girls, Dum Dum and/or Vivian. Instead, as the lyrics almost too-quickly unroll stories of “shooting up in bed,” “she said you’re a dog and it is your stick that has got me riled,” “cheering you up is a wicked task” and their “take and leave it lifestyle(s)” reveal Kircher and his fellow musicians as perhaps the insouciant control freaks and co-dependents haunting those gals’ guts or glory fables.

Besides the full-throttle of “The Stroller” (which does have an awesome paradox in its cognitive behavior advise of a chorus, “when you panic, do you count to ten / when you’re surrounded, do you hold your breath”; one is bad, the other not), only the sort-of ballad “Summer Mess” is musically all speedy-hooked garage-beat punk pop.

I keep hitting repeat on songs, wanting to dive back into these terse, sometimes vicious (to self and others) words and worlds, picturing the basement lives spilling over into dark parties undone and new scenes becoming just another “house of sin.” It’s to Jaill’s storytelling skills these skinned knee tales are so inviting, but I think a lot of that has to do with both the amounts of verse being thrown out keeping you attentive, along with the quality of never letting a riff go on too long in any direction before being ganged up with a vocal crescendo or a six string mash up.

I will admit I don’t have many people I could recommend this album to easily; it’s not an easy full length to peg. It’s not a category or genre; it’s a cranky, well-made chunk of struggle and bliss. I wouldn’t hesitate to see them live and I can’t stop playing it, and I’ll just leave it at that.