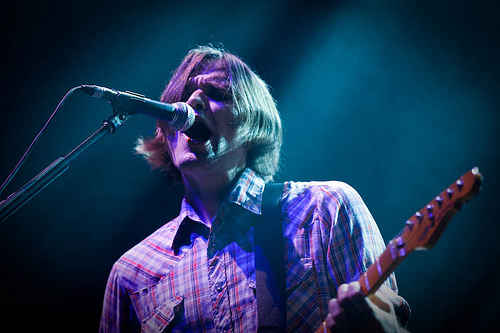 Hear that? It's the collective "Nooooooooooo!" of indie-rock girls everywhere…

In a bit of gossip that is cute enough to make you cough up tiny marshmallow chicks wearing white studded belts in some circles, indiepop darlings Ben Gibbard of Death Cab for Cutie and actress / the She in She and Him (Zooey Deschanel) are engaged to be married. It was originally and incorrectly reported (and unfortunately for him) that she was actually engaged to Hunter Bursa from AFI.

No comment has yet been made by their representatives.

It is said she was "swept off her feet" by his proposal. No date or plan has been announced to date.

Could there be a Tina Fey/Jeff Richmond-y actress/composer collaboration in the future for these two?

(Photo by the amazing Chona Kasinger)