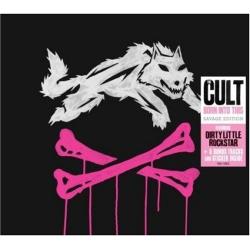 The Cult live in Seattle

I have always thought that the first few records by The Cult were great. Their 1984 debut Dreamtime is perhaps the best, with its powerful songs and personal lyrical content. Singer Ian Astbury is part Native American and the record is filled with themes related to the struggles and plight of the race. Dreamtime also features the best band performance of their career. The guitar playing is sensational without being overdone and the rhythm section of bass and drums are incendiary. After that they recorded Love, which is still good, but the rhythm instruments were stripped down to the point of becoming basic accompaniment for the guitar and vocals.

Unfortunately, the band next went on to record three hard rock records that, like the genre, were superfluous and bombastic. They had one more great album that was recorded when hard rock and hair metal became unfashionable, the stellar self-titled 1994 release, which saw them return to form for the first time since 1985. On it they cut out the cock rock soloing and focused on the songwriting. The cathartic lyrics and vocal performance also enhanced the album, as it was a huge departure from the big chorus stuff that they were doing in their previous discs. In 1999, they took one more stab and hard rock and released the awful Beyond Good and Evil. It seemed that they were finally done as the group broke up shortly after they toured behind that LP.

I was surprised when I read last year that The Cult were going to release a new album and I was expecting to discover another collection of mediocre metal, but when I heard some songs at the listening station at Sonic Boom, what I heard was a series of clips that were similar in sound to their underrated 1994 record. Born Into This, their newest offering, is good. Once again, the guitar wankery is mainly absent and the songs are pretty solid.

To conclude this very long story: Since after all these years I've never seen The Cult before, I decided to attend their show at The Showbox last week. It was well worth the price of admission because when they were good, they were great. And when they were bad, well, they were less than compelling.

Ian Astbury has a very Jim Morrison-like stage presence and his voice still sounds good too. Upon taking the stage, he dedicated the Seattle performance to Andrew Wood, from Seattle's Mother Love Bone. Guitarist Billy Duffy has a unique sound, expecially on the early material, which was enthusiastically performed. The other rhythm musicians were all much younger, but they provided a solid backbone to the two original members.

From Dreamtime, they opened with a storming version of "Spiritwalker" that was much to my delight. I never expected them to open with something so old. The pinnacle of the show was the rarely played "Horse Nation," which is another absolute gem from the first album. Astbury introduced the song as being about human rights, a theme that often arises concerning Native American subject matter. Much of the set was singles material and as expected, they did "Rain" and "She Sells Sanctuary" from Love. Both of these were inspired versions and Duffy played his Gretsch White Falcon hollow body guitar, the same one that he played on the first two albums back in the day. The other welcome surprise of the concert was the non-album track "The Witch." This song was the first thing that they did in the early nineties that focused more on driving, throbbing rhythm and less on over the top guitar bravado.

The new songs sounded good live as well. From Born Into This, they played the single "Dirty Little Rockstar" as well as "Illuminated," "I Assassin" and "Savages." All of these songs complimented the older material well. Unfortunately, there were some lows in the set too. The standout nadir of the show was a terrible nu-metal song, "Rise" from Beyond Good and Evil. The remaining singles from Electric and Sonic Temple also left something to be desired although the crowd adored the renditions of "Sweet Soul Sister," "Fire Woman" and "Love Removal Machine."

It was still a captivating show as The Cult proved that they have an impressive back catalog, especially considering the many musical styles that their records have covered. I get the feeling that a lot of their fans (including myself) are not too excited about certain albums or eras of theirs, but the group were in fine form as they seemed to please everyone in attendance at the sold-out show.