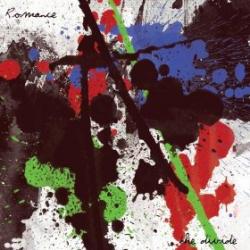 The Divide is the debut full-length album by Romance, a Seattle group with a characteristic post-punk sound that is unlike most local acts. They have toured extensively over the past few years and even opened for The Sisters of Mercy in November at El Corazon. Featuring solid production to boot, this LP reflects a well honed selection of songs that are impressively strong.

Working as a full album experience, The Divide, is a seamless assortment of songs that are strung together with precise cohesion. Elements of both old and new bands are present in this recording. Singer Drew Jackson's vocals are similar to those of Paul Banks from Interpol and Romance's music is at times reminiscent of them and at other times resembles the early eighties sound of groups such as Echo and the Bunnymen, Joy Division and The Chameleons.

With driving drums and guitar taking the forefront in the mix, Romance storms their way through eleven consistent tracks on The Divide. "The Order" is a standout that sounds like Public Image meets Siouxsie and the Banshees while "Face on the Sun" is another memorable song that is at once catchy and edgy. In fact, there are several songs here that combine these features, giving the record some serious potential to make an impact outside of the Pacific Northwest.