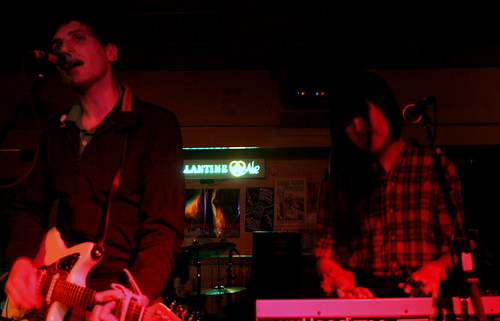 That subject line appeared in my inbox and I nearly wet myself. I’ve talked lots about how much I love The Pains of Being Pure at Heart (and I’m going to be out of town for the CHBP).

However, there’s no Seattle date announced yet (though, there’s a mysterious gap between Boise and Portland, and something tells me they’re waiting until after the Capitol Hill Block Party to announce a Seattle date). If not, I’ll certainly be driving down to Portland to catch them at Music Fest Northwest!

Actually, I’ll probably do both. I flew out to Cleveland to see them play a few months ago, and the second they started I knew it was worth the airfare.

So, let’s all cross our noisy indie pop fingers and hope for a Seattle show, and if not, I’ll see you in Portland!