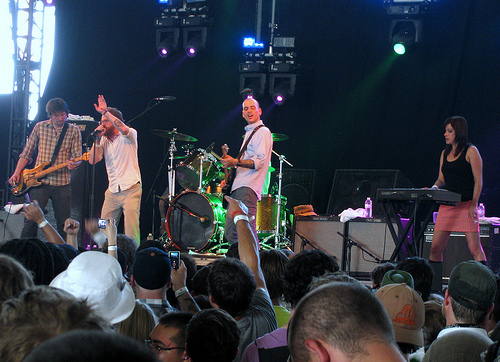 The very brief recap of Coachella even though I wasn't there and I only talk about Murder City Devils and Los Campesinos!

It's a major undertaking to get a gal like me to Coachella (what with all the sunshine, crowding, honey buckets, $5 water), so I am uber thankful that I had a couple friends head down there and send photos back of the highlights.

Here are two favorites. They might not have been taken with some fancy flash action – but they do capture what it's like to be "on the ground" (and in one case, it appears, possibly backstage – sigh!).

Jeanine Anderson added her Murder City Devils photo to the Three Imaginary Girls Sparkly Indie-Pop Photo Pool group on Flickr, and I love it because it brings together Seattle goodness and the grandscale of Coachella. Look at our local kids go! 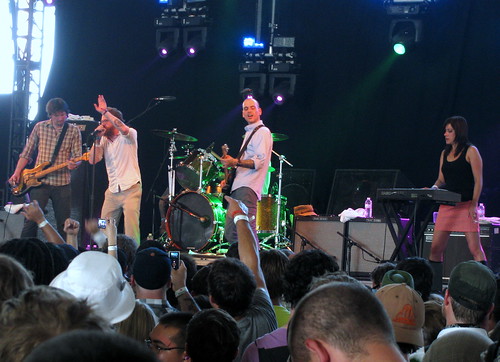 Our pal Corianton Hale sent a photo over of Los Campesinos! heating up the already hot desert landscape. Look at those awesome dresses and the crowd going wild! I had extra appreciation for this after I read Gareth Campesinos! Coachella blog post on the LC! blog. 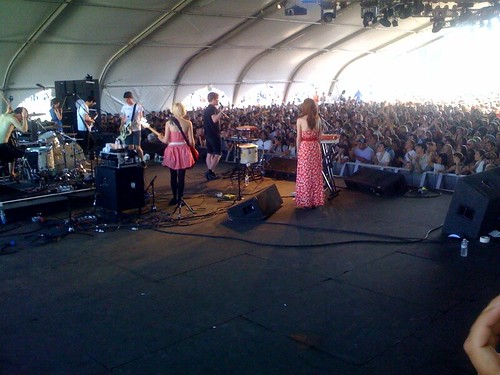 And because the ability to slide this in is too easy, I will allow myself to post a favorite video from the Los Campesinos! (be still my heart) Coachella show. It was their last song of the set — and I think I might even spy Corianton in the crowd!

OK, our daily lives aren't Coachella all the time, but there's still tons of great shows around town. See more live show photos in (and add your own to) Three Imaginary Girls Sparkly Indie-Pop Photo Pool group on Flickr!

Did you go to Coachella and have some photos to add to this haphazard mention? Tell all!