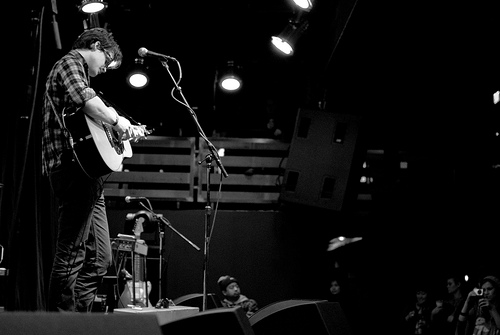 As I am often prone to say, I can not stress with enough adjective how badly you need to get yourself to this show tonight. It is, in fact, a moral imperative.

Fact #1: Pearly Gate Music is one of the best new bands to happen to Seattle since forever. I gush and gush to anyone who will listen to me about their epic-ly penned lyrics, their seamless stage presence, and the harmonies that, at times, put the best of the best to shame. As stated in one of said previous gushes:

To get an idea of their sound, first think about some Fleet Fox multi-layered vocal awesomeness. Then, back out the campfire-y brand of Americana storytelling, and add in some heartstring-yanking lyrics (something about your hair, and my clumsy hands). Now, make it all pour out of these four ridiculously talented dudes on command, like someone is flipping on the flawless switch. That’s about as close as I can get to describing what they do, and I don’t even know if I’m doing them appropriate justice in my use of adjective.

Oh, and here’s a quick PS worth noting: they just got signed to Barsuk. (Hells yes!) So you’ll do yourself a favor to come & get it on with them at the Croc before they’re playing shows too big for you to get into on a whim. It’s worth noting that I stated this earlier in ’09 after their KEXP in-studio aired, standing at the Sunset, which was packed to the brim for their mid-slot set — and I actively realized that it would be most unlikely that I’d see them in a venue this intimate again anytime soon. 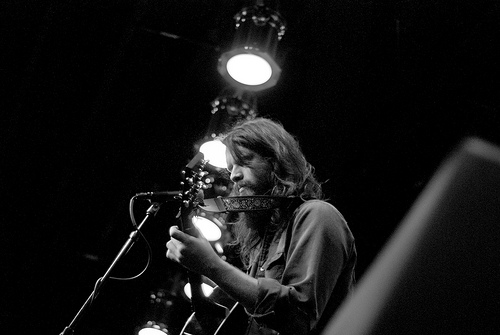 Fact #2: J. Tillman’s new album will kick the crap out of you. Really. The most recent release on it speaks the truth, so far as I’ve been able to tell:

Unknown to just about everyone, Tillman started recording in April, tracking most of the instruments during the two week session himself. Hammered dulcimer, banjo, recorder, cymbals of varying size and wheezing air organs all feature heavily and lend YITK it’s bizarre scale, conjuring tidal shifts with tiny movements. The string arrangements, performed by Jenna Conrad, as well as transposed from Tillman’s sung direction, were intended to rest on chords almost counter-intuitively, bringing to bloom complex, decontextualized tones.  Most noticeable upon first listen, however, is the production itself.  While most of Tillman’s records evidence some shambolic home recording, YITK is undisturbed throughout. Out up front of the mix, and dry as a bone, Tillman’s voice is featured in a way unlike any of his previous records.

The new work is epic and gorgeous — however, heed this fair warning: in order to enjoy it, you’re going to need to stand up straight and pay attention, kids. The last time I caught J. Tillman & Co. at the Croc, a particularly ornery batch of loud-mouths about a half-dozen songs into the set kind of wiped out the vibe. The band responded by going up as loud as a half-dozen people can without breaking windows, and proceeded to blow the roof off the Croc — and then they walked off stage. They’re worthy of your undivided attention — so make sure you bring it.

See you at the show!