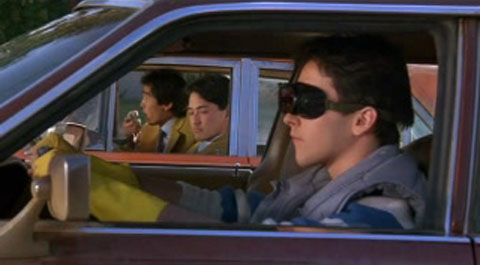 Yes, kids. Thre was a time when John Cusack made good movies. It was called “the 80s”. Haul your cookies over to Central Cinema tonight at 8pm for an awesome Quote Along to the Savage Steve Holland classic Better Off Dead starring an utterly adorable John (circa 1985) as depressed teen Lane Meyer, whose hot girlfriend (hey! That’s Tina from A Nightmare on Elm Street) leaves him for a snooty, popped-collared, feather-mulleted ski jock. 80s hilarity ensues as Lane attempts suicide, hallucinates dancing hamburgers, drag races, and pretty much totally ignores the even hotter French exchange student trapped at the hell that is his neighbors.

But hey – why am I telling you this? You already know, and that’s why you need to go to the Quote Along tonight. Tickets are $11 at the door (too bad they’re not $2!), and you can drink wine or beer and have a FRAUNCH dip or FRAUNCH baguette while you yell out your favorite lines. “Gee, I’m real sorry your mom blew up, Ricky.” As a bonus, free Q-tips will be provided.