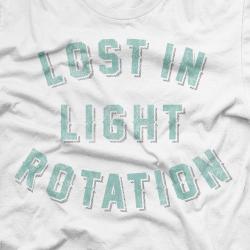 Tullycraft's first single came out when I was fifteen. Played heavily on WPRB Princeton, "Pop Songs Your New Boyfriend's Too Stupid To Know About" was the start of MY long and damning relationship with indie pop. Yet, like the boy in that 1995 single, Tullycraft has made me worry I was too stupid to know about the bands they were singing about.

My love for them has been a combination of sheer adoration and joy coupled with a nervousness that I was missing the joke — maybe I too, in the words of the album's title track "Lost in Light Rotation," never took the time to learn the slang that we speak or the slogans on the t-shirts. Yet when the message is all wrapped up in harmonies and power chords, I forget my fear for love of bouncing and singing along.

Tullycraft’s vision of twee was something both sweet and cynical, a cuteness belied with dirty jokes, and both obscure references and snide comments about other bands. Don’t you dare try to tell me they’re all about ukuleles and bunny rabbits and cuddly wuddly love songs! The hearts in their songs are often broken, the best times have already past, and computers don’t even exist as a way to keep in touch with friends.

The band is fronted by a bass player who finds four strings too cumbersome, and two handsome guitarists who blend jangle (Chris Munford) and angle (Corianton Hale) while singing backup vocals. Now that Tullycraft has elevated Jenny Mears to belting out entire verses, I’m happily reminded of some of the greatest Fastbacks moments when the band goes into power-pop mode. While their last album, 2007’s Every Scene Needs a Center, mostly stumbled through a number of monster metaphors, Lost in Light Rotation is a clear celebration of romantic attempts at reinvention, insecurity and optimism wrapped up in cheerful and catchy sounds.

The joy of self-transformation fused with the anxiety of fitting in on "Queenie Co." hits sharply to someone who has lived in 5 cities in 10 years. When Jenny and Sean alternately sing I love my music and I’m tired of all my fake friends it is the realization of someone moving to a new town after she fell in love with a perfect sound. When I hear this, I’m guilty as charged.

The first single and title track, "Lost in Light Rotation," continues to analyze music obsessives, those who might trade the myth for the truth and tend to overrate. The longevity of Tullycraft leaves a hundred bands that may have inspired "No Tic All Tac": like their classic single "Josie", here we have another tale of a girl group gone wrong. Josie appears again, at least in name, in the next song "Dig Up the Graves".  I dream of hearing this song going out over tens of thousands of festivalgoers, even when it might be about those bands that are revived to play such festivals.

I live in slight fear that every Tullycraft album might be their last one.  Yet when another review mistakenly says it’s been a decade since their formation (fact: it's been almost two!) I understand just how confusing this band is to other people. You either love them or you won’t, but every album seems to be less intimidating to introduce to other people. Now that online streaming has separated much of the myth of bands from the music, nothing is stopping you for taking my word that this is an excellent album: a great starting point for the uninitiated, a cheerful revival for the old guard. While the rest of the indie pop world plugs in samplers or turns up the reverb, Lost in Light Rotation gives Tullycraft lovers new and old something to reminisce over, and root for.