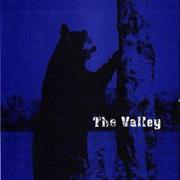 I'll admit it. If you saw photos of me from 1991-1993 you'd instantly know I was from Seattle. I was at the perfect age to absorb influence. I wore the holey flannel, the scuffed Doc Martin 8-holes with green plaid laces, the Sub Pop Loser shirt that baggily hung over my cut-off camo shorts bought at the Army-Navy surplus store on 1st Ave., and the purple streaked hair. The above is pretty much the exact outfit I wore throughout those first couple years of high school until I figured out that girls could wear skirts and still be rocknroll.

But the clothes were just a part of the persona. It was the music that should field the blame for the retrospectively unsightly appearance. CDs of all the requisite Seattle bands lined my collection (Green River, Mudhoney, Nirvana, Pearl Jam, Soundgarden — even a copy of the coveted, then out-of-print "Deep Six " comp on CZ). I went to all the shows (at least the ones I could get into, being underage), and someday will be able to tell my kids I saw all the bands from that scene in their prime. I had a healthy (or maybe unhealthy) fascination with Eddie Vedder and was even blessed to get to meet him-twice-during the height of my obsession (No, I was not stalking. It was pure luck. Really.)

But then I started to grow up and out of the phase. I found those skirts; I could no longer deny my love of Brit Pop and boys (and let's be truthful: the above outfit I described isn't exactly a guy magnet), and the straw that broke my back on the whole 'grunge' thing was undeniably the day Vogue released its fashion spread replete with the logger-look of flannel, corduroy, and hefty boots that had dotted our city and my closet for years. Seattle usually flies more under the radar (Sorry, Boeing. I couldn't resist that Jet City pun.) and all the attention we were garnering was becoming too much. Mark Arm and Mudhoney really knew what they were talking about when they sang "Everybody loves us/everybody loves our town…it's all overblown."

But I never really let go of the music. I may have shelved the discs due to burnout (though you'll still hear Pearl Jam on my iPod and I have recently renewed my love of Nevermind since I replaced my stolen copy), and I may have started going to many more Straightedge/hardcore shows intermixed with emerging indierock and alterna bands than 'grunge' shows. But the influence of all that churning, distorted, dirty rock and wailing guitar solos never will leave my bloodstream.

That's where the Valley come in. The three-piece, all hailing from the area by the same name as their band (between Lewiston, WA and Clarkston, ID), came together in our fair city in 2001, and they've got all parts of the equation that was the Seattle Sound in the early 1990s. It's great to be back.

Their album, The Valley, gets me totally amped. It contains all the buzzy, chugging, Rainier Beer and sticky rock-club floors of Seattle Rock of the past, and I can't help but love it. As I said, it's in my blood. Singer/guitarist Dan Beloit growls, the times are straight 4-4s (Taku Minehsita on bass and Jim Laws on skins), the guitars are heavy and distorted, and the solos just enough parts metal to put a silly-sick grin on my face. It's part Seaweed, part Mudhoney, part Hammerbox — and all parts distinctly Seattle.

The debut release on The Swingline Records has eight great, rocking songs with titles like "Kisses, Hugs and Prescription Drugs" and "Your Love is Like Las Vegas" sprinkling the liner notes, and straight-up tunes with cowbell, dirty riffs, and mosh-worthy beats. As though to contradict themselves, they toss in a bit of slowcore melody to the mix, channeling sonic assaults like My Bloody Valentine in the process. To that end, an eight-plus minute ditty of feedback and crashing drums ala Smashing Pumpkins closes the record ("New No. 2"), and despite the length-and that nearly the entire second half of the song is instrumental — it does not get boring. To top it all off, according to their press bio the band has literally been banned from many downtown Seattle establishments simply for playing too loud.

Man, I missed this sound. So next time you see me, if I'm wearing my "Loser" shirt, I hope you'll understand.