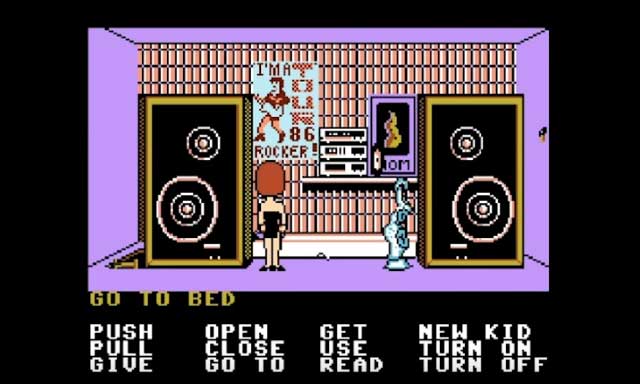 “Cold Open” is an early sneak peek of the new Kleenex Girl Wonder album, The Comedy Album, set for release on October 28, 2016 on double vinyl. As KGW explains, The Comedy Album is not a collection of jokes – rather, “…The Tragedy Plus Time Album would be more accurate. Because even as [KGW songwriter] Smith likes his melodies catchy and saturated with hooks, he likes his humor dark and buried in bleakness. You have to cry to keep from laughing.”

The album also includes such enchantingly titled songs such as “Parody Music” (which I’ve heard and highly recommend), “The Wackiest Prank of All Time,” “Fuck The New Yorker,” “Alone Indefinitely,” “I Love New York (Magazine),” “Like Lena Dunham.”

[quote style=”boxed”]I was in Norway trying to film a video for another song, and when I got back to my hotel, I got an e-mail from a gentleman name of Daniel Watkins, telling me that he had been experimenting with some glitch techniques, and had decided that the song “Cold Open” would be the perfect fit for a showcase of same. I agreed wholeheartedly. The song itself is a real treat for me, since it was produced by one of my favorite musicians in the world: a young musk ox of a man named Saskrotch who grew up, as I did, in the Western Suburbs of Chicago. His treatment works very well with the rapped cadences I had put together — in fact, I recorded the demo over one of his older tracks, and they fit perfectly there too — resulting in a dizzying trip across tons of emotions, references to various Internet sagas, and of course, an Arrested Development reference so buried in jargon that even the most hardcore fanboy would be taxed to his or her limits to find it.[/quote]